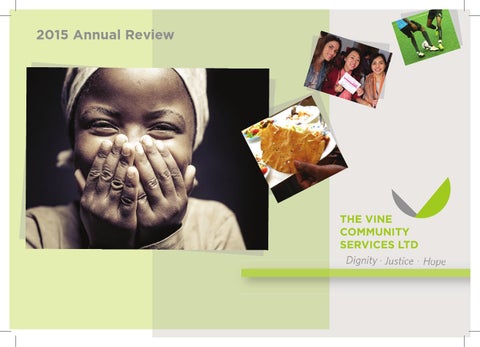 LETTER FROM THE CEO

From childhood, my parents taught me about a world in

which all people were equal, in which justice was a universal truth, and society helped the weak. As I grew older, I found that the real world did not work this way. There were some who were considered more valuable than others, while those who were not pretty enough, fast enough, or strong enough were left behind. These realisations unsettled me.

I now witness how portions of our population are seemingly

stuck; uneducated, in poverty, and without equal access to healthcare, finances, security, or justice. I see how many of the strong and

For this reason, I am so excited to be working with VCSL. Together, VCSL and our

partners are pursuing dignity, justice and hope for those who have been left behind by society. Despite the realities I have seen, I cannot give up on the ideal I have held since childhood of a world in which all people are held as equal.

Refugee and Asylum Seeker (RAS) ministries. Long time pastor, John MacPherson stepped into his new role as an ambassador, traveling and bringing awareness to the issues of those seeking safety in Hong Kong. During the year, Pastor Roy Njuabe joined Pastor Michael Chard to help minister to our 300+ members. In 2015, RAS financially supported 245 people, and helped to shelter eight new families and fifteen adults.

the African Fellowship and Asian Fellowship. The choirs have already begun to outreach to other churches and will proceed into the coming year. The two choirs aim to bring awareness to the situation for refugees and asylum seekers. The climate in Hong Kong has been antagonistic towards those who come here looking for shelter. The outreach will be a cultural exchange to provide the city with a better impression of asylum seekers.

In 2015, RAS increased interaction with Fridayâ&#x20AC;&#x2122;s Chinese-language PLUS group. This

culminated with a Vine Plus team participating in the VCSL Football Tournament. We look forward to more of this type of inclusion with the Refugee and Asylum Seeker ministries in 2016.

The “Manahatha” family (not their real names)

was living in desperate conditions. The father, mother, and two children found accommodations in a tiny two-room “house” in the New Territories.

Although the address would not have been considered legal for other residents, their status as asylum seekers meant that the rules were less stringent. Their home did not provide shelter from the elements, which was a desperate situation in a typhoon-prone city. The family would sometimes arrive drenched for fellowship, because the rain would blow straight through their tiny abode. Mother and father were distraught and sought help for their little children. Pastor Michael interceded for the family, making multiple calls to their social worker pleading with him to let the family move house.

The family’s social worker finally allowed for them to move, but their finances did not.

VCSL stepped in to help with the moving deposit and immediate moving expenses. All was well worth the effort when Pastor Michael witnessed the delighted children inspecting their new home with huge smiles. Today, the “Manahatha” family are safe, dry, and in good health. The home is a mere 300 square feet, but it is a huge step up from the unlivable conditions they endured for a year and a half.

The School of Opportunity is now in its third year of

operation. As one of the key initiatives of VCSL, we continue to promote our goal of educational equality for everyone by serving The Vineâ&#x20AC;&#x2122;s refugee and asylum seeker community as well as the local poor.

The work we do is not possible without our many

volunteers who deeply believe in and promote our cause by giving their precious time towards our annual commitments.

Every year, we hold two holiday schools for our refugee children. In 2015, Summer

School had 60 students enrolled with 31 committed volunteers who provided international quality education to children aged from 4-18 years. Our students were taught a wide variety of subjects, including music, art and science.

As part of the holiday school, there were weekly field trips where whole families explored

CURRICULUM DAYS FOR THE COMMUNITY

The Curriculum Day ‘brand’ has now been established, offering all children a special

time of learning together. Each Curriculum Day is a top-quality, themed event that covers a particular school subject, and is delivered by specialist teachers in a caring environment. This year subjects included Geology, Science, Dance, and the Dramatic Arts.

to pay. Our K3 program subsidises the associated ancillary costs in order to ensure attendance and success at this vital stage in a child’s development. Each year, generous sponsors commit to a child and their donation provides for transportation to and from kindergarten, uniforms, and educational materials. In addition, we meet families regularly, and provide nutritious food items to supplement children’s diets.

them with education and skills that will help them in their eventual country of relocation. As an example, we assisted a participant to become qualified as a Kindermusik teacher.

was successfully relocated to Canada. The single mother and her twin boys had been the first beneficiaries of our K3 programme. The mother describes how K3 was a joy for her boys and a massive relief for her. We are still in touch with the family, and are happy to report they are thriving in their new homeland. We look forward to serving more people and expanding our scope so more local poor can benefit from our work.

Do you know there are trafficked people in our

city? Human trafficking is not something happening ‘over there”, but it is happening right in Hong Kong. Sex workers, and in some cases, migrant domestic workers, are being bought cheaply, used, and eventually are thrown away like trash. Such atrocities have increased VCSL’s mediation efforts for such victims through the STOP programme.

project manager to oversee daily operations, strategic planning, and project implementation. In July 2015, STOP re-launched its bilingual website (www.stophk.org) to reflect its current impetus. The site offers Hong Kong a platform to tell the stories of human trafficking survivors. As the list of stories increase, the site will be a useful podium to balance misleading statements, which deny the existence of Hong Kong’s trafficking dilemma. The current absence of a comprehensive anti-trafficking law in Hong Kong makes it harder for the exploited to seek justice. Therefore, in our newly established legal assistance referral program, STOP bridges the gaps between trafficked people, lawyers and legal bodies to ensure that trafficked victims are not excluded from our justice system due to their status.

To provide the general public with up-to-date human trafficking news and information,

STOP has also launched its social media platforms on Facebook, Twitter, and LinkedIn. We encourage you to connect with us for updates.

“No matter how much it will take from me, I want to fight for this.” These are the

courageous words of Rata, one of the exploited Indian ladies assisted by STOP who dared to break out of her grim situation. There are many more unseen Ratas in our city who do not know how to escape the cycle of abuse and exploitation. This is one of the reasons STOP exists.

Through STOP’S legal assistance referral program, people like Rata can be empowered

to stand up for themselves. Apart from providing assistance from a legal perspective, STOP reaches out weekly to at-risk groups to ensure that our services and information are available. Since victims of trafficking are often labeled as “hard-to-reach” communities, STOP must be strategic to inform the exploited about our services.

The work is far too great for any single organisation to accomplish,

and collective power is crucial. STOP believes that in order to achieve our end goal to stop human trafficking, organizations must advocate as one united voice.

In the coming year, STOP is also excited to announce a set of workshops in both English

and Cantonese to be held at the Vine Church. Our goal is to strengthen the infrastructure of the anti-trafficking field to prepare for strategic efforts to come in the new season. Concerned individuals will be encouraged, equipped, and empowered to participate, and ultimately impact their circles of influence for the movement against human trafficking.

to dignity, justice, and hope. We are dedicated to utilising education, training, and physical, financial, and spiritual resources to affect change. Our goal is to ensure that those who are marginalised and vulnerable are empowered to access these rights. To continue to provide our services to those in need and promote social justice in our city, your financial support is greatly appreciated. To donate online, visit vcsl.org/donations/

Make the cheque out to:

Send the cheques to: The Vine Community Services,

Please email the bank receipt to:

The School of Opportunity (10%) 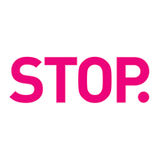 This brief report gives you a glimpse of VCSL's various projects in 2015. For more information, visit www.vcsl.org

This brief report gives you a glimpse of VCSL's various projects in 2015. For more information, visit www.vcsl.org