art & design / where do you see the beauty

“Light is what can return the beauty” – Martina Frattura | Manchester 2016

Martina Frattura, an architectural lighting designer is seeking the emblem of ‘beauty’ through her human centered project titled, A Beautiful Light. The study addresses vitality as a mesmerising impression which invokes within us when we look at something beautiful. While considering the ephemeral nature of this feeling and questioning the dichotomy between beauty, space and time, Frattura says, “Being surrounded by beauty can help with feeling vital, but what happens when we are at work, or any given space where we have no control over the environment and we are required to run a task?” With her research, she brings forward ‘artificial lighting in its highest potential… that will go beyond the wall of studios, offices or universities, to get closer to people.’ It all started when Frattura began noticing the ‘distance between science and design, especially over the effects of light exposure

on the psychological health of a user in a space.’ Further, she went on to explore psychology and neuropsychology by digging into the deeper aspects of light; the most powerful tool to affect daily life. A Beautiful Light begins with the designer inviting participants where she asks them one simple question: #WhereDoYouSeeTheBeauty This aspect intends to look for the trend in the physiological response of people to beauty. “For example, a person in front of a picture of their favourite town, or a woman staring at the most beautiful item she owns. Would they react the same way? Would their brain have the same electrical activity, or their body express the same level of arousal? To be able to identify a common ground on the subjective feeling of pleasantness that could later be used for deeper restoration,” explains Frattura. The second stage evaluates the definition of certain characteristics, such as ‘direction,

intensity, CCT, frequency, position… that a light stimulus, in a certain indoor environment, should have to be able to trigger a similar physiological response.’ People are asked to bring their own reference of beauty, preferably be a physical object, person or a picture of which Frattura takes a picture. Participants are given an hour to look at three images and running a brief fast recall test by wearing EEG and GSR devices which are non-invasive, lightweight and portable. The study establishes that the idea of beauty is subjective and different societies, cultures, climate and food influences how fascinating something is and how the body reacts to it. Having hosted across Bulgaria, Portugal and Iceland, this fascinating project of beauty, reflection and introspection will soon be conducting this immersive experiment in India and Canada. www.martinafratturablog.tumblr.com 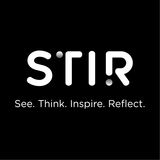