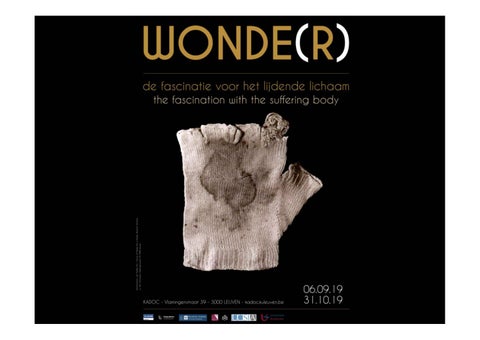 Wonde(r). The fascination with the suffering body Pain repels. Yet, in nineteenth- and twentieth-century Europe thousands of people queued up to see the suffering bodies of the ecstatic ‘stigmatics’: the women and men that bore the Wounds of Christ. In Wonde(r) you discover the stories behind the wonder of their wounds. The exhibition invites you to explore the strange popularity of stigmatics. In objects, some of them belonging to the stigmatics themselves, you will encounter the varying, often sanguine reactions to the phenomenon: of press and Church, of neighbours and doctors.

Location Where better to have an exhibition on stigmatics than a former Franciscan cloister?

Our exhibition was organized in four different sections: 1. A historical corridor, providing a brief history of the phenomenon of stigmatization 2. Our ‘data center’, offering a general overview of the reports on stigmatics in this ‘golden era’ 3. The story of the modern stigmatics: the visitor could opt for a tour of the devotee (golden route) or a tour of the sceptic (blue route) 4. A present-day artistic reflection on stigmatics by the Belgian photographer Jeroen Vranken

What are these tools? Cilices and penitential objects used to self-inflict pain for participating in the Passion of Christ.

Inside the chapel there is a statue of St Francis demonstrating the successful spread of his cult over the centuries. Between c.1800-1950 he was at the center of a huge revival. Francis was the model for those who aspired to emulate Christ, especially stigmatics.

The phenomenon of stigmatization did not originate in modernity, but has a long tradition. We split its 1000-year history up in three parts.

1. The Paleo-Christian cults for the human nature of Christ and his martyrdom.

3. May women be alteri Christi? St Catherina of Siena and hundreds of stigmatized women show how stigmatization was predominantly a female phenomenon (95%)

Section 2. Data center: a portal into the nineteenth and twentieth centuries The visitor is welcomed into modernity by Maria Domenica Lazzeri, a stigmatic of international repute in the 1830s and 1840s. She became one of the models to which many nineteenth-century stigmatics referred. Cheap sketches and elaborate paintings portrayed her in a way that was instantly recognizable as a stigmatic pur sang.

To give you an idea of just how many stigmatics were reported in this period, we created our Wonde(r)wall of 275 stigmatics: if you look closely you can see that some of the portraits have a golden frame: these are the ones that were beatified or canonized. These lucky few constitute a fraction of all stigmatics. Padre Pio= golden frame!

Wonde(r) brings together the stories of stigmatics from Belgium, Germany, France, Spain, Italy, the British Isles and Austria. 275 stigmatics may seem like a lot, but this number reflects the limits of the historian’s sources: these stigmatics are only those for which we found satisfactory records. Do explore their stories in our database!

Stigmatics rose to the surface of public attention when they were seen, recognized as such. People had expectations with which they went to visit a stigmatic. Their wounds were vital, but not enough: pilgrims and curious visitors expected, in most cases, a woman, bedbound and suffering.

There were other ways to recognize a stigmatic. Several stigmatics wore gloves as a way to suffer discreetly. The purple gloves here are Sister Rumolda’s, a Franciscan nun from Herentals, Belgium, who wore them in the convent to avoid drawing attention to her intimate suffering with Christ. Others would take to ostentatiously wearing gloves when in public, turning these fingerless gloves into a stigmatic ‘trademark’, frequently to be worshipped as relic.

The stigmatics of the nineteenth and twentieth century made the news. Newspapers featured reports on visits to their houses, the medical investigations, the court cases they were involved in,â&amp;#x20AC;Ś

A common misconception is that the Church and the medical experts were opponents in their dealings with stigmatics. Actually, in many cases, the ecclesiastical authorities created the medical commissions that examined the stigmatics.

Medical experts could be pro or contra a case, their diagnosis could support or reject the miraculous nature of the stigmata. We left it up to the visitors which medical verdict to listen to.

Medical findings had an impact on the perception the stigmatics and their ecstatic episodes were not seldom deemed ‘hysteric’.

The Jesuit who photographed Louise Lateau in October 1877 also felt uneasy about her behavior in ecstasy. According to him, she looked like someone with a nervous illness and he therefore preferred the ‘normal’ portrait of her (praying).

A negative response of the Vatican: censorship and condemnation of stigmatics

A positive response of the Vatican: beatification and eventually canonization of stigmatics for their heroic virtues

Wondering if stigmatics are still popular today? Here you can see some of the devotional statues of the canonized stigmatics.

Those stigmatics not (yet) approved by the Church are not forgotten. Documentaries such as this one on Maria Domenica Lazzeri show how enthusiastic supporters keep the stigmaticâ&amp;#x20AC;&amp;#x2122;s memory alive while pleading for official Church approval.

This is a virtual tour of the exhibition 'Wonde(r): the fascination with the suffering body', which ran from 6 September to 31 October 2019 in KADOC, Leuven, Belgium. Pain keeps people away. And yet, thousands queued up in nineteenth- and twentieth-century Europe to see the suffering bodies of ecstatic ‘stigmatics’: the women that bore the wounds of Christ. In Wonde(r) you discover the stories behind the wonder of their wounds. The catalogue is available here: https://kadoc.kuleuven.be/3_onderzoek/33_onzeonderzoeksoutput/publicaties/expo/expo26. Because of the exhibition's popularity and its short running period, we have decided to also offer virtual access to the exhibition as well as to a 'behind the scenes'. Articles from Wonde(r): the fascination with the suffering body (virtual tour) 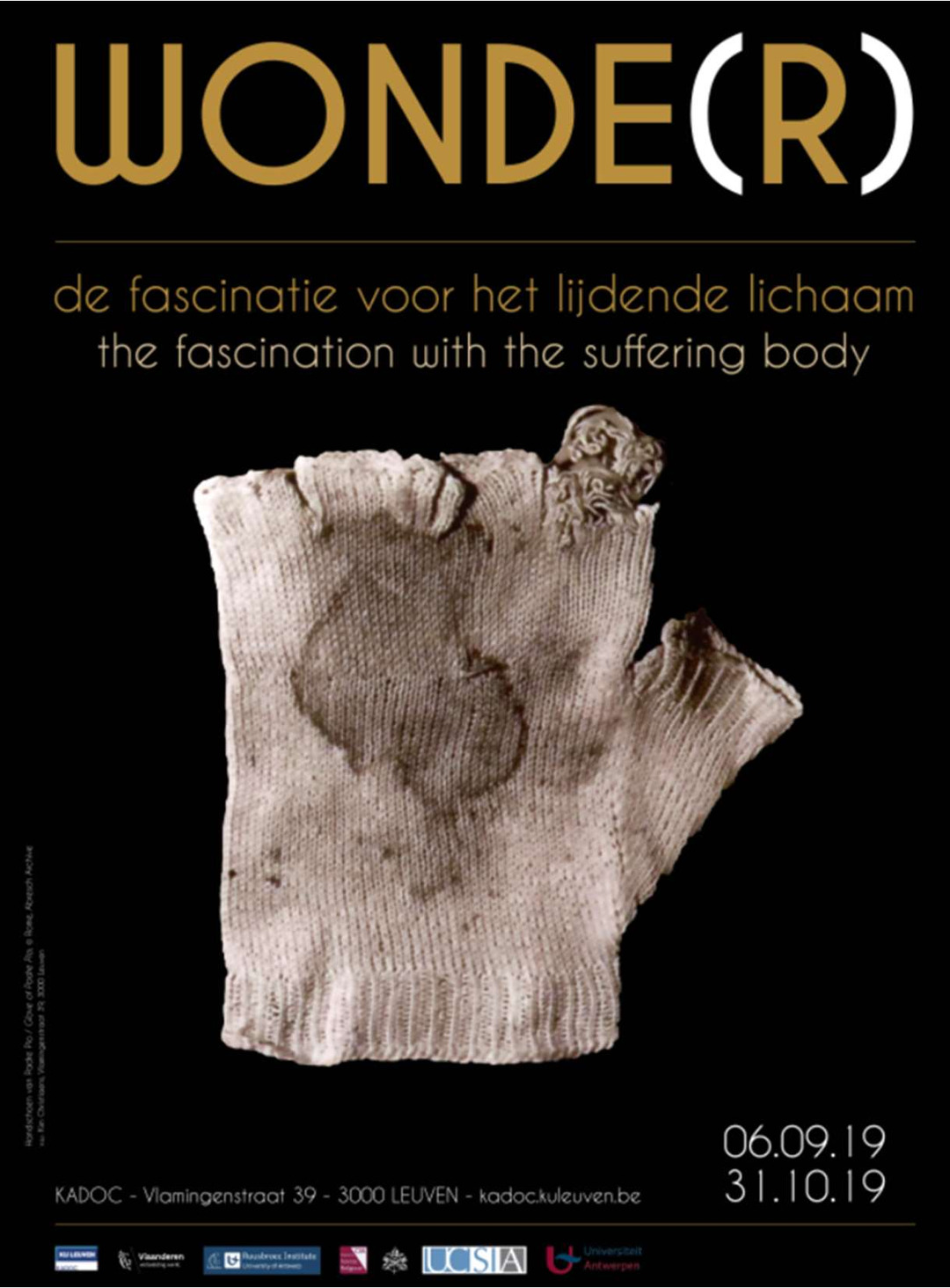