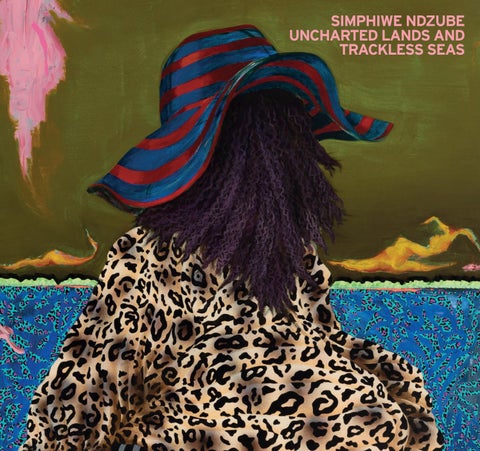 Today Monday. Low winter sun. Birds high (sparrows?). Sky leached of light. Observatory Station. Take the train. Doors swing wide. Sit in the dim third-class carriage. Overcrowded with the not-not people – hands, limbs, torsos – &amp; the silences of history. We travel across neighbourhoods erected atop graveyards. Listen. You can hear them sometimes. The unburied not-not people. Singing beneath the gravel. The train rattles &amp; sways, like a slave ship charting troubled waters. On the third day, the son of man – a preacher man pulls out a handkerchief. Wipes brow beaded with sweat. I lean back &amp; think of the dream I had last night. Oliver Tambo on the radio. A low baritone crackling through clouds of static. Comrades, he said, today I wish to talk with your dreams … In my left pocket is a shoe. A little girl’s shoe, with a pink bow crossbar. Seven months ago Once,

You lived in a body twice this size.

Call it Saturday night. Blood moon. Crimson sky. Walking along Lower Main Road. When suddenly – give me your phone motherfucker! – voices briefly loud echo down the neon-lit street. You feel the cold metal of a butcher knife gutting your entrails. One-two. One-two. Knees buckle. &amp; as you lie dying on the pavement, your senses are heightened. (Sound) Screams, car horns, tyres screeching on the asphalt. In the distance, a haulage truck pulling into a service station on the corner of Station &amp; Main. (Sight) Black birds (sparrows?). The orange glow of street lamps &amp; the UV light from a thousand cellphone screens, twinkling like fireflies in the dark of the night. (Sound II) Later, a siren wailing &amp; the slow percussion of a fading heartbeat: Bambuf Bambuf Bamb* You wake up in the back seat of a white Corolla with a cracked taillight. Eh brother – the driver calls to you. You look up at the rearview mirror &amp; your eyes meet. The skin on the driver’s face is badly burnt. Clothes covered in soot &amp; ash. Where to? You feel compelled to speak. &amp; the words come tumbling out. It happened just like that. There is a long silence afterwards. My brother, the driver speaks into the quiet. Were you here in 2008? Do you remember the xenophobia? You nod. Go on, you mean to say. I am from Somalia. My family sold everything to open a shop in Dunoon. I lost everything in one day, my brother. He raises a skeletal finger into the sky. Do you know what the police said? The police said we can save you or we can save the shop but we cannot save both. In that case, I said, let me die. The driver falls silent. Stares out the side window. At the desolate stretch of veld. The constellation of red stars. You’re lucky, he says. Switching on the radio and adjusting the dial. They only took your phone. You look down at your clothes caked with blood. Lucky, you think. He says you’re lucky. 6

Eleven days ago I dreamt about the baby in the dunes again last night. Not a real baby, only the foetus, floating in a jar filled with water. &amp; as always in the dream I’m certain. Edging back &amp; forth in the blinding white light like a chameleon. Until I press my ear against the cold, wet surface of the glass &amp; I hear a heartbeat. New Year’s eve. A passerby found the baby’s mother (19) lying in the sand dunes next to the overpass on the R300 highway. Beaten, raped &amp; set alight. The assailant had disappeared into the night. How had it happened? The usual story of violence in this country. How it flares without warning &amp; burns through everything close to you. Nomathemba, the dead girl’s Ma, said to the television cameras who swarmed the scene that when she sent her girl out into the world earlier that evening to buy a candle, she had forgotten what this world did to daughters. How sometimes they were returned to you in a body without light. We shall sing no more lullabies. Sifting through the sand dunes afterwards I find a red ribbon. Tainted with the scent of Ingram’s Camphor Cream. It belongs to the baby’s mother. I hold it in my cupped hands, dust off the pebbles, &amp; place it in my pocket. A memento to add to the collection of the Museum of Lost Objects. So many things are lost in this country. Persons, futures, histories – even graves. There is so much loss. The people without knees built monuments to their founding fathers, who started the great fire responsible for innumerable deaths of the not-not people. Giant statues of soldiers on horseback which still stand. Who will remember us, the things we lost in the fire? Today I’d hoped he would spare the pink-shoed girl. She was the only one among the living who could see me on the train. A ghost in bloodied clothes travelling in the dim thirdclass carriage. I pulled faces at her &amp; she laughed. A deep, roaring up from the belly kind of laughter. Her pink feet barely touching the ground. I won’t tell you how she died. I don’t know yet how to talk about violence in this

country without turning it into entertainment. But I’d known it would all come to a bad end. How her Ma was always hiding bruises. Mascara applied to a black-eye. A shawl to cover a roughed-up neck. Besides, I’d also seen the sparrows, the birds of death, calling out to them. Why does tragedy exist? a friend asked me once when I still lived in a body. Because you are full of rage. Why are you full of rage? Because you are full of grief. Ask a headhunter why he cuts off human heads. He’ll say that rage impels him &amp; rage is born of grief. The act of severing &amp; tossing away the victim’s head enables him to throw away all of his bereavements. I hold the shoe in my hand. Trace its contours. This was supposed to be a new country. But there was so much unbearable grief after the fire. So much loss &amp; hurt. &amp; from that unbearability sprung an epidemic of rage. &amp; from rage, killing. Killing that in turn produced more grief that in turn produced more rage that in turn produced more killing. Eh brother, why are you collecting all of these objects? Abdul, the taxi driver asked me the other day. I looked at him &amp; said, Brother, I am searching for the past tense of the word ‘hurt’. Sicela uk’thula apha ekhaya.

References – The line ‘she had forgotten what this world did to daughters’ is adapted from the opening passage of Lesley Nneka Arimah’s short story, ‘Light’, which appeared in the online edition of Granta magazine, https://granta.com/light/ – The line ‘I don’t know yet how to talk about violence in this country without turning it into entertainment’ is adapted from an essay by Lidia Yuknavitch, ‘Woven’, which appeared in Guernica magazine, https://www.guernicamag.com/woven/ – ‘ Why does tragedy exist? Because you are full of rage …’ is a fragment from Anne Carson’s preface to her Grief Lessons, quoted in Judith Butler’s essay ‘On Grief and Rage’, which appeared in issue #18 of the PEN America journal. – ‘Sicela uk’thula apha ekhaya’ (‘Let there be peace in this house’) is a common refrain used by the band The Brother Moves On.

In the late 1800s, before the Pioneer Column, a band of mercenaries gathered together by Cecil John Rhodes and the British South Africa Company, crossed the Limpopo River and annexed Mashonaland (in present-day Zimbabwe), Mbuya Nehanda, an oracle of the Zezuru Shona people, foretold the coming of the people without knees. Paleskinned men in long trousers, harbingers of the world to come, full of violence and death. There is no way of verifying this story but are you not astounded by the prescience of Nehanda’s metaphor – of the people without knees? A vision that came to her in a dream. Here, I am reminded of the Nigerian novelist Ben Okri (one of Simphiwe Ndzube’s influences), who says that we’re ‘Homo fabula: we are storytelling beings.’1 We make

meaning of our lives – as individuals, societies, nations – through stories and metaphors. Drawing from the world of his dreams and the reservoir

‘real’ South Africa is hardly recognisable in the fantastical

Africa. Of this place and time. The tradition of magical

country of his birth. Namely, the unresolved socio-political

realism allows Ndzube to transgress the limits of social

tensions that plague it.

realism – the dominant mode of speaking about this place,

In telling the story of the Mungu People – the

be it in political manifestos, newspaper reportage, NGO

extraterrestrial beings who occupy Mine Moon in order

pamphlets, cinema, literature, etc – and to make the familiar

to exploit its natural resources – and Spirit People – the

strange. Or put another way: Ndzube’s work breaks with

landless labour class left in the wake of the occupation

clichés of language and form to say something new.

The word metaphor originates from the Greek metaphora, ‘a transfer’; a transfer of meaning. Though the

conquest and its hangover. The dilemma of the Spirit People and the social

architecture of Ndzube’s Mine Moon echoes what the political scientist Achille Mbembe and the writer Njabulo Ndebele have each noted about present-day South Africa. That one of the main tensions is the realisation that the negotiated settlement which ushered Nelson Mandela into office in 1994 ‘did not erase apartheid once and for all from the social and mental landscape’.2 Instead, it led to a kind of historical interregnum. ‘[I]nstead of setting out to create a new reality, we worked merely to inherit an old one,’ Ndebele writes. ‘Redistribution was given priority over creation and invention. That way we reaffirmed the structures of inequality by seeking to work within their inherent logic.’3 Like Ndzube’s dictator Gorogo, ever-returning from the dead like a vampire, the past refuses to be vanquished. Or as one of William Faulkner’s characters once said: ‘The past is never dead. It’s not even past.’ The old is dying and the new is not yet born. This condition of limbo, an endless repetition of the same, thankfully has not led Ndzube into a creative cul-de-sac. Walking among the Spirit People, who are consigned by the Mungu People to work as gravediggers, one encounters a universe defiantly and beautifully alive in the midst of all that is contrary. I’m thinking here of Goddess Nanana riding her totem spirit animal, casting a slow gaze back at the viewer. Or the faceless figurines engaged in a playful competition at the end of the day’s labour. ‘All we’ve got are metaphors,’ the American novelist Jennifer Egan once wrote.4 It’s true. As artists, writers, citizens and even lawmakers, we’re all engaged in this quest for metaphors. Which in itself is a search for meaning. And working through various modes – painting, sculpture and installation – Ndzube, like the oracle Nehanda, has given us new metaphors; a new vocabulary with which to speak of our time and place.

Untitled Portrait I (The Gravediggers), 2018 Acrylic and spray paint on linen 122 x 92cm

Installation view of (foreground) Bhazuka: Michael Jackson of Mine Moon, 2018, mixed media, 135 x 110 x 70cm, with (left) Seekers of Light and (right) In Search of the Sacred Stone

On the Shoulders of Giants, 2018 Mixed media Height approx 210cm