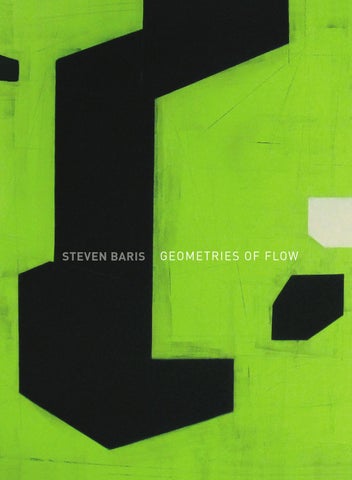 DOTTED AROUND THE OUTSKIRTS OF CITIES, even smallish cities, you see them: sprawling, utilitarian structures, often one story high; big, flat boxes, architecturally unremarkable except for their aggressive blandness. In fact these are no more “architecture” than is a bus stop or a phone booth. The front entrance is incidental; in lieu of windows, there are loading docks for freight-carrying tractor-trailers. They could be almost anywhere—anywhere that is serviced by a major roadway open to big rigs. They are built for merchandise, but they are not known by the old, pungent term “warehouse,” with its 19th-century overtones connoting disused goods gathering dust on creaky shelves. Lacking a sense of urgency, that word is fading from common commercial parlance—except in its verb form, which is nearly synonymous with “forget about.” The increasing ubiquity of chain stores has given rise to the regional “distribution center,” or (even more optimistically) “fulfillment center.” This ascendant language emphasizes not the wares themselves but the activities involved en route to their consumption. In the environs of these structures there is a peculiar sense of spatial disjunction, stemming in part from the absence of any organic relationship between the structure and its site. Steven Baris is beguiled by these disjunctive spaces and non-spaces, where the “center” is marginal, peripheral; where the economically important work of storage and retrieval is conducted in the exurban zones far from the heart of the metropolis. In Baris’s paintings—for example, GEOMETRIES OF FLOW E3 (page 06)—these anonymous buildings become vaguely ominous—simplified, stark silhouettes placed with great deliberation against a lush, luminous ground. Bands of color suggesting conduits or conveyer belts sometimes connect the boxy shapes to each other or to the edge of the canvas, as in GEOMETRIES OF FLOW D15 (page 26), but just as often they are disconnected. The artist takes some of his compositional cues from satellite photos of these copious complexes. In paintings such as DRIFT D2 (page 19), he combines various systems that have been developed for rendering spatial geometrical structures in two dimensions, simulating the disorientation that accompanies attempts to get one’s bearings in the “exurban archipelago,” as he calls this specialized district.

Baris finds kindred pictorial spirits in the Russian Constructivist artist El Lissitzky, and Ellsworth Kelly’s sublimely spatial painted reliefs—exquisitely calibrated, tough as nails. In Stuart Davis, Baris recognizes coloristic playfulness and an elastic, disjunctive pictorial space that echoes the layered, interpenetrating psychic spaces of the modern metropolis. Davis’s work, however, exuberantly celebrated the urban life of jazz clubs, flashing lights, the rhythm of traffic and commerce. Baris’s position vis-à-vis the new supply-chain culture is far more nuanced, ambivalent. He told me, “I often find a perverse enjoyment in these worlds while at the same time, an exasperation.” But Baris is not a sociologist, a psychologist or an economist; it is clear from his masterful approach to color, surface and scale that he is a painter through and through. His palette is challenging, to be sure, and it is self-justifying in visual terms, not symbolic or allegorical. In DRIFT D3 (page 19), a staggered column of polygons in gentle hues is seen against a vivid orange ground that nearly flattens the painting’s space up against the picture plane. Loosely drawn, horizontal lines slither across that ground, implying a matrix or mesh that subsumes the whole. These paintings embody give and take between the conceptual background that motivates their subject matter and the formal choices through which Baris puts that subject across to the viewer. He produces intimately scaled semi-sculptural works and enormous wall paintings with equally convincing results. STATIONS OF THE CUBE #3 (next spread, right), a shelf-mounted series of irregular polygons in white acrylic painted on small sheets of thick Plexiglas, has presence, gravitas, well beyond what its diminutive size prepares the viewer for: the shapes softly glow with ambient color reflected from the back of the panels. And the temporary wall work GEOMETRIES OF FLOW H1 (opposite), seen last year at the Delaware Center for the Contemporary Arts, framed nine levitating hexagons in black and turquoise against a 14-by-45-foot expanse of pale salmon-pink. As always in Baris’s work, there was no clear indication of near and far, over and under, forward and backward—save for one anchoring overlap in the composition’s upper left corner. Otherwise, the viewer’s impulse to organize the picture plane in terms of coherent, illusionistic space was pleasurably confounded.

And it is precisely the pleasure to be found in disorientation that makes these paintings click. We are accustomed to receiving clarity, solidity, firm pictorial ground from geometric abstraction. It is the atmospheric ebb and flow of expressionistic, autographic mark-making that is supposed to be the province of ambiguity and shadow, disorientation and doubt. “Flux” is brushy. The rigor of unequivocal edges, unmodulated color and graphically unambiguous distinctions between figure and ground—all hallmarks of Baris’s work—will, we expect, allow us a firm grasp on the content of a picture and, by extension, on the larger reality of which it is a paradigm. So it is a quiet, slow-burning surprise when Baris uses the formal vocabulary of geometric abstraction to introduce us to a world in which these apparent certainties are not what they seem, where illusionistic space is turned against itself, where the “center” cannot hold. As our hyper-networked culture advances, these marvelously unsettling paintings may come to seem less like a report from an expedition into the exurban archipelago, and more like a letter from home. STEPHEN MAINE IS A PAINTER AND CRITIC WHO LIVES AND WORKS IN BROOKLYN.

This catalog is published on the occasion of the exhibition: Steven Baris, Geometries of Flow, dm contemporary NYC, March 21 â&amp;#x20AC;&amp;#x201C; May 3, 2014. Funding for this catalog is made possible by a grant from the Pollock-Krasner Foundation. Cover: GEOMETRIES OF FLOW E1, 2013 (detail), oil on canvas, 48 x 48 inches Copyright ÂŠ 2014 Steven Baris and Stephen Maine All rights reserved. No part of this publication may be used or reproduced in any manner whatsoever without prior written permission from the copyright holders. StevenBaris.com Design: Linda Baris Design

This catalog was printed on the occasion of a solo exhibition at DM Contemporary, NYC in the spring of 2014. Essay: Stephen Maine. Design: Linda Baris. Funding was made possible by a grant from the Pollock-Krasner Foundation.