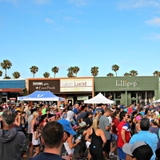 Stephen Mooney has a lot of love for music. At school and college, he played in many different bands. He can play a lot of different kinds of music instruments, and he still does it today. When he has the chance, he likes to show off his musical skills to other people. He was even a part owner of a record store franchise in the 1990s, which helped him learn how to be a business owner. At the end of the day, he also finds that music is a great way to deal with stress. People say that he has a lot of things to do both at home and at work, but he does his best to balance them. Music is a great way for him to relax at the end of a long day at work.