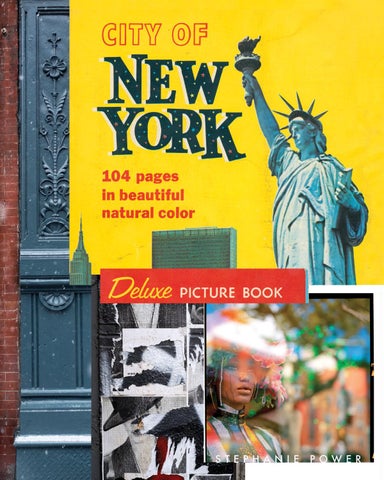 My father with his sister Bride Flynn and her daughter, Delores. Sunset Park, Brooklyn, 1963

My roots are showing: as a girl from out around the bay who “idolized New York all out of proportion” – to quote Woody Allen’s Isaac in “Manhattan”– a sense of aspiration informs this project. Growing up in Newfoundland, I had two tenuous connections to New York: my mother voraciously read the american society bible “Town and Countr y” and my father travelled to New York twice in the 1960’s to visit his sisters, Mar y and Bride, who as young women moved to Brooklyn from Chapel Arm, Newfoundland in the 1940’s. As a child ever envious that my aunts had unlimited access to such a cosmopolitan place, I was drawn to the idealistic notion of New York as a “magic city.” I was drawn to Mar y, a fierce woman who was my template for what I imagined was the archetypal New Yorker: brash, quick-witted, uncompromising. As a child, I witnessed her throw the “chin flick,” and it thrilled me. It was such a brazenly profane gesture from an old school God-fearing Catholic. And it was so New York! When she wasn’t working as a telephone operator, she dumpsterdived on the Upper East Side, carting her found treasures back to Sunset Park

to refurbish in her kitchen. All design aesthetic was grandly pronounced as “fantastic!” or “junk!” And she knew what she was talking about. She fed her beloved cat colony behind her building on 40th Street with a lifetime’s worth of kibble and it was obvious she preferred them to people. She remained close to my father until he died from complications due to Alzheimers in 2000. Now 95, and also with Alzheimers, she lives in an old age home in the same Newfoundland town where I drifted through the pre-fab hallways of my high school and plotted my escape to the magic city.

But I would never end up having the cojones to move to New York like Mar y and Bride, even though opportunities presented themselves to me. To this day, I remain an outsider: roaming the city with a camera, often strolling by Robert Frank’s house on the slim chance I might find him sitting outside – I hear it’s a habit of his. Frank, Garr y Winogrand, Diane Arbus, Helen Levitt and Saul Leiter: I worship them in the same way I worshipped Aunt Mar y. Their traces remain on the streets I walk: ghosts that whisper sweetly while I look for ward and backward through my lens, caught in a temporal loop, searching for a city that I’m not sure exists, except in my head. New York looms large in the collective imagination and we all have our versions of it.

11. William Power with sister Bride Flynn and her daughter

The act of walking through New York with a camera is an act of reflecting. MY/NY Deluxe Picture Book is a photo collage scrapbook of New York City. The artist reflects upon her family’s relationship with the city, using her father’s photographs as a counterpoint to her own. New York looms large in the collective imagination, resulting in a myriad of versions. Power’s walks through the city are both aspirational and aesthetic, bound by the inescapable extremes that it presents. MY/NY DELUXE PICTURE BOOK is the artist’s interpretation of the city. 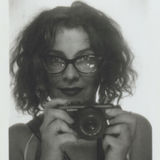