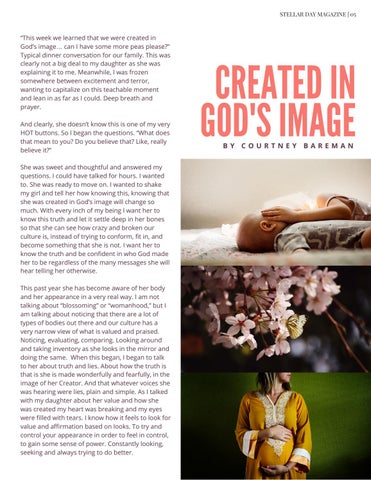 “This week we learned that we were created in God’s image… can I have some more peas please?” Typical dinner conversation for our family. This was clearly not a big deal to my daughter as she was explaining it to me. Meanwhile, I was frozen somewhere between excitement and terror, wanting to capitalize on this teachable moment and lean in as far as I could. Deep breath and prayer. And clearly, she doesn’t know this is one of my very HOT buttons. So I began the questions. “What does that mean to you? Do you believe that? Like, really believe it?” She was sweet and thoughtful and answered my questions. I could have talked for hours. I wanted to. She was ready to move on. I wanted to shake my girl and tell her how knowing this, knowing that she was created in God’s image will change so much. With every inch of my being I want her to know this truth and let it settle deep in her bones so that she can see how crazy and broken our culture is, instead of trying to conform, fit in, and become something that she is not. I want her to know the truth and be confident in who God made her to be regardless of the many messages she will hear telling her otherwise. This past year she has become aware of her body and her appearance in a very real way. I am not talking about “blossoming” or “womanhood,” but I am talking about noticing that there are a lot of types of bodies out there and our culture has a very narrow view of what is valued and praised. Noticing, evaluating, comparing. Looking around and taking inventory as she looks in the mirror and doing the same. When this began, I began to talk to her about truth and lies. About how the truth is that is she is made wonderfully and fearfully, in the image of her Creator. And that whatever voices she was hearing were lies, plain and simple. As I talked with my daughter about her value and how she was created my heart was breaking and my eyes were filled with tears. I know how it feels to look for value and affirmation based on looks. To try and control your appearance in order to feel in control, to gain some sense of power. Constantly looking, seeking and always trying to do better. 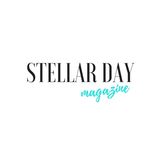