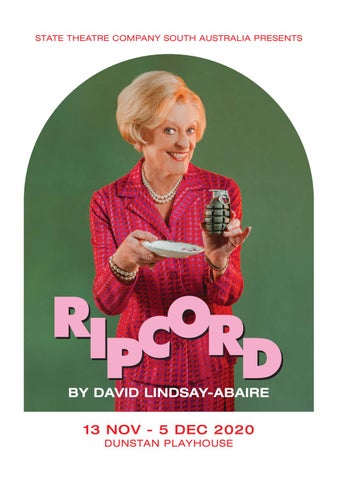 Director&#39;s Note - Mitchell Butel Starting over can occur at any age. This is a play is about people working through their fear, their past and their baggage to do just that. When I joined State Theatre Company South Australia, I came with a desire to program for as many diverse communities as possible and provide theatrical experiences for a broad range of people with a broad range of interests. South Australia has a high proportion of older people, with people aged over 65 making up 18 percent of the total population. It was important to me to program a play in my opening season that centred on those in later life and did it in a captivating and unique manner. David Lindsay-Abaire’s play not only does that but it provides a brilliantly clever vehicle for two women to showcase their supreme comic and dramatic chops. We are blessed in having Nancye Hayes and Carmel Johnson lead this excellent company. Nancye gave me my first ever professional theatre job in Sydney and I’ve worked with her numerous times since. I adore her – her craft, her humanity, her grace. And my adoration for Carmel Johnson’s breathtaking talent and wit is now fast growing too! They are joined by other wonderful actors who are full of humour and heart – Chris Asimos, Nathan Page, Jennifer Innes and Ezra Juanta, and a creative team of similar genius and loveliness. Ripcord is a powerful reminder that despite the challenges of transitioning into new stages of our lives, we are only as young as we feel. As Alice Roosevelt said: “First, you’re young, then you’re middle-aged, then you’re wonderful”. Or in the wise words of Peanuts cartoon creator Charles M. Schulz: “Just remember when you’re over the hill, you pick up speed”.

His most recent play, Ripcord, opened at Manhattan Theatre Club in 2015. His previous play Good People premiered on Broadway, was awarded the New York Drama Critics Circle Award for Best Play, The Horton Foote Prize, The Edgerton Foundation New American Play Award, and two Tony nominations. His play Rabbit Hole received the Pulitzer Prize for Drama, five Tony nominations, and the Spirit of America Award. David also wrote the book and lyrics for Shrek the Musical, which was nominated for eight Tonys, four Oliviers, a Grammy, and earned David the Ed Kleban Award as America&#39;s most promising musical theatre lyricist. David&#39;s other plays include Fuddy Meers, Kimberly Akimbo, Wonder of the World and A Devil Inside, among others. In addition to his work in theatre, David&#39;s screen credits include his film adaptation of Rabbit Hole, Dreamworks&#39; Rise of the Guardians, and the upcoming Family Fang, starring Nicole Kidman, Christopher Walken and Jason Bateman.

Costume design credits include Betrayal, A Doll’s House, Things I Know To Be True, Little Bird, The Seagull and Three Sisters. Other theatre design credits include Yo Diddle Diddle and Cranky Bear (Patch Theatre), Songs for Those Who’ve Come Across the Seas, Emil and the Detectives, The Mouse, The Bird &amp; The Sausage, and Ode to Nonsense (Slingsby), Vigil (Adelaide Cabaret Festival), Debut 5 and Naturally (Restless), Cloudstreet! and Dido and Aeneas (State Opera of SA), The Streets (OzAsia Festival), Other Desert Cities, Seminar and Skylight (Ensemble) and You, Me and the Bloody Sea. Ailsa worked in costume on The Straits, LAID, Underbelly - A Tale of Two Cities, Underbelly - The Golden Mile, Blue Water High, The Last Confession of Alexander Pearce, Ten Empty, The Boy from Oz Arena Spectacular, Priscilla, Queen of the Desert The Musical and High School Musical. Ailsa was the recipient of the 2011 Mike Walsh Fellowship.

Enken graduated with a Bachelor of Media/Arts at Adelaide University and a Diploma of Costume Construction at AC Arts. She has been Wardrobe Show Supervisor with State Theatre Company South Australia since 2014. She made her Costume Design debut in 2019 for A View from the Bridge.

Nancye Hayes AM is one of Australia’s favourite theatrical actresses. She is an accomplished actor, dancer, singer, choreographer and director. She began her career with J.C. Williamson Theatres Ltd as a chorus member in My Fair Lady. She went on to star in many major musical productions including Sweet Charity, Chicago, Sweeney Todd, Guys &amp; Dolls and 42nd Street.

Carmel Johnson studied at Stella Alder in New York. On returning to Australia, she worked with Rolf De Heer on films Bad Boy Bubby and Dance Me To My Song. Other film credits include Parklands, Kiss or Kill, Innocence, Rabbit Proof Fence, December Boys, Hotel Mumbai and Top End Wedding.

Most recently Nancye performed in A Gentleman’s Guide to Love and Murder for The Production Company. Other credits include Minnie and Laraz (Melbourne Theatre Co), Six Dance Lessons in Six Weeks with Todd McKenney for the Ensemble Theatre, Follies in Concert (Story Board Entertainment), Sondheim on Sondheim (Manilla Street Productions), as Ruth in Pirates of Penzance (Harvest Rain), as Lady Bracknell in The Importance of Being Earnest (STCSA), in Beyond Desire (Neil Rutherford Productions/Hayes Theatre Co), as Miss Hannigan in the Australian Tour of Annie (The Gordon Frost Organisation), Jerry’s Girls (The Production Company), Grey Gardens, Follies, Oklahoma, The Music Man, Funny Girl, Brigadoon (The Production Co.), Murderers (Ensemble), A Little Night Music, My Fair Lady (Opera Australia), and Sunday in the Park with George (Victorian Opera). Nancye Hayes has made a significant contribution as a theatre director. Her credits include The Boy from Oz, Sweet Charity, Gypsy (The Production Co.), Crazy for You and The World Goes Round (Western Australian Academy of Performing Arts), Australia’s Leading Ladies Concert (Brisbane Festival), The Wizard of Oz (GFO/SEL/Macks Entertainment) and Noel &amp; Gertie (Christine Dunstan Productions). Nancye has received Lifetime Achievement Awards from The Green Room Awards, The Sydney Theatre Awards and The Helpmann Awards. Nancye was honoured with The Order of Australia Award with an OAM in 1981 and an AM in 2014.

Television credits include Finders Keepers, Black Beauty, Glad Rags, 3Forever, Sun on the Stubble, The Adventures of Chuck Finn, McLeod’s Daughters series regular and ABC series Rain Shadow. For State Theatre Company South Australia, Carmel appeared in Triple Threat and Lion Pig Lion. Other productions include Life x 3, The School for Scandal, Bar Maids, Under Milk Wood, House Among the Stars, Neighbourhood Watch and Frozen. Carmel also appeared in Beetle Graduation, The Hypochondriac and When the Rain Stops Falling (Brink Productions) for which she was nominated for a prestigious Green Room Award for Best Supporting Actor. Carmel was awarded a plaque on the Adelaide Festival Centre’s Walk of Fame in 2018 and has been an MEAA member since 1975.

Chris Asimos Chris is a performing artist who has worked extensively on stage, television and film. His screen credits include Miss Fisher’s Murder Mysteries, Danger 5, House Husbands and Bad Language. His stage credits include A View from the Bridge, Three Sisters and The Give and Take (STCSA). He also starred in the world premiere of Barassi: The Stage Show (Arts Centre Melbourne). In 2019, Chris starred in the Midsumma Festival headline show Become the One, to critical acclaim.

Nathan Page Nathan is an accomplished theatre, film and television actor. He is widely known for his portrayal of Detective Jack Robinson in the critically acclaimed ABC television series Miss Fishers’ Murder Mysteries (seasons 1-3). He reprised his role in the big screen adaptation of the series, Miss Fisher and the Crypt of Tears, released earlier this year. Nathan is well known to Australian television audiences for roles in Paper Giants, Underbelly II (as Ray ‘Chuck’ Bennett), Panic at Rock Island, Wicked Love, Scorched, All Saints, Home and Away, Redfern Now and Underbelly: Squizzy. He played the vastly contrasting role of Kosta Krilich in Hiding, a 6 part series for PlayMaker Media and the ABC and also appeared in SBS miniseries The Hunting. His film credits include Escape from Pretoria alongside Daniel Radcliffe, Sleeping Beauty, The Boys Are Back in Town, Accidents Happen, Sample People and Strange Fits of Passion. Nathan is a regular on the Australian theatre stage, most recently appearing in The 39 Steps and After Dinner for State Theatre Company South Australia. He has also performed for Sydney Theatre Company and Company B/Belvoir Street Theatre, working with such directors as Neil Armfield and Benedict Andrews. Other performances include The Distance and Design for Living (Melbourne Theatre Company) and Peribanez, A Midsummer Night’s Dream and The Threepenny Opera (Belvoir Street Theatre).

Colleen and Woman in White

Jennifer has worked as an actor, producer, director, and voice coach in Melbourne, Adelaide and England. She recently performed in BacktoBack’s Development Reading at Rumpus in Adelaide. Prior productions include Cavalleria Rusticana/Pagliacci (Opera Australia) and The Great God Mogadon and The Resistible Rise of Arturo Ui (Don&#39;t Look Away Theatre/Theatreworks).

Ezra graduated from AC Arts in 2006. Since graduating he has had the pleasure to perform on various productions here in Australia and around the world including China, UK, USA and Canada. Ripcord is Ezra’s fifth appearance for State Theatre Company South Australia. Others include Rumpelstiltskin (co-production with Windmill Theatre Co.), Mr Burns: A Post-Electric Play (co-production with Belvoir), That Eye, The Sky and Decameron 2.0 (with Act Now). In 2021 he will join the cast of Hibernation.

Other performance highlights include national and international tours of Romeo and Juliet and A Midsummer Night’s Dream (Essential Theatre), Julius Caesar (Proper Villains Theatre Company) and The Merchant of Venice and Closer (PMD in Melbourne). Jennifer directed and produced Liz Lochhead&#39;s Blood and Ice at Chapel off Chapel, and more recently directed a gender-flipped Macbeth (wit incorporated). Jennifer is a graduate of the VCA where she completed a Postgraduate Diploma in Performance Creation (Voice). She has a particular interest in the Classics, and also holds a Postgraduate Diploma in Acting (Classical Theatre) from the London Academy of Music and Dramatic Art. She adores clowning and has undertaken clown training in LA, London and Melbourne with some of the industry&#39;s most brilliant (and terrifying) teachers. Jen is a proud member of MEAA.

Other stage credits include Russian Eggflip, The Life of Galileo, Touch Me I&#39;m Sick, King Lear, Bye Bye Birdie, Under Milk Wood, Littlewing and Twinkle Toes, Vin, The Beginners Guide to Pirates, Helly&#39;s Magic Cup, Boom Bah!, The Wizard of Oz, Rumpelstiltskin, The Water Show, The Tale of Shaggles and Petrookio, the book show, Me N&#39; Me Mates, Mr Burns and Beep. Film and TV Credits include Engine Room, Voodoo and Lue, The Hunter, The Plowman Quandary (God Vs Satan), McLeod’s Daughters, The Boys Are Back, Sam Fox Extreme Adventures, Friendship Love and Loyalty, Bad Blood, Stateless and Aftertaste. His one-man show Blood, Sweat &amp; Karaoke premieres at RUMPUS in December. Ezra is a proud member of MEAA and Equity Diversity Committee.

Kelly graduated from The Royal Scottish Academy of Music &amp; Drama with a BA in Technical and Production Arts.

Grace is a graduating student of the Adelaide College of the Arts where she has studied technical production and stage management since 2018.

Since graduation she has worked extensively all over the world as a Stage Manager and Showcaller with a number of different companies including Dreamworks, Dragone Entertainment and Global Creatures.

Having just completed a World Tour as Stage Manager on Walking with Dinosaurs - The Arena Spectacular, Kelly has recently moved to Adelaide with her young family and is extremely excited to be undertaking her first production with State Theatre Company South Australia.

KOJO CREATIVE an agency for all the senses

State Greats State Theatre Company South Australia is a tax deductible fund listed on the Register of Cultural Organisations under Subdivision 30-B of the Income Tax Assessment Act 1997. Donations of $2 or more are tax deductible. For more information, please visit statetheatrecompany.com.au, phone 8415 5380 or email donate@statetheatrecompany.com.au

Providing valuable philanthropic support to nurture the next generation of artists and audiences.

Thanks to all those who have donated to the Jill Blewett Playwrights Award Endowment Fund, which was established in memory of former Company Chairperson Jill Blewett.

Download/Print version of the program available at: https://bit.ly/Ripcord-Program-Download 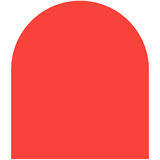