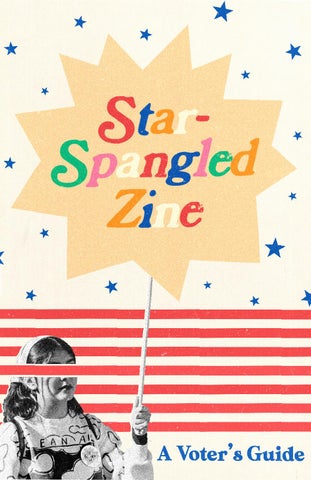 Proposition 17- Letting Parolees Vote IN SHORT: The state currently allows people serving time in county jails to vote unless they are set to go to prison or serving time for a parole violation. Prisoners and parolees are currently not allowed to vote. This proposition would not only allow parolees to vote, but to also run for office if they’re registered to vote and haven’t been convicted of bribery or purgery. VOTING YES: Parolees will be given the right to vote VOTING NO: Parolees will not be given the right to vote.

Proposition 18 - Voting at the Age of 17 IN SHORT: If passed, this constitutional amendment would expand voting rights for certain 17-year-olds in California. Citizens who are 17, residents of the state, and will be at least 18 years old at the time of the next general election, would be allowed to vote in any primary or special election that occurs before the next general election. State lawmakers placed this measure on the November ballot. VOTING YES: Eligible 17-year-olds will be able to vote in the primaries and special elections. VOTING NO: The minimum voting age will remain 18 years old.

Proposition 19 - Portable Property Tax Break IN SHORT: A new billion-dollar tax increase to help those who are 55 and older, have a disability, or are disaster victims, would be able to transfer their home’s tax base to a new residence.

Proposition 20 - Crackdown on Crime IN SHORT: Prop 20 will limit non-violent offendersâ&amp;#x20AC;&amp;#x2122; ability to achieve parole based on the crime committed, particularly theft VOTING YES: Offenders who commit certain theft-related crimes could receive longer jail terms and have reduce access to parole Law Enforcement would be required to take DNA samples from adults convicted of certain misdemeanors VOTING NO: No changes will be made to currently penalties in place for theft-related crimes, nor DNA collection Proposition 21 - Rent Control IN SHORT: Prop 21 would allow local governments to establish more rent-price control on properties over 15 years old VOTING YES: The state would allow cities and counties greater power in establishing rent control on properties that are at least 15 years old VOTING NO: State law would maintain their current limits on rent control. Proposition 22 - Gig Workers Benefits IN SHORT: App-based drivers for companies such as Uber, Lyft, Postmates, etc. will continue to be treated as independent contractors VOTING YES: App-based rideshare/delivery companies can hire drivers as independent contractors without offering standard company benefits/protections VOTING NO: App-based rideshare/delivery companies must hire their drivers as employees, offering traditional benefits although drivers will have less control over their schedules

IN SHORT: Dialysis clinics would be required to have a physician on site during all hours of operation and report infection data to the state.

VOTING YES: Supporters say dialysis patients would receive better treatment with a physician on site. VOTING NO: Opponents say a physician on site is unnecessary and would create financial burdens for clinics. Proposition 24 - More Data Privacy

VOTING YES: No one would pay bail to be released before trial, but will be released based on their risk of committing another crime/not appearing in court

VOTING NO: People will continue to pay bail to be released from bail before trial.

A simplified voter's guide for the 2020 election. 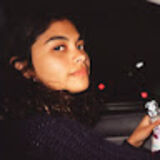