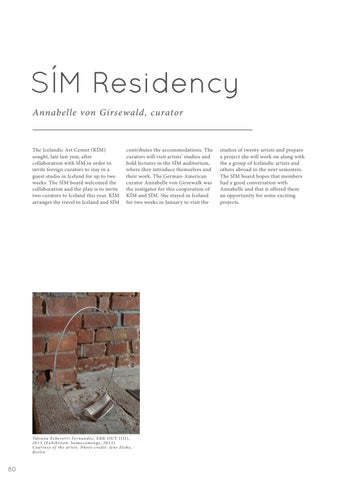 The Icelandic Art Center (KÍM) sought, late last year, after collaboration with SÍM in order to invite foreign curators to stay in a guest studio in Iceland for up to two weeks. The SÍM board welcomed the collaboration and the plan is to invite two curators to Iceland this year. KÍM arranges the travel to Iceland and SÍM

contributes the accommodations. The curators will visit artists’ studios and hold lectures in the SÍM auditorium, where they introduce themselves and their work. The German-American curator Annabelle von Girsewalk was the instigator for this cooperation of KÍM and SÍM. She stayed in Iceland for two weeks in January to visit the

studios of twenty artists and prepare a project she will work on along with the a group of Icelandic artists and others abroad in the next semesters. The SÍM board hopes that members had a good conversation with Annabelle and that it offered them an opportunity for some exciting projects. 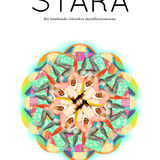