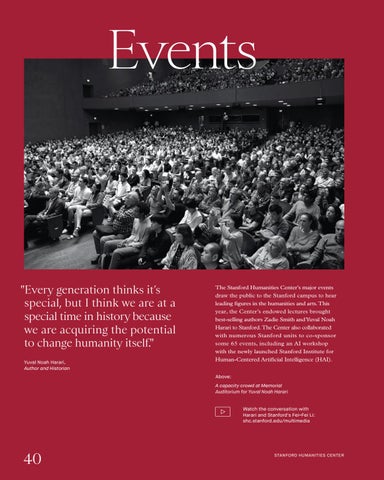 "Every generation thinks it’s special, but I think we are at a special time in history because we are acquiring the potential to change humanity itself." Yuval Noah Harari, Author and Historian

The Stanford Humanities Center’s major events draw the public to the Stanford campus to hear leading figures in the humanities and arts. This year, the Center’s endowed lectures brought best-selling authors Zadie Smith and Yuval Noah Harari to Stanford. The Center also collaborated with numerous Stanford units to co-sponsor some 65 events, including an AI workshop with the newly launched Stanford Institute for Human-Centered Artificial Intelligence (HAI). Above: A capacity crowd at Memorial Auditorium for Yuval Noah Harari Watch the conversation with Harari and Stanford's Fei-Fei Li: shc.stanford.edu/multimedia 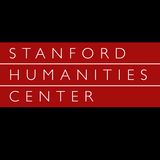