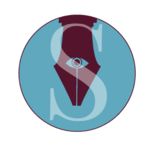 A Bear looks exactly how you would imagine; bigger and hairier than your average man, and Neil Fisher is no exception.

Despite his intimidating exterior, Neil is a friendly soul. A soft Northerner with a soothing Geordie accent, he has lived in Edinburgh for almost a decade. Neil finished runner-up at BearScotFest’s competition to crown Mr BearScots 2019. There are few as well-versed as Neil to discuss what it means to be a Bear.

Neil described the Bears as more than just a sub-group: “We are a community. We are relaxed and non-judgmental. We pair people up on their first day at a social so even if you don’t know anybody at the start, you’ll soon get talking.” It’s obvious he feels at home with this group as he discusses his plans to travel with them. He aims to go to Bear events in Amsterdam, Sitges and Lisbon this year. “I can go anywhere and just message the guys I’ve met to meet up. Whether I’m in Manchester, London, or somewhere else, networking is a huge part of being a Bear.”

Bears constantly redefine themselves to be more inclusive. You don’t have to fit their description to join in – they are open to any gay, trans, bisexual men, and even women who want to participate. If you aren’t quite a Bear yet, you can still identify as a cub, an otter or a chaser, if you just like the aesthetic. Animals are used to illustrate the various Bear sects and the descriptions below will help identify the different types if you are out Bear spotting over Pride.

A cub has the same appearance as a Bear but in a smaller and often younger package. An otter is a leaner version of a Bear but still has the signature hair and beard. Bears in wheelchairs are known as wheelie Bears, while a lesbian Bear is known as an Ursula. Muscle, polar (grey or white haired), panda (Asian) and chubby Bears are also common. Anyone can be a chaser if they are attracted to Bears, cubs or any other variety in the group.

Becoming a Bear is a lot about the look – but it’s not everything. Neil explains: “Bears are all about body positivity whilst there is a huge amount of pressure on gay men to reach a certain standard. Although I don’t really see that because I don’t use much social media myself.”

Bears have created a niche for themselves as they feel they might not fit into other communities, but Neil says being a Bear is a choice more than something that is chosen for you. “This is a group I feel comfortable with. It wasn’t just my look that made me a Bear. I do fit the description and the stereotype, but I also want to be here.” Activities for the group often involve drinks but Neil says many come just to chat or look for dates without the need for alcohol. Neil praises BearScots for providing a place for like-minded gay men. “Murray has been running BearScots for 20 years and it’s growing every year. We have one of the best organised social weekends on the Bear calendar, and I go to Bear events internationally.”

Neil described a typical Bear night out: “There is going to be something for everyone. Whether you are into leather, fetish wear or just fancy a quiet few drinks and some networking. It’s a good scene and on any night, it will be different.” A friend of Neil’s claims he hands out his business card more often than his number on a Bear social. Neil explains: “It’s so much more than just a social group though, it became a support network after my nana passed away. I had people texting to make sure I was okay.”

Neil’s recommendations for gay-friendly nights out in Edinburgh are available at standoutmag.com

“It wasn’t just my look that made me a Bear