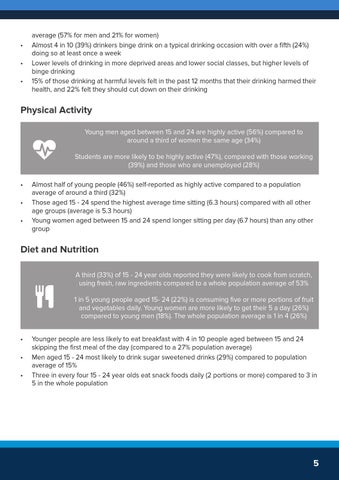 average (57% for men and 21% for women) Almost 4 in 10 (39%) drinkers binge drink on a typical drinking occasion with over a fifth (24%) doing so at least once a week Lower levels of drinking in more deprived areas and lower social classes, but higher levels of binge drinking 15% of those drinking at harmful levels felt in the past 12 months that their drinking harmed their health, and 22% felt they should cut down on their drinking

Almost half of young people (46%) self-reported as highly active compared to a population average of around a third (32%) Those aged 15 - 24 spend the highest average time sitting (6.3 hours) compared with all other age groups (average is 5.3 hours) Young women aged between 15 and 24 spend longer sitting per day (6.7 hours) than any other group 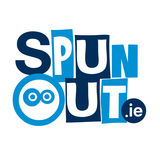