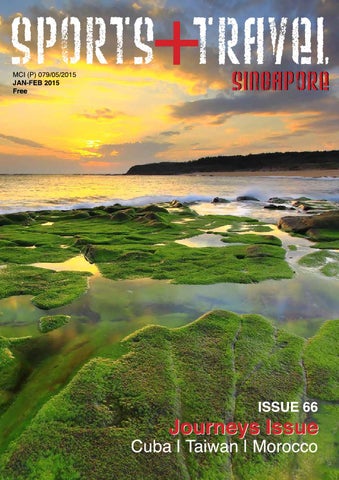 The outdoors beckons. You are captivated by its breathtaking sights, fresh air, blue skies and endless possibilities. When you get out there you can feel the pure intensity and excitement that comes from following your passions but the allure of the outdoors is different for everyone. Outdoor Channel unlocks a rich collection of stories, personalities, challenges and motivational forces that reflect the desire to get out there and be a part of passionate communities of outdoor lifestyles and events. #WhatGetsYouOutThere? Share your favourite outdoor images and stories with us on www.facebook.com/OutdoorChannelAsia

A MONTH ON THE ROAD IN CUBA

Ken grew up on the doorstep of the Canadian wilderness, backpacking, paddling and rock climbing in this rugged land. Armed with a degree in recreational studies, he has been working at Canada’s premier outdoor retailer for over 10 years, putting gear to the test whether it’s cycling in -35ºC winters, running marathons or travelling to the far reaches of the planet.

Wilson Low has been involved with adventure racing (AR) since 2001, competing in races across 5 continents and myriad environments, from sprint-distance to stage to expedition-length formats. A multiple champion at local AR events, an Ironman veteran, a Commando officer during National Service, and well-versed in instructing and coaching endurance and adventure sports as a career, Wilson is part of the Kinetik Edge Adventure Team.

One of the hundreds of serene and smiling sculpted stone faces that adorn Angkor Watâ&#x20AC;&#x2122;s Bayon (Angkor Thom), the official state temple of the Mahayana Buddhist King Jayavarman VII in the 13th century.

A JOURNEY TO CAMBODIA

A monk going about his daily business at Angkor Wat, the largest monument of the Angkor group and the best preserved in Cambodia.

Children who live in the many floating villages dotted around Tonle Sap lake tend to get around with a round boat which resemble nothing more than a large bucket.

Guided elephant tours take visitors to the many temples of the Angkor complex from the South Gate of Angkor Thom.

A monk conducting a silent prayer against the serene backdrop of Angkor Thom, watched over by one of the 216 gigantic faces that are said to belong to the bodhisattva of compassion called Avalokitesvara or Lokesvara. 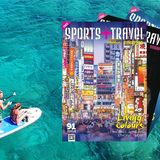