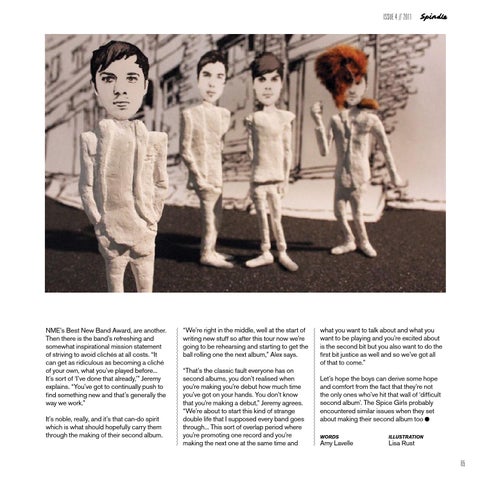 NME’s Best New Band Award, are another. Then there is the band’s refreshing and somewhat inspirational mission statement of striving to avoid clichés at all costs. “It can get as ridiculous as becoming a cliché of your own, what you’ve played before... It’s sort of ‘I’ve done that already,’” Jeremy explains. “You’ve got to continually push to find something new and that’s generally the way we work.” It’s noble, really, and it’s that can-do spirit which is what should hopefully carry them through the making of their second album.

“We’re right in the middle, well at the start of writing new stuff so after this tour now we’re going to be rehearsing and starting to get the ball rolling one the next album,” Alex says. “That’s the classic fault everyone has on second albums, you don’t realised when you’re making you’re debut how much time you’ve got on your hands. You don’t know that you’re making a debut,” Jeremy agrees. “We’re about to start this kind of strange double life that I supposed every band goes through... This sort of overlap period where you’re promoting one record and you’re making the next one at the same time and

what you want to talk about and what you want to be playing and you’re excited about is the second bit but you also want to do the first bit justice as well and so we’ve got all of that to come.” Let’s hope the boys can derive some hope and comfort from the fact that they’re not the only ones who’ve hit that wall of ‘difficult second album’. The Spice Girls probably encountered similar issues when they set about making their second album too words 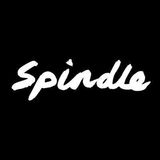