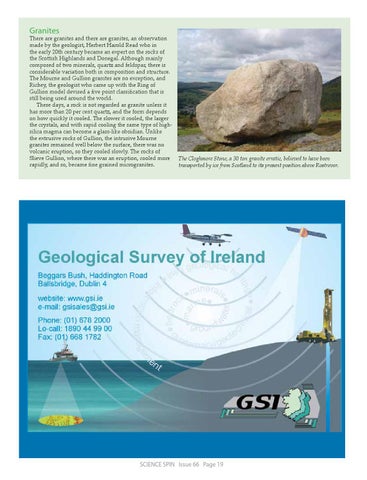 There are granites and there are granites, an observation made by the geologist, Herbert Harold Read who in the early 20th century became an expert on the rocks of the Scottish Highlands and Donegal. Although mainly composed of two minerals, quartz and feldspar, there is considerable variation both in composition and structure. The Mourne and Gullion granites are no exception, and Richey, the geologist who came up with the Ring of Gullion model devised a five point classification that is still being used around the world. These days, a rock is not regarded as granite unless it has more than 20 per cent quartz, and the form depends on how quickly it cooled. The slower it cooled, the larger the crystals, and with rapid cooling the same type of highsilica magma can become a glass-like obsidian. Unlike the extrusive rocks of Gullion, the intrusive Mourne granites remained well below the surface, there was no volcanic eruption, so they cooled slowly. The rocks of Slieve Gullion, where there was an eruption, cooled more rapidly, and so, became fine grained microgranites.

The Cloghmore Stone, a 30 ton granite erratic, believed to have been transported by ice from Scotland to its present position above Rostrevor. 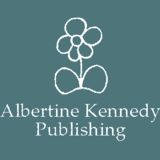