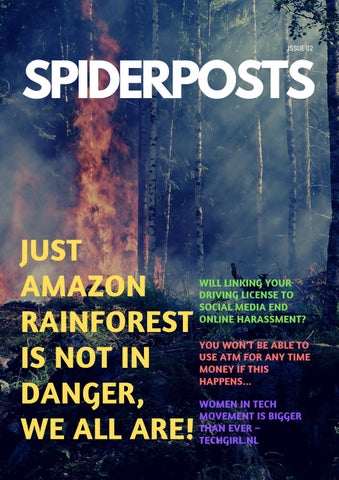 JUST AMAZON RAINFOREST IS NOT IN DANGER, WE ALL ARE!

WILL LINKING YOUR DRIVING LICENSE TO SOCIAL MEDIA END ONLINE HARASSMENT? YOU WON’T BE ABLE TO USE ATM FOR ANY TIME MONEY IF THIS HAPPENS… WOMEN IN TECH MOVEMENT IS BIGGER THAN EVER – TECHGIRL.NL

Welcome Here we are presenting the second issue of our magazine. This magazine has started its way from the website that started in 2017. SpiderPosts will give you a lot of readable content and will provide useful content around the globe. SpiderPosts has categories like News, Gadgets, and Projects, How it works, what is, Laptops, Mobiles, and Tutorials. Each category contains useful and different information about particular things. This also contains few sub-categories to keep the content sorted for users. We would love to know your views. Also, What you would like to read more about. So do stay in touch. Shubham Shrimant

5 Books You Must Read To Become A Successful Entrepreneur

07 After The Fires In Greece And Amazon Rainforest, What’s Our Future?

Is Indian Football Really Improving Or It’s A Gimmick?

Women In Tech Movement Is Bigger Than Ever – Techgirl.nl

Just Amazon Rainforest Is Not In Danger, We All Are!

You may have seen people demand the linking of driver license with social media accounts. The demand is rising as the more and more incidents of online harassment are happening every day. If you are a football fan, you may have witnessed the incidents happened after Paul Pogba missed one penalty for Manchester United. Manchester United’s fans racially tweeted about the Pogba. Yes, their own fans. Here’s how Paul reacted. "My ancestors and my parents suffered for my generation to be free today, to work, to take the bus, to play football. Racist insults are ignorance and can only make me stronger and motivate me to fight for the next generation." - Paul Pogba on Twitter Along with Pogba, his teammate Marcus Rashford and Chelsea’s Tammy Abraham were also targeted with the racial comments. Twitter says it will now meet Paul Pogba and kick the racism out of their platform. Now, after these incidents, there w.ere some tweets demanding Twitter and other social media sites to take some action. Some of the Twitteratis are suggesting that all the social media platforms must make it mandatory to link the driving license to the accounts.

Will This End The Online Harassment Though? Some people argue that more people now just abuse someone in the name of banter. And they claim that nobody understood their ‘Joke‘. And some are genuine.But the number of genuine people is more and if the linking is done and someone reports the actual joke, then it’s not of any use.Another thing is privacy. Privacy is the fundamental right of any person.What would happen if this linking becomes real? Maybe there will be surveillance on every tweet or post you do.

Yes, the linking will be helpful to bring justice to the online harasser but still, it is not practical as of now.If there is an alternative solution to stop online harassment, it’s the user control. If someone reports the tweet or post, the social media puts down that post or even suspend the account.But if any tweet doesn’t get reported, it doesn’t happen. Also, the privacy policies of social media firms can be updated. For now, it’s still in the hands of users. 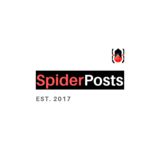