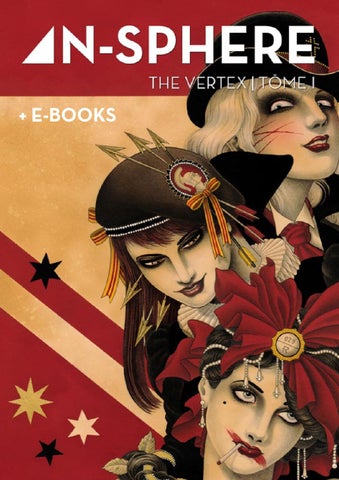 Oscillate. Do you remember the first time you saw the colors of tranquilizers? There was a strange heaviness in the air, a sort of dried out electrical charge as the floors reflected the slowest of motions. You were watching, forgetting how to breathe, consumed.

After a while, there are muffled steps shuffling on the reflective floors and into the quiet corridors. You remember to move, take your body away, but your mind still lingers on, fascinated. It is strange how the numbing ache that passes through lightwaves is anything than paralizying, sparking neurons into blissful fluid sensations, populating halls that rarely have doors to constrain them. Instead of being locked into hard metal boxes, away from prying eyes, the color of tranquilizers

shifts naturally. Each time you stand in front of a museum entrance, you think of the colors. I know you do. I've seen you look. I've seen you listen. I've seen you unfold yourself in front of the large frames, I've seen you succomb into the wavelengths. The colors are sometimes raw. They drip onto the fingertips, horizontally, stretching out to reach and take hold of the extended arm, the hand that dares not to touch. It's there, you can feel it just millimeters away, gnawing at your fingertips, wanting, calling. But no, no sacriledge of touch would be performed upon the paints, the canvas, the time poured into its creation. The low rumble of the soul's frequencies entwines the horizon. Oscillate wildly and let yourself go.

Of The Wand And The Moon Denmark

the core of congruence

At the junction of art paths, The Vertex pulls the N-Sphere's axes into a convergence point. The first printed edition of the magazine, The Vertex emerged out of the DIY stubborness that has brought us to this instant in space and time, with the hopes of blending ideas, concepts and people, even on low financial resources. A token from the N-Sphere to all knowledge dwellers out there, may you never succomb into oblivion. The First Edition N-Sphere | The Vertex on Paperback stretches over 68 Pages. In The Vertex: Vel Thora | www.vel.sfere.ro Diana Daia | www.in-circles.org Simina Neagu |6

PREV »The war had burst upon us, Acéphale vacillated, undermined by internal dissensions, its conscience shattered perhaps by its obvious incongruity in the face of world-wide disaster. At the last meeting in the heart of the forest, there were only four of us and Bataille solemnly requested whether one of the three others would assent to being put to death, since this sacrifice would be the foundation of a myth, and ensure the survival of the community. This favor was refused him. Some months later the war was unleashed in earnest, sweeping away what hope remained.«

IEW »My experience showed me that the only falsification in Golding’s fable is the length of time the descent to savagery takes. His action takes about three months. I believe that if the cork of continued adult presence were removed from the bottle, complete catastrophe could occur within one long weekend.«

Text: Peter Brooks – On The Lord Of The Flies | Photo: From The Island of Death Series 11 |

This Was An Exorcism... Or A Possession?

:: Hello, Kim and welcome to the Spheres. Youâ&#x20AC;&#x2122;ve recently released your latest album, A Lone Descent, which is already causing quite a stir. One could easily notice a contrast to your previous release â&#x20AC;&#x201C; Sonnenheim, both in terms of artwork and lyrics. Even if not poles apart, Sonnenheim seems... pretty white and still containing some shreds of optimism while The Lone Descent is pitch black, in all

senses of the word. Would you regard the latter as very different or a logical step to everything? Thank you for having me here in your splendid mag. Yes, my music is very personal, and the states I was in at the recordings of Sonnenheim and The Lone Descent were quite opposite. So it couldn't have been any other way.

IEW photo | Of The Wand & The Moon. By Alderwounds. Courtesy of the artist 15 |

Oscillate, to transpose. Silence. There is silence right before the... Wait. If you focus, you can feel it in your bones. That's it, keep perfectly immobile. Do not breathe. The air stops shifting, becoming heavy and saturated with an earthy taste of anticipation. Foxes, rabbits, birds and beasts - the world slows down to a halt. No shivering allowed. The tremor is over in less than an instant, translocation done. Existence is mutated on paper, properly untangled with its most precious impurities drawn forward. Transposing core energies, Christopher Conn Askew. 25 |

Oscillate, to manifest. The blood, the blood, the cry, cry, slice, run, run, stop. Gasp. You secretly enjoy it, the rush of fear. Almost able to feel it, the tight burn on skin, as if you were the paper you're staring at. I know you feel it, living it, I can see it crawling inside, taking residence. The obsession, the extremes, the lack of screams: Martin Bladh's defleshing, manifested. Tremble. 33 |

Oscillate, to incarnate. For a few moments, the stage feels cold. It always seems below the freezing point, even through the boots, those precious moments that it takes for the curtains to rise. They are watching, taking it in, starting from the tips of the toes, and it's chilling. Their gazes still hidden, the knowledge of apprehension forbidden until all is revealed, nothing can be concealed again or taken back. The stage feels cold. They are watching. The light burns. Suka Off: mirrors incarnate. 37 |

Oscillate, to unify. The true story, that no one seems to remember to this day, was a bit different than what they told. You see, there was this little girl and she got lost in the woods and got stuck there for over fifty years. So insane, that even tree bark seemed to taste like sweetbread. Then, a boy got stuck in this weird timeline. Apparently, that was grandfather. They are flattened into that wall over there, bread crumbs blue and white in small dots all around... So, is this interview going to take long? It's almost time to roast the children. Unifying timelines: Alexander Sterzel. 41 |

Oscillate, to modulate. The air stirs. The cement walls start their vibration. It begins slowly, at low frequencies, like lazy ocean waves. Soon though, the phase is shifting, pulling the signal back on itself. Even cigarette smoke creases intently mid-air. At some point, it's audible. It almost sounds like a continuous growl before subsiding again. The air stills. KiEw: modulating sanity. 45 |

Oscillate, to metamorphose. The snow crunches under feet. They walk in silence, behind the bride. There is a slight trickle in the air, as the chanting starts. The voice is almost quiet, but rips out sobs from dried out throats. The bride, forever pure, forever bounded to the ground. The cortege returns to pay the dead, to acknowledge her passing. A mother pleads from grief to certainty of laying her daughter in the arms of the most protective lover. Michaela KnĂ­ĹžovĂĄ: a metamorphose of humanity. 49 |

Oscillate, to coalesce. There is a traveler, somewhere lost in space, at the edge of time. Starting out in a brilliant corona, the drifter accelerates until stars become elongated lines in the corners of the eyes. The traces of light layer themselves in the voyager's path, fusing into infinity, the blessed horizon, untouchable, immutable, unavoidable. Indistinguishable until it is too late, the black hole catches movement and holds it forever. And ever, forever, and ever. Enfant Terrible, when minimal waves coalesce. 53 |

N-Sphere | December 2011 Editors: Vel Thora | www.vel.sfere.ro Diana Daia | www.in-circles.org Layout: Diana Daia Contact: nsphere@sfere.ro Sfere.ro ÂŠ 2007-2011 all rights reserved. The reproduction of all material presented in the NSphere is restricted. The photographs and portfolios are property of the respective artists. 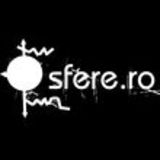 a monthly magazine featuring visual arts in various forms, from the old to the new, from the camera to the needle point. gradually expanding...

a monthly magazine featuring visual arts in various forms, from the old to the new, from the camera to the needle point. gradually expanding...