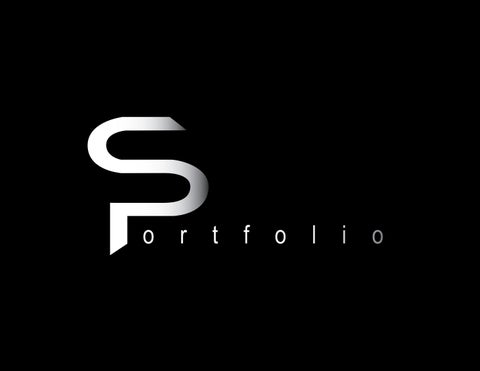 My name is Sam Perry and I’m graduate of the University of South Carolina. I’m a Visual Communications major with a minor in Political Science. I approach my work with a less is more mentality. I want to get the message across with just the right amount of ink; no less and no more. I am very responsive to any feedback and want to give my future clients exactly what they want.

P r o d u c t s The following photos are part of a shoot taken for a class assignment based on a product. The assignment was to take photographs of certain brand and use artificial lighting in a studio setting. I used DSLR camera with three point lighting with a tripod. Also, fake ice made of glass and a spray water bottle to create the illusion of ice cold drinks.

S p o r t s These photos were part of a shoot taken for a class assignment based on a sport. The assignment was to take photographs of team in action. I used a high shutter speed on a DSLR camera to capture the South Carolina Gamecocks during practice.

O u t d o o r s The following photos were captured on my iPhone X. I took these photos for my own enjoyment. I did not use a tripod of heavily edit them. I tried to capture everyday scenes from a unique perspective.

The Tale of Ro

This Photo Story was one of my first assignments in class. The task was to find someone that has a unique story to tell and tell it mainly through photographs. I choose my family friend Ross Chisem because he had to learn how to walk again after a dangerous accident. I used a DSLR camera for these shots and didn’t use any other special equipment.

Ross texted, “I’d rather be dead,” after surgery. The doctors informed Ross his legs were now paralyzed. Ross sends this picture to his parents.

Ross said, “I’m reading about guys who went through a lot worse than me. And th a time article about wounded warriors over coming their injuries which include w

It was a regular day for Ross Chisem as he trimmed the vines in his yard. Ross was an active man, six-foot-five, 200 pounds who enjoyed nature and walks on the beach. Then one simple injury turned into a tragedy. Ross’ knife slipped while trimming the vines making a deep cut into his hand and causing him to lose a lot of blood. While on his way into his house to bandage up, he began to feel very dizzy. Ross then passed out falling in such a way that he broke his neck on impact and laid in his drive way for several hours before a friend found him. Doctors put two metal plates along with 42 screws into Ross to try and fix the damage. When Ross came to, doctors had informed the active 45-year-old that he would never walk again. Ross was devastated and depressed at the news, relying on his legs as a carpenter. Unable to work or take care of himself Ross’ parents took him back into their home. Months went by and Ross’ had given up on life, spending most days trying to stay asleep because “There’s nothing to do anyway,” said Ross. He spent most of his time awake browsing the Internet to pass

hey’re trying harder than me and they’re succeeding.” Ross reads walking after paralysis.

the time. One day Ross came upon a string of articles about Wounded Warriors and then and there decided he wasn’t going to give up on walking without a fight. Ross began going to physically therapy seven days a week. Ross’ determination began to surprise all his doctors and therapists. First, he began to have a little bit of movement in his legs, a slight twitch in his toes. After six Sydney said, “Yay! One more step,” as she clapped for Ross. Sydney is Ross’ physical months though, Ross began to take his therapist. This was one of Ross’ more successful days in therapy. first steps. Ross didn’t stop there either and after going to therapy as often as possible he proved his doctors were wrong and started to feel happy again. With the aid of a walker Ross was able to do the impossible. Ross’ depression has disappeared and now he looks to the future with optimism and with plans to one day walk without his walker. Ross said, “I have no plans of slowing Ross said, “Before you know it, I’ll be taking you dancing.” Ross laughed down now, life only happens once.” after another successful therapy session, showing even more improvement.

P o r t r a i t s These photographs were taken in studio using a DSLR camera. The class assignment was to take five portrait pictures using three point lighting. I used a tripod to keep the camera steady and synced the lights in the studio with my camera for a more powerful flash. I also used colored gels to create the blue and pink tones.

J o u r n a l i s t i c The following photographs are of a protest organized by students at University of South Carolina. The protest was about the university’s response to sexual abuse and harassment claims. I used a DSLR camera with a high shutter speed to capture the protest in action. I tired to get a variety of shots to tell the story of what happened that day.

The first piece was a sketch of myself done with graphite on paper. I did this for my own enjoyment. The second piece, Black Beard, was a class assignment created using only black and white acrylics then placed on a blue canvas. The Van Gogh piece was created for class using oil pastels. The assignment was to create an original work that combined old and new themes.

I n f o g r a p h i c s The “Big and Bad” infographic was made for class and meant to raise awareness for obesity. I used Photoshop and took photographs of fast food to re-purpose as charts. The “Anheuser-Bush” infographic was also created for class and counted as a final. For this I re-purposed product pictures from a previous assignment. The “St. Pat’s Parade” infrographic was also an assignment and based on Hilton Head Island St. Patrick’s Day Parade. I went the simplistic route since most people reading would be impaired.

M a g a z i n e These two pieces were based on a fellow classmate. The assignment was to partner up with someone in class and make a magazine cover using their face. For this I used a DSLR camera to take the picture and I edited it Photoshop and Illustrator. The first magazine cover is just a photo, but the second was traced over in illustrator to get it a unique animated look.

The following graphics are part of a class assignment. The task was to find a place in Columbia, SC with a low quality logo and create a new one. I chose Constan Car Wash. I used Adobe Illustrator for this assignment. I wanted to create a new brand identity that was bold and modern. The logo went through various iterations before it was perfected. On the far right you’ll notice the fonts I experimented with while trying to create a ligature.

I created a digital mock-up of an application for Constan Car Wash. This was a way to book your session in advance and keep track of deals and customer points that could be used toward a discount. The app was meant to entice younger people. At first, the logo was retro themed before changing course. Overall I created 24 versions of the Constan logo before the final product. These four were the most notably influential and show the evolution best.

I also designed business cards for Constan Car Wash. These business cards are typical front and back with their logo on the back side and information on the front. I also created key chains that could be paired with the application for Constan Ca Wash. The key chain works as free advertising while also being a customer loyalty card. To get points toward a discount or to verify you have a subscription all you have to do is scan the key chain.

W e b s i t e I built this websites for class using Adobe Dreamweaver. The “Hannah Hughes” website was the first website I ever created. The assignment was to make a portfolio website for a fellow classmate. The “Hurricane Headquarters” was the second website I made. The assignment was to raise awareness about an issue. I decided to focus on hurricanes because they are detrimental where I’m from and only getting worse.

This is my “Demo Reel” and it contains scenes from various projects I’ve been on. The goal of this project was to create a video no longer than one and a half minutes that contains scenes from previous videos to show off my best work. All edits were made in Premier Pro. The video content ranges from a PSA, animations, “how to videos”, short films with friends, product shots, and fashion photography.

The “Apples and Bananas Oatmeal in 30 seconds or less” video was a project made for class. For this, I used my iPhone X without the use of a tripod. The video was difficult to make since I filmed it by myself, but the finished product made it worth it. I used Premier Pro for editing.

The “Silent Film” was another class assignment. It stars my mother and my dog and was filmed on my iPhone X, with the aid of a tripod. All edits were again made in Premier Pro. Dogs are not very cooperative so this video was more difficult to shoot than the others. The film is completely silent except for music, which helps shift the tone and signify emotions.

Hey! Thanks, for taking the time to check out my portfolio.