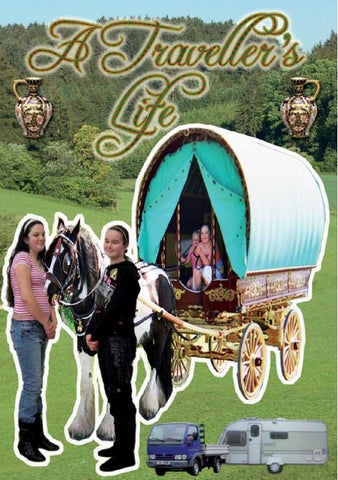 My name is Jamie. I am 12 years old and I live at a Travellers’ site in Oswestry. Before living here, I used to travel up and down the country with no ﬁxed place to stay, along with other Travellers. My mam is called Jamie, the same as me, and my father is called Edmund. I have no brothers and no sisters but I do have a lot of animals including; twenty chickens, two dogs, one cat and also two horses. My mam’s mam and dad are called Rose and Guy. They live at a caravan site in Southport along with lots of other travellers.

Me with some of my family