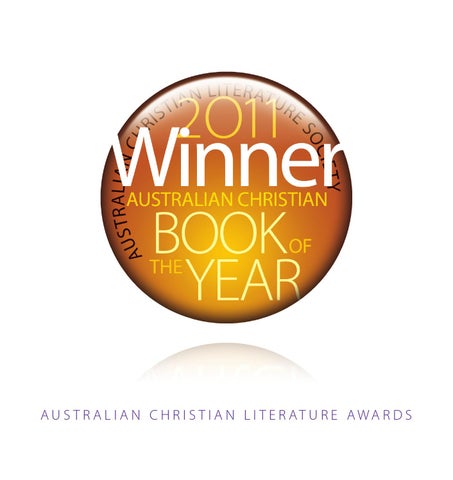 2011 Australian Christian Book of the Year Economics for life: An economist reflects on the meaning of life, money and what really matters Ian Harper Acorn Press ISBN 9780908284955 For those of us who do not read the Australian Financial Review at breakfast and struggle to make sense of the financial report on the nightly news, Economics for Life will be a pleasant surprise and a revelation. Simply written, but not simplistic, this book provides a concise history of the birth and growth of the Australian financial system and the development of public policy. The discussion of world events such as the recent global financial crisis is enlightening. Harper examines his faith with the same honesty and discipline that have made him a successful economist and authoritative media commentator. He shares with the reader his journey rethinking economics as a Christian in order to release people from material want and deprivation. Economics is for life, but not all of life. Harper communicates with precision and passion. The result is personal and profound. This book represents an opportunity to engage with a vital but often misunderstood discipline.

This scholarly but very readable book places Christianity and Islam side by side. Sound and broad research traces the development of these two Abrahamic faiths from their foundation to the present day. The author compares their sacred writings, values, ethics and ways of relating to the world. An antidote to sensational headlines, his writing is informed, well reasoned and respectful yet unflinching. Works of art, photographs and boxed biographies serve to give one of the most pressing issues of our time a human face.

Hired to investigate the death of an Aboriginal painter, private detective Johnny Ravine is drawn into a complex mystery as dangerous as it is intriguing. Environmental politics, land rights and Aboriginal spirituality are explored with subtlety. For the hero and reader alike there is a valuable lesson to be learned about the importance of discerning which voice is proclaiming life and love when all is not as it seems. A compelling novel.

by attending to how its messag living ‘after Senn Jesus’. This is a re multiple layers o the Old Testame insightful yet cl

A prominent historian argues persuasively for an urgent response to global warming and overpopulation. of Christianity’s role in he current problem is hardanced. Collins urges Christians es of their contempt for the by reminding them that in both ation and Jesus himself, the scendent enter into the very erial existence. God takes the . So should we.

A welcome companion for parents who wish to open and share God’s word in that most challenging of environments: their own home. The material is engaging and presents the ‘big picture’ of the Bible yet can be expanded or contracted as appropriate. Don’t be fooled by the page-a-day format, illustrations and friendly feel: the probing questions, guides to prayer, spiritual challenges and wide variety of activities will be as useful in schools and at camps as they are in the home. A vital step towards restoring Bible literacy.

The author steps beyond the controversies of authorship and dating which have preoccupied the study of Isaiah for so long o the more practical matter of ge might be received by readers nacherib, after Cyrus and after efreshing way to explore the of this monumental book of ent. Patston is rigorous and lear, fluent and accessible.

The rag doll Stephanie Carmichael &amp; Jessica Green Matthias Media ISBN 9781921441745 A simple tale of a small girl’s desire to play with a rag doll proceeds from a common family drama to an opportunity to teach children about the loving God who made them and all people. The illustrations are warm and intimate and the story models the very thing the author hopes parents will do themselves: use the opportunities that crop up each day to talk to their children about God.

The Australian Christian Book of the Year Award is given annually to an original book written by an Australian citizen normally resident in Australia and published by an Australian publisher. The award recognises and celebrates excellence in Australian Christian writing. The Award carries a prize of $2,500 for the author, and a framed certificate for the author and publisher. A short list is announced in July and the awards are presented during August. Supplementary awards may be made. Entries are judged with an eye to the: Original nature of the work. Literary style, including suitability for the target audience. Competence and expertise displayed by the author in writing the book and examining the underlying thesis. Design, layout, cover, text and illustrations. Contribution that the book makes in meeting a need for Christian writing for the Australian situation and in the Australian market.

Judges Libbey Byrne is a member of the Religious Sisters of Charity of Australia and currently serves on their leadership team. Libbey has degrees in theology and education and a masters degree in spirituality. She has been a secondary school teacher, trained religious education teachers for NSW state schools and now works in adult faith formation and spirituality. Libbey enjoys reading, movies, body surfing and the company of friends. Alex Crawford holds degrees in arts, law and theology. He is a practising barrister in Brisbane. Outside the law, he is interested in books, music and seeing the Brisbane Lions win. Alex is married to Penny. They have three adult children and attend St Mark’s Anglican Church, Clayfield. He is the secretary of the Mathew Hale Public Library based in Brisbane. Allan Demond is Senior Pastor of New Hope Baptist Church in Melbourne. He holds degrees in philosophy and theology and a PhD in education and homiletics. Allan teaches at Whitley College, Victoria, and the Australian College of Ministry. He enjoys good books, beautiful music and rare Aussie stamps. Allan is married to Janet, an artist. They have three adult children.

2011 Australian Christian Teen Writer Award Winner Amber Holmes Sunshine An accident involving his best friend, Jem, precipitates Seth’s descent into agoraphobia. News of Jem’s death months later marks the beginning of Seth’s journey back to the outside world. We are not only taken into a teenage boy’s own trauma, but also witness its impact on the rest of his family. The writer vividly evokes conflicting emotions. Confronting a seemingly hopeless situation, some family members turn naturally to prayer. Others only pray when all else has failed. Their prayers bring no easy answers, but do chart the possibility of healing and a way forward. ‘That’s it,’ she declared to herself, storming up the steps. ‘I won’t allow him to do this anymore. He’s going to walk out of this house if it’s the last thing he does. I don’t care if I have to drag him out kicking and screaming.’ Seth stood frozen with his back against the wall … ‘Seth? Seth!’ his mother called. ‘Se– oh, there you are.’ ‘Wh-what’s going on?’ he replied, trying to sound casual, but his nervous laugh didn’t help him much. Without another word, Seth’s mother grabbed his arm roughly and pulled him back downstairs with her. Seth hurried to keep up in his confusion realizing she was not joking. ‘No, stop!’ he cried, planting his feet firmly against the ground as he tried to resist her pull. His heart beat wildly as he stared at the door. ‘Mum, no! Mum please don’t make me!’ he shrieked, arms flailing wildly... ‘You need to get over this, Seth!’ she cried. ‘You can’t live your whole life hidden in a room. I won’t let you!’ Seth sobbed loudly. ‘I can’t go out there … I can’t!’ ‘Why not?’ she demanded. ‘What is so hard about walking out this door and breathing in the fresh air?’ To prove her point, she strode out the front door and stood in the front yard. ‘Look at me, Seth. Look, I’m fine.’ Seth looked up, his heart still beating rapidly, and his throat seized up. Mum, he tried to say. Mum, get in the house. It’s not safe. But the words wouldn’t come out of his mouth. He couldn’t save her. It was happening all over again. He started to feel dizzy and before he knew it his eyes had rolled backwards and everything had gone black.

Certificates of Commendation Christy Tobeck Who are you anyway?

During a girls’ weekend away, five friends deal with a range of issues including self-image, family sickness and relationships. One by one each girl faces her own challenges and with the encouragement of her friends and biblical truths is able to re-evaluate herself and her situation and leave the beach house with new courage. Memories, internal conversations, interaction with friends and familiar Bible texts are woven naturally into a story narrated by the mirror we meet in James 1:23–25. I surveyed the empty room; it was late and for someone that doesn’t sleep, these were the most boring parts of the day. Through the blinds the moonlight cast a lined shadow over the room. Everything was quiet; the only sound was the tick-tock, tick-tock of a small clock on the wall. A light was suddenly turned on and Dana walked past me into the kitchen, pouring herself a glass of water. Glass in hand she stared out the window at the endless waves crashing on the shore. She watched their repetitive movements for what seemed like forever. In the dark she could see the white crashing water falling over and over again. The sound of the waves rolled over her mind. She was getting lost in her memories, the laughter they shared, the moments that had made her fall for him. She poured her water out into the sink, not a drop had been drunk, and sat down on the couch, putting her head in her hands, quietly starting to cry. She had just had another dream of what it would have been like if he had loved her back, if they were together. ‘Why is it so hard?’ she asked me, staring at herself. ‘Every day is a struggle. Some days I’m really depressed, and others I’m angry. I can’t believe I lost my first love to an idiot not even worth my time. I’m so stupid, how did I let myself get so caught up?’ She looked away, ashamed, her eyes full of regret, crying softly. I wanted to show her what I could see, the things that made her loveable. The things on the inside, the only things that mattered, but all I could do was to keep reflecting her from the outside. All I could do was wait and hope that someone else would show her the inside.