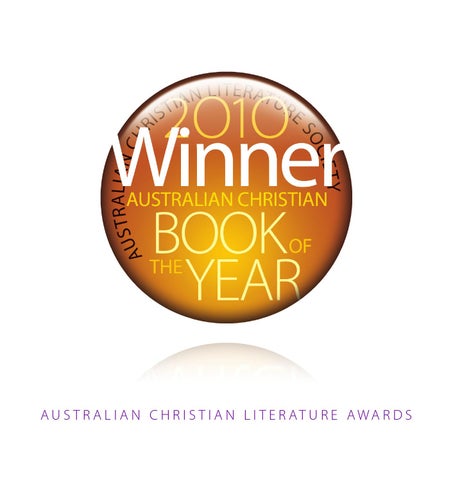 This wide-ranging study maps the contours of belief and unbelief in Australia, making a valuable contribution to our national selfunderstanding and to Christian apologetics and mission. Tom Frame traces the evolution of religion and irreligion in Australia from European settlement to the current day, marshalling statistical and documentary evidence to describe the changes in religious belief, belonging and behaviour. He interacts intelligently and critically with contemporary proponents of unbelief, including Richard Dawkins, Christopher Hitchens and Phillip Adams. Frame’s survey exhibits an admirable breadth of scholarship and is sophisticated, nuanced and fair-minded in its treatment of the issues. Above all, Frame writes with unflinching precision and honesty, listening patiently and carefully to the voices of Australian unbelief, before concluding the book with a moving personal apologia for his own Christian faith. Losing my religion is a masterful contribution to the current debate, written in a manner that will facilitate conversation between Australian Christians and a society increasingly disengaged from Christian ideas and institutions.

This accessible, practical and well-crafted book challenges the church to train and equip every Christian to be a disciple-maker. Its clear argument and memorable metaphor have generated both an international chorus of ringing endorsements and a vigorous online debate. A wealth of wisdom for pastors and leaders, regardless of whether they are persuaded by the total package.

An understanding of how Islam views nonMuslims is critical to our successful participation in domestic and global affairs and for Christian mission in Australia and the world. This timely contribution is expansive and carefully researched. The reader is made familiar with the Islamic canon, including both the Quran and interpretive texts. With authority, sensitivity and courage, Durie challenges the conventional wisdom about Islam.

responses. Dum expertise in the theology to the on how Jesus fo covenant with h particularly help epistle’s more d commentary fo

This is the story of a young girl who simultaneously discovers herself and God in the midst of adversity. Indeed, she is e’. The plot is powerful and matic yet the writing is subtle, timate. The characters of the d her unconventional companion with confidence and emotional r transforming friendship is rally and convincingly. A gritty t novel.

Montgomery of Tasmania: Henry and Maud Montgomery in Australasia Robert Withycombe Acorn Press ISBN 9780908284788 This carefully-researched and well presented history is a timeless testimony to holistic Christian mission. The Montgomery duo shared a passion for people and the land and devoted themselves to serving both European and indigenous Tasmanians. The sacrifice, discipline and courage with which they took the good news of Jesus Christ to forgotten and vulnerable people is as breathtaking as it is instructive.

Biblical covenant is a relationship founded on divine promises and requiring certain human mbrell brings his considerable e Old Testament and covenant e Epistle to the Hebrews, focusing orever transformed God’s his people. This approach is pful when dealing with the difficult passages. A compact or the knowledgeable reader.

A century of influence: The Australian Student Christian Movement 1896–1996 Renate Howe UNSW Press ISBN 9781921410956 This well-researched history makes good use of oral and archival sources to trace the changing beliefs and attitudes of a movement that began the 20th century as the most visible Christian presence on Australian university campuses. A sober study that provides ­valuable insights into grassroots ecumenism and political engagement in an important strand of Australian Christianity.

The Australian Christian Book of the Year Award is given annually to an original book written by an Australian citizen normally resident in Australia and published by an Australian publisher. The award recognises and celebrates excellence in Australian Christian writing. The Award carries a prize of $2,500 for the author, and a framed certificate for the author and publisher. A short list is announced in July and the awards are presented during August. Supplementary awards may be made. Entries are judged with an eye to the: Original nature of the work. Literary style, including suitability for the target audience. Competence and expertise displayed by the author in writing the book and examining the underlying thesis. Design, layout, cover, text and illustrations. Contribution that the book makes in meeting a need for Christian writing for the Australian situation and in the Australian market.

Judges Alex Crawford holds degrees in arts, law and theology. He is a practising barrister in Brisbane. Outside the law, he is interested in books, music and seeing the Brisbane Lions win. Alex is married to Penny. They have three children and attend St Mark’s Anglican Church, Clayfield. He is the secretary of the Mathew Hale Public Library based in Brisbane. Nancy Kroeger combines her passion for literature with her love of numbers and people by working at Ridley Melbourne Mission and Ministry College. She is celebrating her eleventh year working in the College Bookshop as bookkeeper. Her most recent read was the challenging Wolf Hall by Hilary Mantel. Nancy is married to a Presbyterian minister and church planter. They have three adult children, two sons-in-law and one granddaughter. David Starling teaches New Testament and Theology at Morling College in Sydney and is a member of Macquarie Baptist Church. He studied English and History at Sydney University and worked as a high school English teacher in Western Sydney before theological study at Moore and Morling Colleges and pastoral ministry in Sydney’s inner west. He is married to Nicole and has three young children.

Jack takes us to places most of us will never see. The gruelling pre-dawn training routine of a competitive teenage swimmer chasing the black line. A brightly-lit neonatal intensive-care unit as a premature baby fights to survive against the odds. The writing is direct, intimate and muscular. The author connects the battles of life and faith by addressing ordinary and extraordinary challenges; confident that he is always held in God’s hands. Good gritty writing. 4.20 am. The alarm clock jolts me awake. I roll over, reach out one hand to silence its relentless buzzing and continue the roll until I am standing beside the bed. Groping around with eyes still half shut, I locate my swim suit by touch and wriggle into it, followed by t-shirt and shorts. Knuckling the last vestiges of sleep out of my eyes, I stumble through the dark house towards the dim light shining in the kitchen to find my mother up and already hard at work. She characterises the term long-suffering: actually, I’m fairly sure that if you googled that term, a photo of my mother, hair floating like a mad, curly cloud around her face, hint of fatigue always present at the back of her eyes, would accompany the definition. She greets me with a smile and hug and turns back to the task at hand; mixing bottles of sport drink and packing a minor mountain of food for the coming day. …   Swimming isn’t easy; as a matter of fact, it’s wearying, unrelenting toil. You have to want it—and you have to want it bad. Day after day you have to work on all the little things. Improvements, when they come, come in tiny increments. You have to learn to be stoic and to battle on towards the prize. Maintaining and growing in faith is exactly the same; it doesn’t come easy. You have to work at it and sometimes it feels as if your Christian walk is all uphill and into a gale force wind. Just like in swimming, perseverance is the key. …

The events following a devastating accident and its terrifying consequences for the writer’s family are clearly described together with her own journey in faith and forgiveness. The writing is moving and exceptional for the author’s age. Facing life at its most unreasonable, the reader is challenged to respond with faith. I was not always frightened of my grandfather. In fact, some of my fondest memories include him; learning how to ride my two-wheeler, band aids on bleeding knees, folding paper airplanes, whiskered cheeks, Sunday morning walks to church. All the grandkids called him ‘Papa’. He may have been the most caring person I ever knew. That’s a pretty big thing to say. Nan was also an amazing person. They had been married for 46 years, but she had died suddenly and unfairly three years earlier, which is why my family and I were in the hospital now, travel weary, clutching each other’s hands, weeping openly, praying desperately, as we waited for the inevitable. Papa had almost died in the accident that claimed Nan’s life. But he lived. And his living scared me.   Papa’s breathing was much more laboured now than when we had been with him in the hospital the previous weekend. We thought he might have died then, but to our surprise, he pulled through that crisis time. We had returned to Melbourne because Dad had to go to work and my sister and I had already missed too much school. We didn’t mind missing school, but in our family, what Mum says goes. And she said ‘school’.   The loud, stop-start, stop-start, stop-start breathing sounds he made was a type of breathing called Cheyenne-stoking, so the kind registered nurse told us. As I understand it, it’s what happens to people when they are near death and yet clinging to life. The noisy breathing seemed amplified in the sparse hospital side-room, especially now at 2.00 am. …

But the greatest of these

Wish upon a star