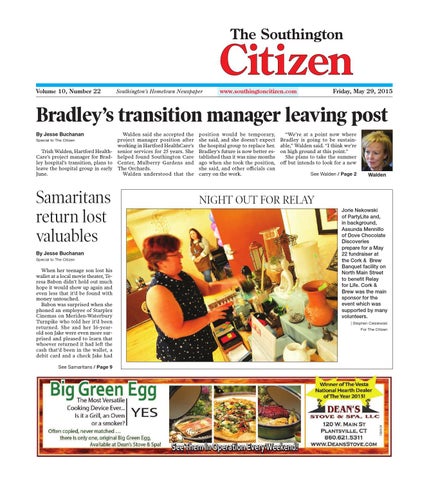 When her teenage son lost his wallet at a local movie theater, Teresa Babon didn’t hold out much hope it would show up again and even less that it’d be found with money untouched. Babon was surprised when she phoned an employee of Starplex Cinemas on Meriden-Waterbury Turnpike who told her it’d been returned. She and her 16-yearold son Jake were even more surprised and pleased to learn that whoever returned it had left the cash that’d been in the wallet, a debit card and a check Jake had

Walden said she accepted the project manager position after working in Hartford HealthCare’s senior services for 25 years. She helped found Southington Care Center, Mulberry Gardens and The Orchards. Walden understood that the

position would be temporary, she said, and she doesn’t expect the hospital group to replace her. Bradley’s future is now better established than it was nine months ago when she took the position, she said, and other officials can carry on the work.

“We’re at a point now where Bradley is going to be sustainable,” Walden said. “I think we’re on high ground at this point.” She plans to take the summer off but intends to look for a new See Walden / Page 2

NIGHT OUT FOR RELAY Jorie Nekowski of PartyLite and, in background, Assunda Mennillo of Dove Chocolate Discoveries prepare for a May 22 fundraiser at the Cork & Brew Banquet facility on North Main Street to benefit Relay for Life. Cork & Brew was the main sponsor for the event which was supported by many volunteers. | Stephen Cieslewski For The Citizen 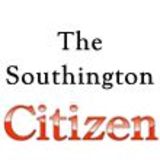