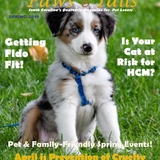 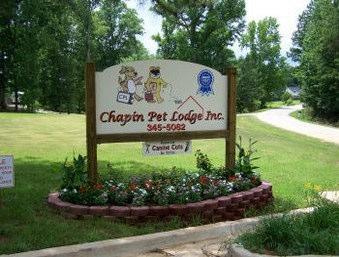 We recently fostered and later adopted a new cat who we thought was a sixmonth-old kitten. You can imagine our surprise when we discovered she, whom we named Lacey, was pregnant. Having no e x p e r i e n c e w i t h pregnancy - human or animal - I was a nervous wreck. While many experts agree that complications and risks are low with pregnant cats, I could not help but worry

Lacey would be an exception considering her assumed young age and being a first-time mother.

U p o n f o s t e r i n g L a c e y , w e immediately set up a spay appointment not realizing a cat could be pregnant at such a young age. According to Spay First, a nonprofit organization committed to promoting and educating the public about spay/neuter, a female cat can get pregnant as young as four months old. Female dogs can get pregnant as early as five months of age. The difference between female cats and dogs is that a cat is seasonally polyestrous, meaning it will continually go in and out of heat during certain seasons (fall through spring) until pregnant. Dogs on the other hand will come in and out of heat only a few times a year whether pregnant or not.

After noticing the signs and determining Lacey was pregnant, we cancelled the appointment knowing that if a cat or dog is discovered to be pregnant during the time of a spay, the pregnancy will be terminated. I first suspected Lacey being pregnant when I noticed her nipples looked larger than normal. For a small cat, her nipples were larger than most dogs. As time passed, her nipples increased in size and pigment, going from white to pink to red. The second sign to give me pause was her distended belly. At first, I thought she had worms, but a quick check in her litter box dispelled that theory. Then her appetite began to grow; she was ravished all the time. We fed her plenty, but she was insatiable. As her appetite grew, so did her affection toward my husband and me. She followed us everywhere, constantly rolling onto her belly for rubs, which is normal behavior for a dog, but not a cat. She also began to climb on my head nightly to groom me as part of some strange routine.

Did You Know A Pregnant or Nursing Cat is Referred to As A Queen?

T h e l a s t indicator was her restlessness and constant searching for hiding spots. A lot of cat i n f o r m a t i o n sites refer to this hunt for the ideal birthing spot as “nesting behavior.” Typically, this will be displayed a week or so before delivery, but for Lacey, she began her s e a r c h n o t e v e n h a l f w a y t h r o u g h h e r pregnancy.

Not knowing when Lacey got pregnant, I thought every day was her due day. Cats and dogs have a gestation period for approximately 63 days (only nine weeks or two months). With so little time I began to prepare areas for her in our house to give birth. Having three dogs and another cat, I had to set her up in an area where I could keep the other animals away for the next six to eight weeks. The guest room was perfect.

Upon the advice of Joyce Garren Mc Ku lk a of H a p p y H e a l t h y Creatures in Irmo, SC, I set up a crate and covered it with a blanket, creating a “nesting box.” “Don’t let them have too much light. It will damage their eyes,” she stressed.

I was careful not to put too many blankets or pillows inside as the “kittens could get smothered,” she advised. McKulka also noted, “Cats love under the bed.” Trying to prevent this, I set up more boxes, cutting out holes in cardboard

boxes, which I found on Pinterest in the DIY posts. McKulka also stressed the importance of keeping the kittens in a dark place.

I took Lacey to the vet for a check up close to the time I thought she was entering labor. I could feel the kittens actively moving around, so I assumed her time was close. He reported feeling at least three kittens and advised me to put her into a quiet, dark room because cats prefer privacy when giving birth to avoid “interrupted labor.” A cat can stop labor if they are disrupted or feel unsafe, which is why cats could be in labor for up to 36 hours before birthing kittens. The actual birthing process could take up to 12 hours, with possibly many hours between each kitten. Lastly, he said that she will do all the work, including clean up. Cats will eat the placentas and lick up all signs of afterbirth due to their instinctual nature to hide their newborns from potential predators in the wild.

Two weeks after seeing the vet, Lacey still had not given birth. By this time, I was feeling less and less movement of the kittens. After the third week, I called the vet concerned. I was not feeling the kittens as active and feared she could be carrying stillborn kittens. Overall, she was acting as usual, hungry and affectionate. He advised that if she was not showing any obvious signs of distress, then I need not worry. Still fearing complications, I reached out to numerous people in the cat community. Katherine Coynor, a volunteer with Cat Around Town Project, a cat rescue organization in Columbia, SC, agreed with my vet and explained, “Cats are better designed than humans. The uterus is connected directly to the ovary, so they do not have ectopic pregnancies. The babies are smaller, and even breech babies are easily delivered.” I was out of town visiting family when Lacey went into labor. Two months of intense preparation and I had to send in my backup - my husband. He said he had a strong feeling the night before she gave birth because of her constant desire to be by his side and refusal to be left alone. The next morning, he reported her being unusually vocal, almost as if crying. As he was petting her to calm her down, he noticed her back was wet, indicating her water broke. As he looked her over, he saw that a small amount of reddish discharge had been emitted.

Approximately an hour later, her first kitten was born. Within three hours, she had given birth to her entire litter of six (seemingly) healthy kittens. Thanks to modern technology, I was able to see Lacey’s last kitten be born through video chat. I watched in amazement as she gave birth to one while simultaneously nursing and grooming her other kittens. All my preparations were futile. Lacey, true to her stubborn cat form, chose her own nesting spot - the top of our bedroom closet, six feet off the ground. All my fears were unfounded. The lack of activity I felt was because Lacey had six, not three, kittens in her stomach, leaving little room to move around as they grew bigger. Lacey had absolutely no complications; it was a very quick and easy birthing process considering the number of kittens in her litter. And all my assumptions only proved what is already known - never assume!

Lacey was only halfway through her pregnancy when I took her to the vetshe went into labor four weeks after her vet visit. Lacey was not a 6month-old kitten; the vet aged her well over a year. She is just small for an adult cat. The vet also told me that it probably was not her first litter; she was too calm acting for a first-time mother.

The kittens were born on May 11, 2021. As of May 30, Lacey’s kittens are healthy and gaining weight at an accelerated pace. We are currently searching for good homes for the kittens and planning her spay once the kittens have been weaned.

With five animals already in our household, the addition of six more has not been easy; but, as I watch her nurse, clean, and protect her babies, I can only thank her for vicariously allowing me to feel the magic of motherhood!

Think your cat is pregnant?