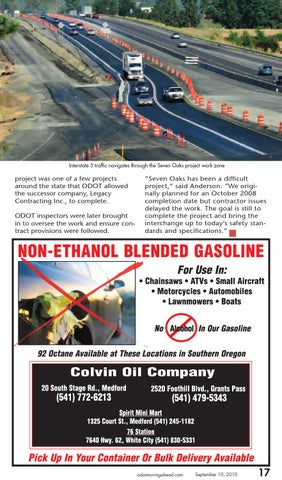 project was one of a few projects around the state that ODOT allowed the successor company, Legacy Contracting Inc., to complete. ODOT inspectors were later brought in to oversee the work and ensure contract provisions were followed.

“Seven Oaks has been a difficult project,” said Anderson. “We originally planned for an October 2008 completion date but contractor issues delayed the work. The goal is still to complete the project and bring the interchange up to today’s safety standards and specifications.”