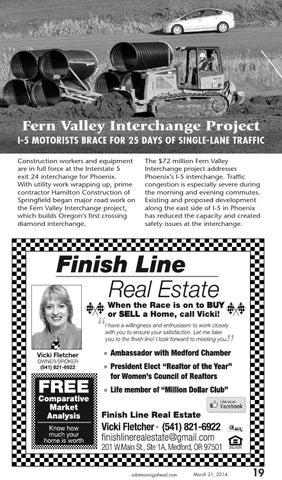 The $72 million Fern Valley Interchange project addresses Phoenixâ&#x20AC;&#x2122;s I-5 interchange. Traffic congestion is especially severe during the morning and evening commutes. Existing and proposed development along the east side of I-5 in Phoenix has reduced the capacity and created safety issues at the interchange.