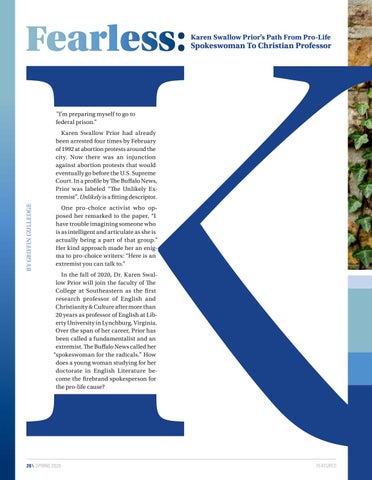 "I'm preparing myself to go to federal prison."

Karen Swallow Prior had already been arrested four times by February of 1992 at abortion protests around the city. Now there was an injunction against abortion protests that would eventually go before the U.S. Supreme Court. In a profile by The Buffalo News, Prior was labeled “The Unlikely Extremist”. Unlikely is a fitting descriptor.

One pro-choice activist who opposed her remarked to the paper, “I have trouble imagining someone who is as intelligent and articulate as she is actually being a part of that group.” Her kind approach made her an enigma to pro-choice writers: “Here is an extremist you can talk to.”

In the fall of 2020, Dr. Karen Swallow Prior will join the faculty of The College at Southeastern as the first research professor of English and Christianity & Culture after more than 20 years as professor of English at Liberty University in Lynchburg, Virginia. Over the span of her career, Prior has been called a fundamentalist and an extremist. The Buffalo News called her “spokeswoman for the radicals.” How does a young woman studying for her doctorate in English Literature become the firebrand spokesperson for the pro-life cause? 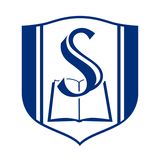 The Spring 2020 issue of Southeastern Magazine

The Spring 2020 issue of Southeastern Magazine