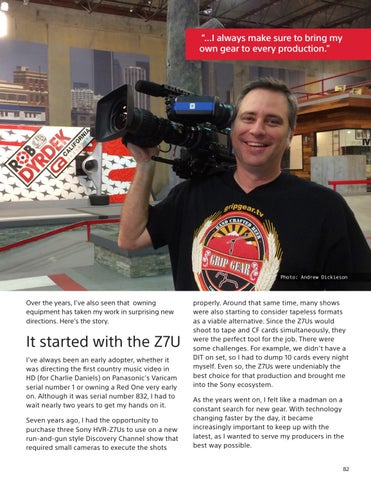 “...I always make sure to bring my own gear to every production.”

Over the years, I’ve also seen that owning equipment has taken my work in surprising new directions. Here’s the story.

It started with the Z7U I’ve always been an early adopter, whether it was directing the first country music video in HD (for Charlie Daniels) on Panasonic’s Varicam serial number 1 or owning a Red One very early on. Although it was serial number 832, I had to wait nearly two years to get my hands on it. Seven years ago, I had the opportunity to purchase three Sony HVR-Z7Us to use on a new run-and-gun style Discovery Channel show that required small cameras to execute the shots

properly. Around that same time, many shows were also starting to consider tapeless formats as a viable alternative. Since the Z7Us would shoot to tape and CF cards simultaneously, they were the perfect tool for the job. There were some challenges. For example, we didn’t have a DIT on set, so I had to dump 10 cards every night myself. Even so, the Z7Us were undeniably the best choice for that production and brought me into the Sony ecosystem. As the years went on, I felt like a madman on a constant search for new gear. With technology changing faster by the day, it became increasingly important to keep up with the latest, as I wanted to serve my producers in the best way possible. 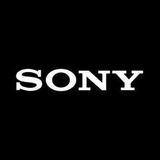