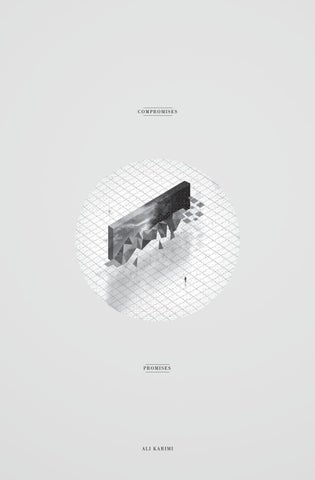 The project called for a building which moves with the locks on which it sited. The proposal is for a Maritime Museum , in which the boats passing through the lock become part of the exhibit, turning the space of the lock into that of stage and theatre. The three museum buildings move as the locks move, allowing for new configurations of galleries and processions though connected and disconnected museum space.

Ma r it ime Museum Jeffrey sat down beside me, after final review, and explained everything. He said, “The point is to learn to deal with frustration in architecture. Frustration as not only a hinderance, it is not, but as a motivator for creativity. Frustration with the form, with the client, with the contractor, with your entire cosmology. There is no blue sky. There are no hands tied. There is only the back and forth rocking, of your cradle under the stars.” I’m paraphrasing of course, but that was the jist of it all.

The site is both museum and functional lock , as the boats pass through the lock, the buildings move creating new galleries and new adjacencies within the channel. One the boat is in the lock, it is on display, a new feature in the museum , temporary but didactic. As the galleries move once more, the boat leaves, and escapes the exhibit ; the galleries shift once-more and new museums are created, new exhibits are prepared.

Sometimes when Iâ&#x20AC;&#x2122;m lying in bed and the streetlight paints my room a burning orange I thank god that youâ&#x20AC;&#x2122;re just a woman and not an ocean. Hearts are far easier to mend than ships.

Section perspective of the three stages

The proposal is for a sinuous infrastructure, a building that can act as cartilage while also creating public spaces and amphitheaters. Current models for campus centers call for landmark buildings, that bankrupt the institutions that build them but only add a single building to the campus itself. This project suggests a non-existent campus center that connects the campus but disappears soon after.

Campus Center Any hallway followed precisely to its end leads precisely nowhere. Ascend the stair a little bit to test its a stair. From the top of the building, you cannot see the building.

The scheme was built off of connecting a campus center to several buildings and beginning to create a new center via the stringing of circulation spaces together. The site strategy begins with the negotiation of landform, creating a new landscape for the site, which begins to create the

central public space. The building itself becomes general program, as well as circulatory space within and on top, it becomes part of the new landscape, defining it but diving into it. At the same time the building respects the flows of pedestrians through the campus, shifting out of the way to make a path , or slipping away out of view

All the buildings in the world Sound a little like this one Like a long hall And a night that drags me to someone elseâ&#x20AC;&#x2122;s schedule.

In searching I find nothing In longing I leave nothing It is only this building That remains.

The project is an investigation of modular systems. The proposal is for a religious center which is built partially below grade and composed of two modules. Girih Tiles and Islamic vaulting were combined and reinterpreted to create a mosque which expresses both the self-similar fractal quasicrystalline tiling as well as the muqarnas and ceilings of traditional mosques.

Perhaps your generation has become disillusioned with the infinite. They turn their backs on the explosions of universes within universes. “Trust us”, they say, “infinity is no place for a generation to lay their heads”. The grains of sand cannot sleep amidst the sound of waves crashing on the beach. They shrug, the cosmos yawns.

Beginning with two modules, the fundamental parts of the Girih tiles, different methods of aggregating and composing the elements to generate vaults, corridors, rooms, and then a hierarchy of space were tested and aggregated.

Model of rooms and circulation

One day Yasoda took her child on her lap and suckled Him. She kissed her son again and again. Just at that time the child yawned. When he opened His mouth, the mother saw the whole universe within it. She saw the sky, the space between the earth

and the sky, the sun, the moon, the stars, the four quarters, fire, air, oceans, continents, mountains, rivers, forests, islands, and all things in the universe, animate and inanimate. Yasoda who saw the whole universe within the mouth of her own son, shuddered

and closed her eyes immediately in great fear. She was struck with wonder. This very moment, she requested Lord to be her son alone and never ever show her this form of almighty. - Story of Krishna

The project called for the insertion of a greenhouse into the landscape of the Wellesley Campus. The proposal combines an urban form derived from the campus itself with the morphology of connected ecosystems. The result is something between the urban and pastoral, a greenhouse and a trace of a city, an ecosystem and a street.

The exercise began as a series of urban transformations, applications, and explorations of the site. After generating a morphology appropriate for the Wellseley campus, the section, and plan were calibrated to allow for different ecosystems to co-exist and to shift into each other. Through the use of different shading, different heights, water amounts, and windflow the building becomes urban-scape and eco-scape. Site Model

The project is a skyscraper in Dubai which makes use of the caravanserai typology to begin to interlace the hotel and non-hotel program to create new communities and encourage strange and spontaneous cohabitaiton. By changing the skyscraper type to one with three atria, or three courtyards - a gym, a spa, and entertainment/hotel - with rooms populated throughout, the hotel can begin to cause friction that the society itself avoids. This lack of friction and intermingling is something a caravanserai can bring back into the culture that discarded it.

Caravanserai â&#x20AC;&#x153;The notion of movement is therefore central to an understanding of the relations between peoples. Identity, seen from a long-term perspective, cannot be viewed as a ghetto or an enclosure, but as the result of a whole process of synthesis and encounter between peoples and cultures.â&#x20AC;? - Excerpt from The Silk Road

The Caravenserai Tower is a combination of Hotel, Gym, Spa, sited along the Sheikh Zayed Road in Dubai. The tower begins as three courtyard buildings which mix hotel rooms with the gym, spa, and hotel program. After the initial mixing, the forms contort to site and environmental pressures, as well as the desires of the individual program. The building shifts to reveal the courtyard, but veils itself in louvres and skews to hide itself from the desert sun.

Life is a caravanserai that has two doors, I came in one, I went out the other - Emine Ozdamar 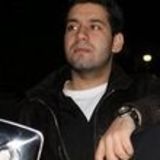