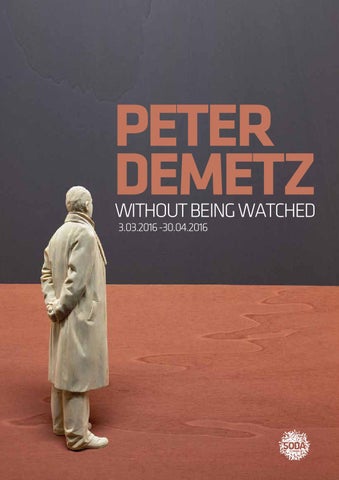 PETER DEMETZ Born in Bolzano in 1969, currently lives and works in Ortisei (BZ). After studying at the Ortisei Art Institute he was an apprentice to Master Heinrich Demetz, consequently obtaining the Sculpture master degree. Ever since, he has participated in numerous exhibitions in both Italy and abroad. Since 1999 and for the following three years, he studied pedagogy, didactics, psychology of learning and development. Since 2001 he’s been dictating courses and seminars on wood carving. From 2002 to 2006 he was Head Teacher for the Sculpture Course at the University of Zwickau in Germany, Faculty of Applied Arts. From 2007 to 2010, he achieved major awards in art contests such as “III Trienale Ladina”, the “Arciere Award” and the “XVIII Sulmona Prize” placing himself among the most interesting sculptors in today’s art scene.

THE PROXEMICS OF SCULPTURES By Marco Izzolino It has been often pointed out that Peter Demetz’s works are a meeting point between painting and sculpture. They are not actual sculptures because the artist chooses to display a given point of observation, but they are not paintings either because they tend to the third dimension. They have depth, but the rules of perspective they are subject to are not geometrically perfect. And yet, despite the artist having introduced the use of colours and inner lighting into his latest production, I believe that Peter Demetz’s works are to be considered as sculptures: the interest that they provoke is due to the fact that the observer approaches them as he/she would approach sculptures. The material they are made of – which refers to a very ancient tradition of wood sculpture – as well as they’re being projected in space towards the observer (rather than their being three-dimensional) recommend the observer the use of those interpretative tools necessary to read sculptures.

The way in which Peter Demetz portrays his characters puts the observer in a strange position: the one who watches without being watched. It is a subtle psychological game which suggests the idea of “spying” on someone else for those who are in front of his works. Thanks to the posture of his characters and their relationship with the space, Demetz allows us to observe the intimacy of the individual, which is disclosed by the proxemic language of the body. It seems incredible how the body’s attitude and its reaction to the surrounding space can indicate someone’s emotional state! Curiosity, loneliness, concentration, interest, surprise, and so on, come from Demetz’s characters and these are the emotions with which the observer identifies him/herself.

1993 Achievement of the diploma maestro scultore

1995-02 Teacher at the vocational school in Ortisei and Selva Gardena. Subjects: drawing, history of art und sculpture. 1997-00 Chairman of the association „Artigianato Artistico Gardenese“ and of the UNIKA group. 1999-02 Courses in pedagogy, didactics, educational and developmental psychology. since 2001, Lectures and seminars on wood sculpture as well as courses on working with wood and clay, drawing, design and anatomy; among

others, for the design centre of the company Swarovski in Wattens (A), the LKJ-Sachsen in Leipzig, the Daetz-Centrum in Lichtenstein

(Ger) and the Academy of Fine Arts in Carrara

2002-06 Leading teacher of the course on wood sculpture of the Westsächsische Hochschule Zwickau , Department of Applied Arts Schnee

berg, at the Daetz-Centrum in Lichtenstein ( Germany ). 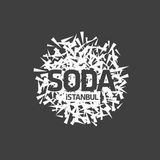