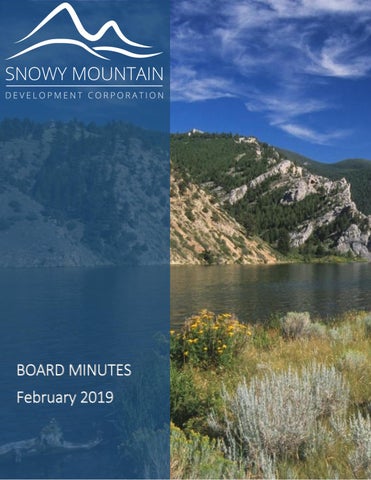 Attendance: SMDC Board Members: Ross Butcher, Holly Phelps, Carol Schaeffer, Dean Blomquist, Ian Reed, Cody McDonald, Sandra Jones, Kay Klepey, Paul McKenna, Garth French and Amy Angel. SMDC Staff: Kathie Bailey, Diane Pennell. Call to Order: Chairman Ross Butcher called the meeting to order at 10:00 am. Minutes: Carol found a few typos in the minutes which will be corrected. Minutes of the October 17, 2018 meeting were approved as amended (Cody/Dean). Financial Report  Audit: Kathie distributed the 2017-18 audit, stating that we, once again had a clean audit and thanked the staff. Total assets continue to grow mostly due to Brownfields revenue, which was and continues to be our main program. Kathie will field questions on the audit at the next board meeting to give members time to review.  Financial Report: Diane explained current YTD financials in the packet, stating that SMDC is in a good place financially with a bottom line of $32K after Brownfields loan funds expended and an additional $45K of revenues earned but not received. SMDC has received the first payment of $53K on our $125K CDFI grant. This will be expended over the next year, so may show up on the books as a deferred revenue if not fully expended by FY end. Kathie refreshed the board on the CDFI program stating that the money can be used to (1) Train staff to assist in and market business development and (2) Access Treasury funds and become a Certified Development Financial Institute. Funds can also be used to do a financial needs market study. No match is required for the grant. Visual reports compared the profit and loss for 201819 FYTD to 2017-18 FYTD with grant revenues up $405K and expenses only up $165k. Increases are due mainly to Brownfield RLF, Browfields Assessment, BLM and CDFI revenues. Both the audit and financial reports were unanimously approved. (Carol/Ian). Executive Director’s Report/Educational Moment:  Marketing: Kathie had the board do an exercise to see how they were doing as SMDC’s liaison and voice. They completed a questionnaire which asked questions such as, “How do you further SMDC’s mission”. Kathie stated that SMDC is trying to market our agency more by focusing on Facebook and redoing our website.  HB52: Kathie shared that this bill jeopardizes CRDC funding, which currently provides $36K/year in base funding used to leverage federal dollars. SMDC got glowing letters of support from Jamie Sura, owner of Fitness Central and another new business, Brian Lewis of Synthesis and Julie Walsh and Jeff Southworth of Central Feed Grilling. Julie and Jeff’s letter was an unsolicited surprise where they “attributed SMDC for Central Feed Grilling Company’s solid launch which set the stage for ideas to become reality”. 

USDA RBDG: SMDC was awarded a $30K grant from USDA of which $25K will be loaned to the Lewistown Art Center (LAC) on a 7 year 0% loan to expand their product line. $5K will be used for providing TA to the Art Center and other expanding businesses. Kathie and Carly met with the LAC board which is moving forward and excited to be able to build capacity. This grant will also build SMDC’s RLF capacity as it is paid back. Page 1 of 3

EDA RLF: SMDC has $500K to lend, however there are no new prospects yet. (See first point under Executive Director’s report).

Public Input: None. Old Business:  Brownfields RLF and funds: Kathie distributed our Brownfields RLF report, stating that the Brownfields revolved funds are growing and as these funds grow, board awareness needs to grow. Current assessment projects include On Your Way in Lewistown, Biegel Bar in Harlowton, Farmer’s Union in Roundup, possible projects in Winnett and another two in Lewistown. Kathie justified the need for this money and possibly more. “This is our biggest project and has the most impact. We’re able to put businesses back in use”. She added that there are many uncertainties in the cost of clean-up such as at a tank clean-up site in Hilger that turned into a buried house and contaminated water clean-up site as well. The report reflects not only the funds drawn from EPA and the remaining balance, but also the revolved funds which are currently $667K. Those funds are sitting in a Stockman Bank account earning .80% interest. The FDIC coverage per bank per entity is $250K. SMDC balances in Stockman Bank for both Brownfields and Savings/SMDC RLF equal $845K and Kathie asked the board for advice on where to put the funds and their comfort level on not having them fully insured. She and Diane reported options of putting the money in a repurchase sweep account or locking up money in a CD at Stockman or another bank. Kathie added that Bret Carpenter of Stockman Bank offered to increase our interest rate. After much discussion, the board agreed that they would like staff to gather more information and bring specific options back to the next meeting. Options are to include best interest rates, full FDIC coverage and using banks in other communities. 

Signers on Bank Accounts: Kathie distributed a listing of bank accounts that had Karen as a signer, proposing Karen be replaced with Carly Wheatley. This will be approved with the decision on Stockman Bank accounts at the next meeting.

Opportunity Zones (OZ): Kathie updated the board that MEDA is trying to do a working group on OZ’s. Currently there is a Wind Farm Project in Two Dot nearing readiness and another wind farm project has been notified. If there is already a large scale project happening OZ’s might work but it has be a large enough project to make it worth the hassle, and the right private investors found.

New Business:  Grant Writing Fees: Move discussion to next meeting.  USDA-REAP: Jamie Sura is applying for this energy efficiency grant. A Roundup malt shop inquired and will probably apply next year.  2020 Complete Census Count Committee: Kathie wants to get a complete count community in every county. Recommended talking to officials.  Coal Board: One new coal board application, which will be submitted for June meeting.  Business Lending: Kathie explained that her son, CJ Bailey, started his own business two years ago. At that time, Kathie referred him to an Economic Development Agency out of the area for revolving loan funds as Kathie wanted to avoid a conflict of interest. CJ is now looking to restructure his loan, asking for more working Page 2 of 3

capital. Kathie suggested that banks lend to loan officers, and SMDC has loaned to board member businesses such as Cream of the West. Our auditor advised the following to avoid issues: Kathie not be part of the revolving loan fund committee, nor decision making and the conflict of interest be disclosed. Kathie offered to leave for board discussion, but the board declined, stating that at some point there are going to be conflicts of interest. A motion was made to approve considering CJ Bailey for loans, if there is full disclosure, proper documentation, and board is notified of action or has final approval. The motion was unanimously approved (Sandra/Paul). 

Sandra: The Old Central School is completed, finalizing transition. TIF District in place, waiting for certification. Applying for coal board and tourism grant money for putting restrooms near the stage area in Roundup. o Carol/Paul: A planning grant was approved for the community center. County is applicant. Three lots purchased and working on two more. Winnett is also in the process of a CDBG application for wastewater with RRGL and TSEP in the mix. o Dean: Golden Valley County is trying to get better cell service. Mid-Rivers sold all the infrastructure to Verizon. Board suggested that Nemont is a small provider and that part of missile rehab is 5G cell phone coverage with cost covered by DOD. o Holly:  Lewistown is looking to get the Broadway building back in private hands. They have an RFP out. The building needs clean-up as the roof has asbestos.  Creekside: Estimate for bathroom came in at $450K. Land/Water held up in DC due to government shut down. Approved and supposed to be awarded in October. Stage is out for bid and maintenance will be under the City. Park Board will recommend rental agreement. Kathie added that the MEDA conference will be in Lewistown in the fall, and hoping to do a Creekside event. Some of the discussion points at the conference will be: the Role of Economic developers in controversial issues, leadership training and gracious space. o Garth: Boy Scout Ranch renovations of $9M should be completed in May, making it a prime camp destination for both boys and girls. Several campsites have been put in by the Ackley Lake Club, and they are making progress on expansion. Hobson is due to get fiber optics in town this summer through Triangle. Grant applications will be submitted for lagoons as they are due to be upgraded. o Amy: Finishing out flood buyout with FEMA. If coal board funding is available, will work with SMDC on a type 6 ladder truck for Roundup County Fire Dept. Roundup needs a pharmacy. o Ian: Big projects happening including $2M waterline rehab project, sewer upgrade and Roundhouse cleanup project. There is a potential buyer of the Armory out of the Billings area offering $350K. Word is Family Dollar will open in Lewistown and Harlowton. o Paul: ACES – moving forward with community center. The Beef to School program, which provides local beef in the school has pledged beef for three years. Grass bank has ranch leased and will provide grazing for 5-7 young producers. March 5th Estate Planning Seminar. Announcements: The next board meeting will be April 17, 2019, in SMDC’s conference room. Adjournment of Meeting: Chairman, Ross Butcher adjourned the meeting at 12:00 p m. Submitted by Diane Pennell 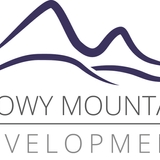