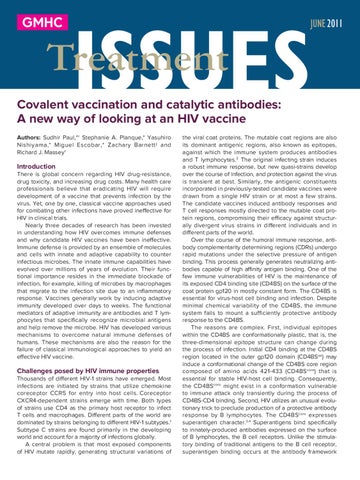 Introduction There is global concern regarding HIV drug-resistance, drug toxicity, and increasing drug costs. Many health care professionals believe that eradicating HIV will require development of a vaccine that prevents infection by the virus. Yet, one by one, classical vaccine approaches used for combating other infections have proved ineffective for HIV in clinical trials. Nearly three decades of research has been invested in understanding how HIV overcomes immune defenses and why candidate HIV vaccines have been ineffective. Immune defense is provided by an ensemble of molecules and cells with innate and adaptive capability to counter infectious microbes. The innate immune capabilities have evolved over millions of years of evolution. Their functional importance resides in the immediate blockade of infection, for example, killing of microbes by macrophages that migrate to the infection site due to an inﬂammatory response. Vaccines generally work by inducing adaptive immunity developed over days to weeks. The functional mediators of adaptive immunity are antibodies and T lymphocytes that speciﬁcally recognize microbial antigens and help remove the microbe. HIV has developed various mechanisms to overcome natural immune defenses of humans. These mechanisms are also the reason for the failure of classical immunological approaches to yield an effective HIV vaccine.

Challenges posed by HIV immune properties Thousands of different HIV-1 strains have emerged. Most infections are initiated by strains that utilize chemokine coreceptor CCR5 for entry into host cells. Coreceptor CXCR4-dependent strains emerge with time. Both types of strains use CD4 as the primary host receptor to infect T cells and macrophages. Different parts of the world are dominated by strains belonging to different HIV-1 subtypes.1 Subtype C strains are found primarily in the developing world and account for a majority of infections globally. A central problem is that most exposed components of HIV mutate rapidly, generating structural variations of

the viral coat proteins. The mutable coat regions are also its dominant antigenic regions, also known as epitopes, against which the immune system produces antibodies and T lymphocytes.2 The original infecting strain induces a robust immune response, but new quasi-strains develop over the course of infection, and protection against the virus is transient at best. Similarly, the antigenic constituents incorporated in previously-tested candidate vaccines were drawn from a single HIV strain or at most a few strains. The candidate vaccines induced antibody responses and T cell responses mostly directed to the mutable coat protein regions, compromising their efficacy against structurally divergent virus strains in different individuals and in different parts of the world. Over the course of the humoral immune response, antibody complementarity determining regions (CDRs) undergo rapid mutations under the selective pressure of antigen binding. This process generally generates neutralizing antibodies capable of high affinity antigen binding. One of the few immune vulnerabilities of HIV is the maintenance of its exposed CD4 binding site (CD4BS) on the surface of the coat protein gp120 in mostly constant form. The CD4BS is essential for virus-host cell binding and infection. Despite minimal chemical variability of the CD4BS, the immune system fails to mount a sufficiently protective antibody response to the CD4BS. The reasons are complex. First, individual epitopes within the CD4BS are conformationally plastic, that is, the three-dimensional epitope structure can change during the process of infection. Initial CD4 binding at the CD4BS region located in the outer gp120 domain (CD4BSod) may induce a conformational change of the CD4BS core region composed of amino acids 421-433 (CD4BS core) that is essential for stable HIV-host cell binding. Consequently, the CD4BScore might exist in a conformation vulnerable to immune attack only transiently during the process of CD4BS-CD4 binding. Second, HIV utilizes an unusual evolutionary trick to preclude production of a protective antibody response by B lymphocytes. The CD4BScore expresses superantigen character.3,4 Superantigens bind speciﬁcally to innately-produced antibodies expressed on the surface of B lymphocytes, the B cell receptors. Unlike the stimulatory binding of traditional antigens to the B cell receptor, superantigen binding occurs at the antibody framework 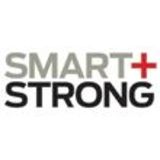