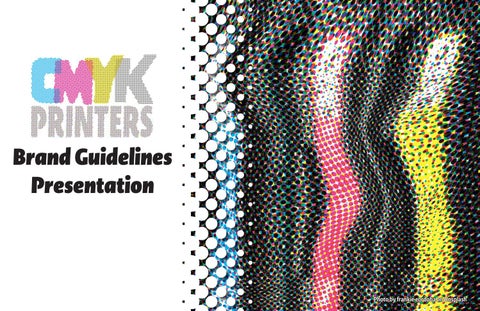 Photo by frankie cordoba on Unsplash

CMYK Printers was established in 2001 as “ Prints and Primer: Printer Solutions” by its founders, Carmen Macklemore and Yosef Kaal. The company originally offered general printer repair services while selling ink, printers, and parts at their brick and mortar locations. In 2009 the founders put their printer knowledge to use by designing a few printers of their own. By 2013 they were selling their custom printers with a focus on ease of use and reliability. Sales of their printers were marginal over the next few years but their printer repair services still allowed them to open another location and stay aﬂoat. Macklemore and Kaal realized they needed to go all in on their printers if they were ever to take off. In 2015 the company re-branded and received its current name: CMYK Printers. New printer models were made but with a new service. Each of the new models came with refillable cartridges. A customer merely needed to take the empty cartridge to one of the company’s stores and the cartridge could be refilled at a discounted cost. CMYK Printer has set its sight on an online ink refilling service and hopes to have it ready by 2021.

Established in 2001 under the name “Prints and Primer”yes

Started as a printer repair companyyesv

Photo by frankie cordoba on Unsplash

Kira is 23 and fresh out of college. She’s just starting her first job in her field. She is artsy, hardworking, and loves DIY projects. She hopes to invest in a home printer so she can be productive from home and create printer projects. She’s slightly intimidated by printers after her college experience but plans to save up for one so that she can print documents for work and crafts for herself. She just wants a printer that’s easy to use and that won’t break down when she needs it.

Free spirited Len is 26 years young and living it up following his passion for music . He has been testing out a vegetarian lifestyle because the only thing he loves more than meat, is the earth and it’s creatures. He vibes out to psychedelic on the weekend and is inspired by the visual styles of that time. Len feels a printer would be helpful for printing off sheet music and simple posters but worries about the effect that wasteful plastic ink cartridges could have on the environment

Photo by You X Ventures on Unsplash

Steve is 34 . He is expierenced with with printers thanks to his office job. He prints both on site and at home. He has mostly figured out home printing but is growing sick of unreliable printers. He is tired of wasting time and money on gwtting ink cartridges and replacing printers and wishes getting more ink was cheaper.

Imagery Adverts consist of experimental imagery made from halftones. The photos should radiate psychedelics, artiness, and unadulterated fun.

Give the logo space

Use the approved logo or variants

DO NOT change logo proportions

DO NOT remove logo parts

DO NOT use logos on the inccorect background