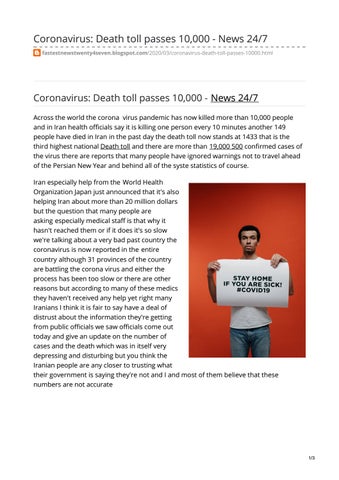 Coronavirus: Death toll passes 10,000 - News 24/7 Across the world the corona virus pandemic has now killed more than 10,000 people and in Iran health officials say it is killing one person every 10 minutes another 149 people have died in Iran in the past day the death toll now stands at 1433 that is the third highest national Death toll and there are more than 19,000 500 confirmed cases of the virus there are reports that many people have ignored warnings not to travel ahead of the Persian New Year and behind all of the syste statistics of course. Iran especially help from the World Health Organization Japan just announced that it's also helping Iran about more than 20 million dollars but the question that many people are asking especially medical staff is that why it hasn't reached them or if it does it's so slow we're talking about a very bad past country the coronavirus is now reported in the entire country although 31 provinces of the country are battling the corona virus and either the process has been too slow or there are other reasons but according to many of these medics they haven't received any help yet right many Iranians I think it is fair to say have a deal of distrust about the information they're getting from public officials we saw officials come out today and give an update on the number of cases and the death which was in itself very depressing and disturbing but you think the Iranian people are any closer to trusting what their government is saying they're not and I and most of them believe that these numbers are not accurate 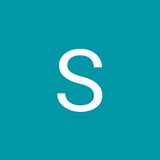 Across the world the corona virus pandemic has now killed more than 10,000 people and in Iran health officials say it is killing one person...

Across the world the corona virus pandemic has now killed more than 10,000 people and in Iran health officials say it is killing one person...