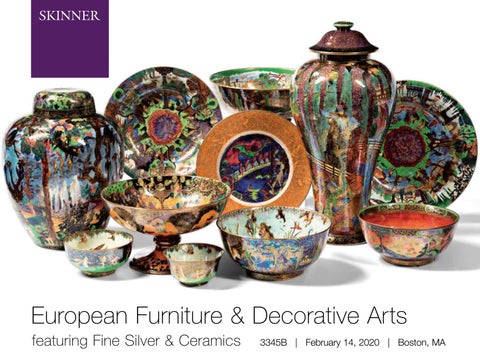 European Furniture & Decorative Arts Offering more than 400 lots, our first sale of 2020 encompasses fine silver, ceramics, including a collection of Meissen porcelain, and furniture and decorative arts. Styles range from traditional Georgian silver and fine ormolu-mounted French furniture to bronze sculpture and Wedgwood Fairyland lustre. Explore the sale, visit the preview, and bring home something you love this February 14th.

Meissen Developed in China around 2,000 years ago, porcelain was not produced in Europe until the early 18th century when Johann Friedrich BĂśttger discovered the â&#x20AC;&#x153;magic formulaâ&#x20AC;? and established the Meissen factory. They went on to produce some of the finest wares and sculptures ever seen in the West, and remain one of the most sought-after names in European ceramics today. The idea for making small figures in porcelain came from the sugar ornaments seen on fashionable dining tables all over Europe at the beginning of the 18th century. The arrival of porcelain made these figures more permanent, and more valuable. Modeled after earlier examples, the current collection of almost fifty lots showcases figurines and tableware predominantly from the 19th century in the elaborate Rococo revival fashion.

both pages: Selections from an Extensive Collection of Meissen Porcelain 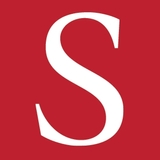