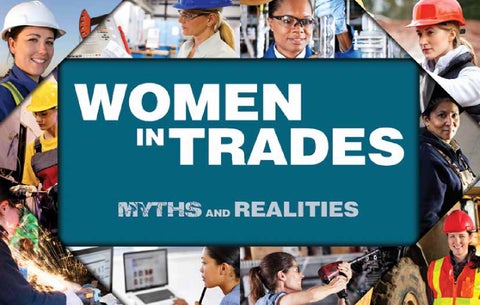 Job Security and Pay The need for skilled trades never decreases, so job security and stability are not the concerns that they are in many other career fields. The trades are booming, so it is relatively easy to get a job. Skilled trades workers are highly employable and in demand! Jobs in the skilled trades or technical fields offer wages averaging between $14 and $54+ an hour, and often include medical and retirement benefits. Canadian tradespeople who manufacture transportation equipment enjoyed average weekly earnings of $929.95 in the year 2000, well above the all-industry average of $626.45. Construction trades workers pocketed almost $100 a week more than the average worker.

Great Work Environment In order to attract qualified workers, many companies are upping the ante when it comes to creating a welcoming and attractive work environment. For example, accommodations at oil patches are more like high-end lodges than camps. “It’s all to keep workers here and keep them on this site, because they’re so sought after,” says one petroleum industry employer. Joycenne Vanderbyl, a Red Seal millwright who has worked in construction for 38 years, notes that “there is a perception, based on old stereotypes, that men on the site will be less than welcoming.” But this is not the reality, she says. In those days, women were such a rarity on the job site that there were not even washrooms designated for their use. “Today women are welcome on the site and our contributions are valued.”

Superior Training Training towards a fulfilling skilled trade or technology career can begin as early as age 16 with 16 high school credits, ensuring a smooth and confident transition into the world of work. Several programs support young women in high school as they begin such training, including OYAP and Ontario’s Specialist High Skills Major option.

The skilled trades offer a unique opportunity to “earn while you learn” through apprenticeship. Apprenticetrades.ca explains that “ Apprenticeship training is a form of post-secondary education that combines on-the-job and in-school training. Upon completion of an apprenticeship, women can take an examination. Once they pass the examination and satisfy the criteria set out by their Province/Territory, they will earn a Certificate of Qualification/Journeyperson Certificate from their Province or Territory in Canada. She will already be employed and work with an employer who agrees to ‘sponsor’ and train her as an apprentice for a specific skilled trade.” Through the Loans for Tools program, the government will also provide new apprentices with loans towards the purchase of the tools of the trade needed for use on the job. Technology is an important aspect of the skilled trades and it is ever changing. Employers need their workforce to be highly qualified, so training is provided as needed, usually at no cost to the employee. In addition, wages typically commensurate with knowledge and experience, making the skilled worker more valuable as she takes advantage of training opportunities. First-aid, CPR and WHMIS instruction are important components of skilled trades training and provide tradespeople with an additional essential skill set. There is always something new and changing; learning and growing, both personally and professionally, is ongoing. As Stacy DuBois, IT Office Software Specialist and Skills Ontario alumna advises, “Take advantage of each and every opportunity presented to you. People will recognize and reward your efforts.” Women in Trades, Myths and Realities

Rewarding Work Women working in the trades typically report that they feel their work builds self-confidence, is gratifying, that it’s “fun to be at work” and great to “not be tied to a desk.” As Mike Holmes says, “Think outside the cubicle!” These jobs challenge one’s intellect and creativity on a daily basis. Physical fitness is part of most jobs in the field, so there may be no need for a gym membership and not as much worry about health problems associated with being out of shape. There is great satisfaction in contributing to the infrastructure of one’s community and knowing that the work will stand for many years, even generations, to come.

Travel According to careersintrades.com, there are currently 50 trades that are certified Red Seal trades. This means that there is an agreed national occupational analysis and crosscountry standards, specific to each of those trades that allow people with Red Seal certifications to work anywhere in the country. More than 80 percent of skilled trade workers are employed in Red Seal trades. Skilled trades workers are in short supply around the world, so the prospect of travel outside of Canada also presents itself.

Support There are numerous scholarships specifically designated for women in the skilled trades. There are several government sponsored programs that allow women to pursue pre-apprenticeship programs at no cost, such as Women in Skilled Trades (WIST). For example, the â&#x20AC;&#x153;Enhanced General Carpentry Programâ&#x20AC;? offers women the opportunity to train for a rewarding career in the Construction industry. It features 28 weeks of in-class instruction, a paid work placement component, and Government of Ontario funding for tuition, books and tools for eligible students.

Opportunity There is a realistic opportunity to advance oneâ&#x20AC;&#x2122;s career in the skilled trades, from apprentice to journeyperson, supervisor, union leader, manager, educator or business owner. It is not uncommon for the skilled trades to be self-run businesses where people set their own hours and their own hourly rates. Such flexibility and independence provides the opportunity to sustain home-life balance and address childcare issues.

Jobs in Skilled Trades are not NOT creative

It is impossible to function within the trades – to “Build, Design, Fix or Create” – without pride of craftsmanship, expert knowledge and creative talent. One of the most compelling aspects of the skilled trades is the pleasure in seeing the results of your work. The practitioner’s level of artistry and years of experience in many of the disciplines is acknowledged through the designation of Master, something that tends not to be the case in so many other jobs (i.e. there are no “master” retail clerks!). Descriptive words associated with the creativity of the work are part of several titles within the skilled trades and technologies. (i.e. landscape designer, graphic designer, cake decorator).

Without the women and men who work in the skilled trades and technologies, the homes, schools, businesses, hospitals, roads and technologies that support our society itself would literally disintegrate. The Red Seal program verifies the importance of the skilled trades. The Canadian Council of Directors of Apprenticeship (CCDA) is responsible for this interprovincial standards program. The Red Seal program allows skilled workers to pursue opportunities in other parts of Canada and ensures that a level of expertise has been established in 50 trades. The recent creation of the Ontario College of Trades will bolster the skilled trades and reinforce standards across the board that will benefit everyone who works in these fields. â&#x20AC;&#x153;Establishing the College puts skilled trades on a similar footing with teachers, doctors and nurses, who have their own professional regulatory colleges.â&#x20AC;?*

*from their website - http://www.edu.gov.on.ca/eng/tcu/collegeoftrades/ Women in Trades, Myths and Realities

In the 21st century, there is no place for sexism, particularly on the job site. Industry realizes the need to look at a more diverse pool of employees. Careersintrades.com points out that while there is certainly a physical component to most trades, “there is a diversity of skills required to be a tradesperson. Trades require intelligent individuals with good literacy, mathematical and analytical skills, as well as creativity.” Annette Nisbett, Ironworker Journeyperson and dedicated mentor at Skills Ontario networking dinners and Young Women’s Conferences puts it this way: “They are not masculine skills, they are just skills.” The reality is that skilled trades require individuals with a strong academic foundation in reading and writing, math, and sciences. Physical work does not solely imply strength. In fact, skilled trades require dexterity, stamina, good hand-eye coordination and balance – all attributes that women possess equally along with men.

There’s a reason they’re called Skilled Trades! In order to work in the skilled trades and technologies, you need to have a solid grounding in many “school-based” skills such as math, analytical abilities, and literacy. There are exacting standards in the skilled trades and it takes many years to attain one’s certifications. “Tradespeople must be smart and adaptable. It takes as long or longer to acquire a trade as it does to acquire an honours undergraduate degree at university. Additionally, apprentices get paid while acquiring their knowledge and work experience.”* Tradeability.ca points out that: “The skilled trades, while they still involve ‘work’, physical work, are at the same time getting highly technical, and the math and science competencies needed are high. The minimum education requirement is generally Grade 12. More and more employers are looking for young people who bring passion, dedication and intelligence to the workplace”.

Many women working in the skilled trades enjoy sharing their stories and inspiring young up-and-comers to consider these careers. Search them out! Mentors do not need to come directly from the skilled trades â&#x20AC;&#x201C; women excelling in leadership, creativity and excellence in workmanship are in every field and these skills translate to those working in skilled trades and technologies. Mentors also do not need to be women â&#x20AC;&#x201C; more and more men are willing to act as mentors to skilled trades people of both sexes. The skilled trades have many associations, unions and support groups. Some groups, exclusively for women, include Women in Nuclear, Canadian Association of Women in Construction and Women In Mining. Such groups offer education and camaraderie and help to promote positive work experiences for all. If you want a Mentor, be a Mentor.

This booklet was created by Skills Ontario in partnership with 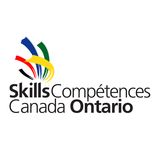