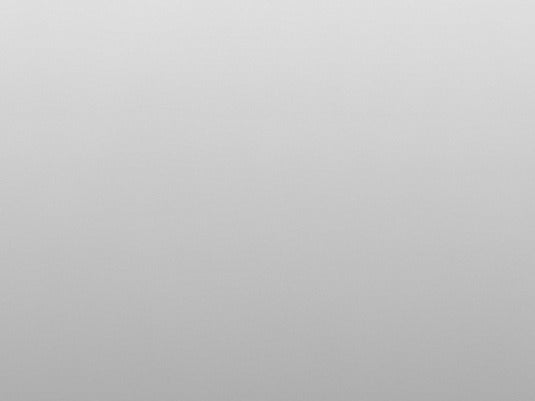 JÁN FIGEL’ became the Special Envoy for the Promotion of Freedom of Religion or Belief outside the European Union in 2016. He is the former leader of the Slovak Christian Democratic Movement (KDH) and served as Slovakia’s first EU commissioner (2004-2009), working on Education, Training, Culture and Multilingualism and subsequently Education, Training, Culture and Youth (2007-2009).

ØYVIND HÅBREKKE has long political experience. Amongst others, he served as a political advisor and deputy minister for minister Einar Steensnæs in the Ministry of Petroleum and Energy from 2001–2004 and as deputy minister for minister Knut Arild Hareide in the Ministry of the Environment 2004–2005. He was elected to the Norwegian parliament between 2009–2013 and served in the standing committee on family and cultural affairs. In Skaperkraft, Håbrekke serves as the research director.

HERMUND HAALAND is the Founder and International Director of the Think Tank Skaperkraft. He holds a Masters in Economics from the Norwegian School of Economics and Business Administration, a Bachelor in Middle East History from the University of Bergen, is a serial-entrepreneur and a former politician with the Christian Democratic Party in Norway. He is the author of several books, including “Startup Europe - The Entrepreneurs Transforming Europe” (2016) and “Startup Israel - Argument breeds innovation” (2017).

SUSAN KERR (ed.) has a long experience of European public affairs. She has held various roles, including heading the Europe office of human rights organisation CSW and working within the European Parliament in Brussels. Currently a Senior Research Fellow at the Religious Freedom and Business Foundation, Susan has also served on the Board of Coordinators of the European Platform against Religious Intolerance and Discrimination (EPRID), which promotes freedom of religion or belief worldwide. Susan holds a PhD on oil multinationals’ corporate social responsibility (CSR) in Colombia and Venezuela from the University of Bradford’s peace studies department, an MBA from the University of Durham, an MA in International Politics from the Free University of Brussels (ULB) and an MA in Modern Languages and EU Studies from the University of Edinburgh.

LUKE BRETHERTON is a professor of theological ethics and senior fellow of the Kenan Institute for Ethics at Duke University. Before joining the Duke faculty, he was reader in Theology & Politics and convener of the Faith & Public Policy Forum at King’s College London. He has worked with a variety of faith-based NGOs, mission agencies, and churches around the world, particularly in Central and Eastern Europe. His works include Hospitality as Holiness: Christian Witness Amid Moral Diversity (Ashgate, 2006), Christianity & Contemporary Politics: The Conditions and Possibilities of Faithful Witness (Wiley-Blackwell, 2010), Resurrecting Democracy: Faith, Citizenship and the Politics of a Common Life (Cambridge University Press, 2015), and Christ and the Common Life: Political Theology and the Case for Democracy (Eerdmans, 2019). He also writes in the media (including The Guardian, The Times and The Washington Post) on topics related to religion and politics.

CHRISTEL LAMÈRE NGNAMBI is a political consultant who served for 12 years as the Brussels Representative of the European Evangelical Alliance (EEA), a pan-European movement representing more than 50 national and international evangelical Protestant organisations in Europe, and 20 million citizens in the European Union. A Belgian of Cameroonian origin, he studied political science and international relations (Saint-Louis University, Brussels and the Catholic University of Louvain (UCL)).

ULRICH SCHMIEDEL is a lecturer in Theology, Politics and Ethics at the School of Divinity of the University of Edinburgh, specialising in political and public theology. He also serves as Deputy Director of the Centre for Theology and Public Issues. He is the author of Elasticized Ecclesiology: The Concept of Community after Ernst Troeltsch. His publications also include the co-edited compilations Dynamics of Difference: Christianity and Alterity, Religious Experience Revisited: Expressing the Inexpressible?, and Religion in the European Refugee Crisis.

XAVIER ALONSO C ALDERÓN is a senior EU Policy Officer at the Government of Catalunya (Spain), currently based in Brussels, working on migration, international protection, justice and security. His doctorate from the Comillas Pontifical University focuses on international migration and development cooperation. He also has experience within civil society working for foundations, NGOs and church groups. Currently, he is also a member of Cristianisme i Justícia and a board member of Migra Studium Foundation (Barcelona).

ONDREJ KOLAROVSKY is a theologian, teacher, pastor and the head of EVS (Slovak Evangelism Centre) think tank IDEA-LIST.sk (www.idea-list.sk.), which he founded in October 2018. IDEA-LIST aims to stir up thinking amongst Christians and non-Christians by looking at contemporary issues from a Christian worldview. His areas of interest are worldviews in contemporary culture, apologetics, missiology, cultural revelation of the Gospel, marriage and relationship issues and education. Before working for the EVS, he worked as a pastor of the Košice Terasa Lutheran Congregation (2003-2018), as a teacher and chaplain at the J. A. Komenský Bilingval Lutheran High School (1996-2003), at The Lutheran Charity and for the bishop’s office. He holds degrees from the Lutheran Theological Faculty of The Comenius University in Bratislava (1994) and the University of Prešov (2000).

NICK SPENCER is a Senior Fellow at Theos, Visiting Research Fellow at the Faiths and Civil Society Unit, Goldsmiths, University of London and a Fellow of the International Society for Science and Religion. He is the author of a number of books and reports, including The Political Samaritan: how power hijacked a parable (Bloomsbury, 2017), The Evolution of the West (SPCK, 2016) and Atheists: The Origin of the Species (Bloomsbury, 2014). He is also editor of The Mighty and the Almighty: how political leaders do God (Biteback, 2016) and, with Jonathan Chaplin, God and Government (SPCK, 2008). He is currently working on science and religion, and is the presenter of the BBC Radio 4 series, The Secret History of Science and Religion.