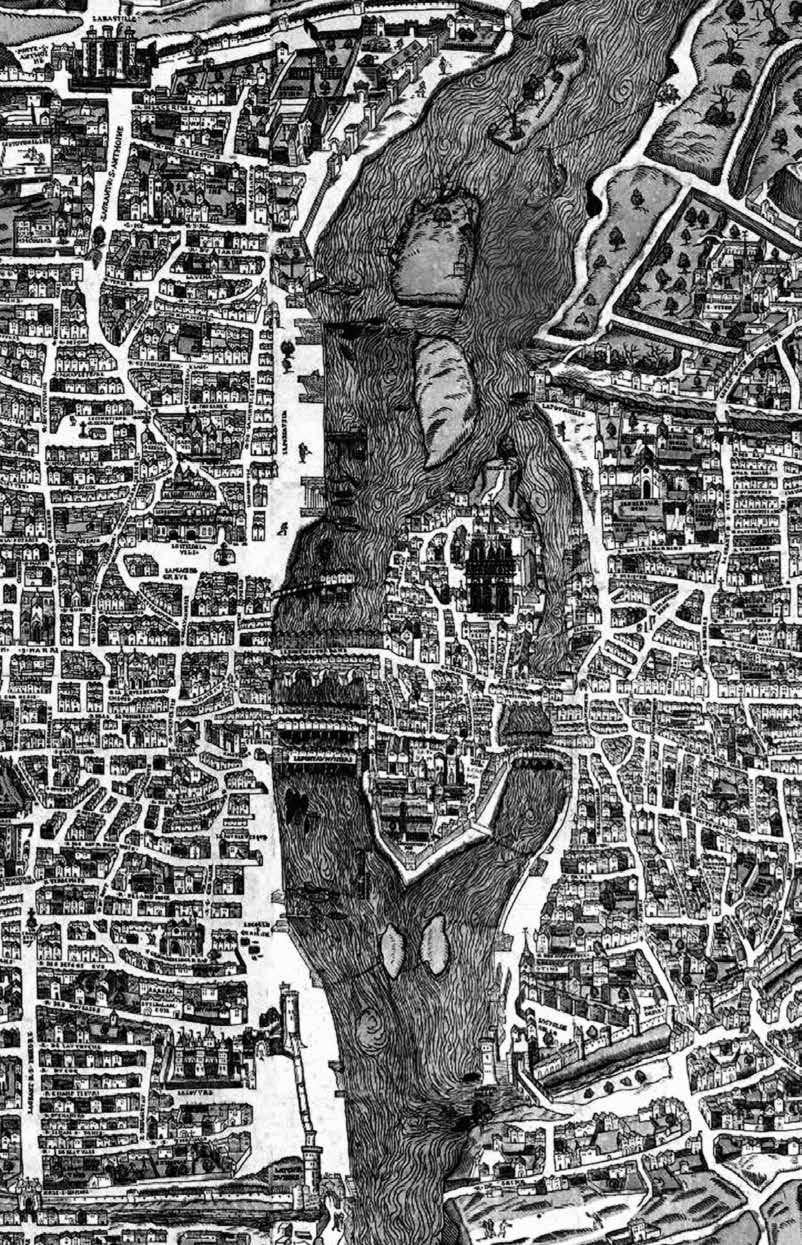 He who allows oppression, shares the crime.

There is no perfect human and so there cannot be a perfect political system, because humans with our egos and all of our imperfections form part of every political process. Nevertheless, as human creatures, Bretherton notes that we are political animals; to deny this side of us would, thus, be to not fully live, or not fully live in the society we may want. If we stay quiet, others’ interests may dominate. The growth of anti-democratic populisms in several European countries has in part arisen from a disengagement in politics and offers a wake-up call that democracy works best when we are all engaged in it, working towards the common good. How can we nurture life-affirming politics and a positive development for our planet, or in Christian terms, further God’s kingdom on earth?

Although many churches and church organisations have remained silent vis-à-vis extreme populism, others have made significant contributions to the discussion. At times, the responses have been isolated incidents, such as in 2017, when the lights of the gothic cathedral in Cologne, Germany were switched off, leaving it in the dark as a symbol of protest against a PEGIDA march. In other cases, Christians have formed broad alliances to speak out. In September 2018, an ecumenical conference in Rome, where both the World Council of Churches and the Roman Catholic Church participated, made a statement about migrants to remind Christians everywhere of their Christian duties on how to meet a foreigner. There are many other such examples of responses to antidemocratic populism; this book is one such example.

In offering concluding reflections, there can be a temptation to generalise, but this topic is too complex. Christianity neither offers detailed political directions nor clear ideological maps to follow. Christianity also has many faces: Biblical teachings, theological works, the faith, the practice, cultural phenomena and so on. This explains why politicians, voters, authors and intellectuals from across the political spectrum will and do claim to be inspired by this heritage. It also shows why whilst some may have intense knee-jerk reactions against the image of Christianity portrayed by populist movements, others will relate affectively to populist messages on the loss of certain aspects of Christian culture.

However, although Christianity does not offer political roadmaps, in this book we do find some useful ideas, which are not only guidelines that can engender healthy communities when put into practice, but which encapsulate core principles of Christian ethics and Christian humanism. These ideas have already borne fruit as they were at the centre of the rise of liberal democracy in Europe and an impetus behind the furthering of international human rights in the 20th century. Hence, they represent a cornerstone of the Christian heritage that many above-mentioned populist movements claim to protect. We would argue that it is within the framework of these principles, the common good, human dignity, the responsibility for one’s neighbour and for the natural environment, that political discussions must be held and by which all political ideas must be transversally critiqued.

Looking at Europe, and specifically at relations between the state and the individual, including the expectations of both parties, we have to answer the question of whose interests politics actually serve. As Bretherton argues, politics that serves the interests of the few, or even the interests of the many, is inadequate and cannot live up to the standard of understanding politics as a way of loving your neighbour. Or to quote Moltmann: “Instead of viewing ourselves as rivals, “we” and “the other” become love the enemy, because “he is like you”—he or she is human.” Taking this a step further, as Figel’ emphasises, being human is not worthless, as each human has dignity. Thus, solutions which fail to take this approach, do not meet the ethical requirements that will bring about the human flourishing of each that is needed for the common good to be realised.

If we agree with Bretherton that the main purpose of politics is to enrich our common life, what does this mean in practice in contemporary Europe? This does not mean that through politics, government should intervene in every area of our private lives—as this would strangle our freedom and strip our agency—but rather that politics should be informed by and responsive to our common concerns. In this context, defining the common interest and our common concerns, above and beyond special interests, is crucial. No European society is or has ever been completely homogeneous—as Figel’ notes, each person is unique (different from all others within the same society). In increasingly multicultural societies, not only with greater levels of immigration, but also with a growing emphasis on individuality and freedom of choice, our differences can be more immediately visible. In this vein, we would argue that inclusiveness and diversity of opinion in the public sphere are prerequisites for healthy public discourse that can enrich decision-making and avoid the tragic mistakes of groupthink.

Governments do, according to the logic of the democratic institutions of each state, have a specific responsibility towards their own citizens. And any responsible government has to consider who should be allowed to live within its borders. Christians undoubtedly hold a variety of differing views on immigration policy, with some opting for more liberal and some for more restrictive approaches, and there will be valid reasons for different approaches to the challenges of regulating immigration. Reducing issues of diversity to only see a security dimension, or a threat to social harmony or order, does however fall short of the measuring stick of the above-mentioned principles. When dominated by this lens, politics does not act for the common good, but will defend some against others, curtailing important fundamental freedoms and dividing society by pitting some as more equal than others.

Christians may disagree about national sovereignty and the role of international institutions. Moltmann makes a compelling case for international cooperation on major global challenges that we face as a human family. These take many forms related to such diverse and complex issues as our natural environment, poverty, disease, conflict and injustice, and we must look for just—not just convenient or politically expedient—solutions. Following his line of reasoning, international normative pressure works when states agree to some accountability by their peers at a supranational level; in other words, it is incompatible with extreme populist nationalism. Ngnambi rather argues for grassroots democracy and for the state to do more to protect democracy and their citizens against neoliberalism’s negative side effects. Both views note that our current institutions are not up to the job, but their differing views also indicate that the jury is out as to whether countries should strengthen the state or build new global institutions. In reality, these are not necessarily mutually exclusive lines of reasoning, but they do offer distinct angles from which to reflect upon which political structures can best serve our common duty to seek humanity’s common interests.

This book does not provide all of the answers to today or tomorrow’s challenges; nor does it pretend to do so. We rather hope to stimulate responses. For decision-makers, wherever you sit on the political spectrum, we hope that this book has raised awareness of the importance of being willing to address religion in the public sphere instead of avoiding its mention. Indeed, we ask why should populist movements carry the ownership of the narratives related to Europe’s Christian heritage to the younger generations of Europe—relatively unchallenged?

For church leaders, we hope that this book will encourage a greater sensitivity to and understanding of the ways in which Christianity is being used by radical populists and that this will be shared and discussed with and within the parishes served. It is not any church leader’s mission to tell their congregations who to vote for or who not to vote for. But educating churchgoing Europeans about the basic principles of Christian social teaching to prepare and equip churchgoers as citizens to carry their responsibilities when it comes to the development of the future of Europe is something we believe more church leaders can actively engage in.

In the face of radical populism, Christian voices have had diverse responses. It is over-simplistic to demonise populists and to assume that their voters are always racist, bigoted or uneducated. Voters may be all of these things, but they may also be responding to real social concerns. The complexity of communicating adequate responses is well formulated by Schmiedel in chapter four:

This is not to say that, reading the signs of our times and understanding the mistakes of modern European history, we should remain impotent spectators. Sometimes it may be necessary, and morally right to challenge political leaders on their rhetoric. Indeed, when political leaders gradually implement policies that curtail human flourishing and introduce new language or even blatant hate speech that legitimises fascism or racism in the public sphere, the Christian duty is to speak out against these actions. However, it would certainly be a mistake to think that sticking up one’s nose or stating one’s disgust to like-minded friends is a fait accompli.

It has become even more of an art to speak confidently in the public sphere and to avoid the adverse effects of the mechanisms of polarisation. It is also true that scepticism has risen vis-à-vis expert opinion in the political sphere and that this makes analysis and subsequent communication even more complex. However, as Augustine of Hippo (354–430) said in the City of God, “But it must not be supposed that folly is as powerful as truth, just because it can, if it likes, shout louder and longer than truth.” Over centuries, Christian thought and action have played a significant role in changing culture and enriching society: this has not ended with the advent of fake news and scepticism.

The European political landscape is changing. Christianity, too, is changing. Each will continue to dialectically impact the other in the years ahead. How they will do so, of course, is a question that falls on the shoulders of many actors from the general public to academics, to governments, to policy-makers, to churches and to their leaders.

266 World Council of Churches, Message from the conference, Xenophobia, Racism and Populist Nationalism in the Context of Global Migration, 2018. https://www. oikoumene.org/en/resources/documents/message-from-the-conference-xenophobia-racism-and-populist-nationalism-in-the-context-of-global-migration-19-september-2018/