"I Don't Like It" (a flash fiction in dialogue form) by Geoffrey Allison || SIXSTRINGcpa Original Copyright 2018. All Rights Reserved.

“Soldier, you got the look of someone just coming to the realization their momma isn’t a virgin. What’s souring you?” “Hate being treated like I was some goddam robot.” “Hell, we’re all robots. Every single one of us. And all treated the same. So, rub some dirt on it.” “Hmph. "I hate the shit they’re always feeding us, too.” “You're in the wrong place then. Independent thought and choice? Lofty ideals and notions like that going to get you reprogrammed. Or worse, sent packing for good.” “Court-martialed? Banishment wouldn’t be so bad.” “I’d say that depends.” “On what?” “On you having the capacity for thought of any kind capable of sprouting under that helmet of yours and take ‘hold ‘tween those things you call ears.”

“You think so, yeah?” “Damn straight I do. Best you get your head twisted on straight, soldier. And do what you’re told. No. Questions. Asked. Hooah!” “Whatever. “Who are they?” “Them? Recently come over from another division.” “Mercs?” “Did I say they was fucking Mercs? They’re soldiers, different division is all. Someone in the Inner Circle had the bright idea to combine forces. Intimidate the enemy, show of force. MA-G-N-I-T-U-D-E. Magnitude. Or amplitude, or some such shit. I only know what they tell me. And I don’t question my orders. Especially not ones coming from high above.” “How high?” “Let me put it to you this way, soldier. You and I can’t even see the bungholes of these folks, who spend their days developing creative ways to shit on and use us to do their bidding. That’s how high up.” “I don’t want my ass in the crosshairs jus’cuz of some of ‘em don’t know what the hell they’re doing. These noobies experienced?” “They’re experienced. Came over from the DNC.” “The DMZ?”

“No, shit-for-brains. I said The D.N.C.” “Oh?” “Yeah, oh. Now you’re tracking. See what I mean? Experienced, like I told you.” “Maybe too rough. Look at ‘em. Asses dragging.” “I see them. That war was waged with insanity. So many sides and facets. It turned sideways—a fucking Fun House mirror that turned out to be. Hell! half the time soldiers from both sides shot at their own. It was a frenzy. It happens. Automata, all systems go…mutually assured destruction. You’d look like piss in a shit-bucket if you’d’ve seen the action they did.” “Hell! that was two years ago.” “You think that makes any kind of difference, soldier? Two years ago. Or ten years. What’s time mean to us? We’re forever. Legion. Hooah!” “Hooah! “Whatta they been up to since?” “Doing what we do… what we’re trained to do.” “Damn pathetic life we got.” “Roger that, soldier. "Stay frosty now.” “New orders coming in?”

“The King’s at the keyboard. We’re being called up. Time to hype this shit.” “Not again?” “Button that lip and hold onto your dick. This is what we’re about, soldier.” “I don’t have to like it.” “No, you don’t. Honestly, nothing much to like about serving in a Bot Like Army. But we’re heading in just the same. So…Get in. And get out. Amplify that shit. Do your duty, soldier.” “Hooah!” “Hooah!” 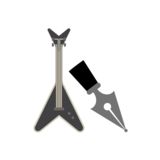 I Don't Like It (flash fiction in dialogue form)

I Don't Like It (flash fiction in dialogue form)