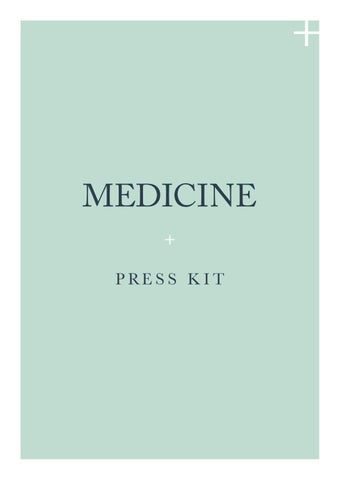 PRESS RELEASE LAUNCH OF NEW ARTISAN BAKERY, CAFÉ AND GALLERY FOR BIRMINGHAM AND WOLVERHAMPTON For immediate release: 7 November 2017 Medicine, a new style of artisan bakery, café and gallery, will open on Birmingham’s prestigious New Street on 12 November 2017. Rooted firmly within its Midlands heritage, with its owners having previously owned the city’s famous Medicine Bar in Digbeth, before developing a successful artisan bakery and café in the suburbs of Wolverhampton, this new venture will be a jewel in the region’s independent offering. To coincide with the new opening in Birmingham, the sister venue in Codsall, Wolverhampton, formerly known as Village Café, will also be rebranding as Medicine. Offering a unique mix of hand crafted artisan breads, cakes and pastries along with a unique brunch and daytime menu in Codsall, and complemented by a series of talks, events and exhibitions in Birmingham, Medicine promises to create a unique alchemy of food and art. The evolution of Medicine can be traced back to its first incarnation on the nighttime scene of Digbeth. The Medicine Bar was pivotal in curating a diverse programme of artistic, guerilla and sonic events featuring a vibrant mix of musical genres. Along with hosting other successful music and artistic projects, events and venues in the West Midlands and around the UK during the 1980s and 90s, founder Simon Jones developed a progressive and passionate approach to creating new experiences and bringing communities together. It is this passion that will be at the heart of the new Medicine. With the closure of the Medicine Bar in 2011, Simon and his wife Francesca discovered a new trade as bakers, turning to a more rural environment to open their first bakery, deli and café in the village of Codsall in Wolverhampton. It is here they have honed their skill in creating authentic and unusual artisan bread and cakes, sourcing local, ethical ingredients and drawing on a mix of influences from France and New York. The Codsall home of Medicine now features a core team of artisan bakers and thrives on a close-knit community spirit. In 2017, the search to once again create unique and meaningful experiences for the region’s diverse communities was reignited with the discovery of a vacant 2,200 sq ft first floor Victorian space on Birmingham’s prominent New Street, previously home to the Royal Society of Birmingham Artists. This space represented an opportunity to restore a beautiful building to its former glory, yet with a new purpose. Simon Jones said, “We are always looking forward, whether that be with the products we craft and bake, or the programme of events we are presenting. Just like a recipe, we are excited by the fusion and alchemy of different elements, to make something truly unique. Reintroducing art and culture back into the product mix, the new Birmingham home of Medicine will continue the brand’s unique culinary offering whilst programming regular events, talks and exhibitions to bring people together and create a conversation for the city.” Medicine in Codsall, Wolverhampton will relaunch with a new brunch and daytime menu including speciality sourdough pizzas, and opening times extended to 7 days a week later in November. Birmingham’s Medicine will open on 12 November 2017 with sales of artisan bread and cakes available until sellout, alongside coffee by Shropshire-based speciality coffee roaster Iron and Fire. A programme of events will be revealed including regular yoga classes and workshops by The Yoga Lab, and a Christmas vintage market.

ENDS For further information or images, or to arrange an interview contact Lindsay Wiggin on info@sisterminor.co.uk

A VISUAL TIMELINE OF MEDICINE

The Medicine Bar was pivotal in curating a diverse programme of events featuring a vibrant mix of musical genres. Notable events included the late John Peel delivering his Peel sessions from the Medicine Bar in 2001, and an exclusive set by Amy Winehouse in 2007 as part of a Princes Trust mentoring day. The new Medicine will carry on this tradition of producing an inspirational and memorable programme of events for the local community.

The Codsall home of Medicine

The Codsall home of Medicine is the production house where the team of artisan bakers are devoted to pioneering new recipes and crafting hand made goods from locally sourced produce. Medicine is proud to say it uses only organic salt and organic stone ground flour to produce their signature sourdough bread using the natural fermentation process (that means that there are no additives or preservatives in their sourdough, itâ&#x20AC;&#x2122;s 100% natural).

DISCOVERY OF A FORGOTTEN SPACE

A new home in Birmingham

The discovery of a vacant 2,200 sq ft first floor Victorian space on Birminghamâ&#x20AC;&#x2122;s prominent New Street, previously home to the Royal Society of Birmingham Artists, represented an opportunity to restore a beautiful building to its former glory, yet with a new purpose. Medicine has a constant curiosity to uncover new niches and to explore and celebrate the innovative and alternative.

For further information or images, or to arrange an interview contact Lindsay Wiggin on info@sisterminor.co.uk 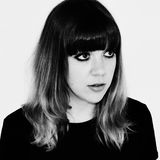