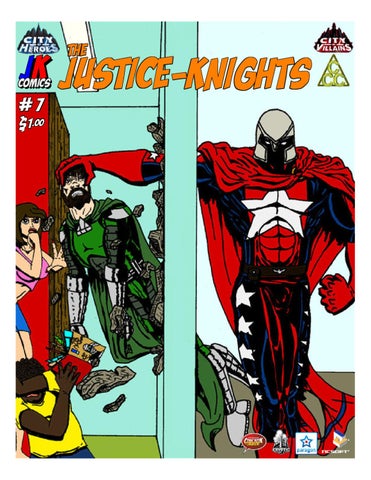 Five seconds ago, the man who saved my life...

Across the street from Sin Stalker's loft december 26th, 2006 day after christmas

He can't be dead.

aarg! I am really starting to dislike electricity as much as magic.

My shields had barely any effect.

unless... unless his shields, his invulnerability are failing all of a sudden like mine are.

I think I have a shot. Now we got ourselves a match!

sIR. i HAVE AN UPDATE, UNLESS... UNLESS YOU'RE BUSY, SIR?

Looking at the remains of what used to be my office, after these heroes decided to bust in with their-their convictions and superiority complexes... gNats... all of them.

Really? well let's here what the General has to share. hopefully it's more useful than his men using high explosives

well... I-i-i, uh... >gulp< sir, a-apparently Obedience does appear to have regained most of his powers. We know this because it appears obedience has taken full control over not just manticore, but synapse and statesman.

the general is observing a fight between them and the other hero... na-gnats. The other gnats. Sir.

No, sir. Finally it does appear as though Sin Stalker has been killed, sir.

heh... Maybe there really is a god.

No, both Statesman's powers and mine are acting strange together.

Becoming weaker one moment and stronger the next.

Well, we have another problem. Synaspe got the disruptor from me.

how could you let him take it!

I didn't let... If you haven't noticed, he's extremely fast.

get it back now! What do you think I'm--

Editor - The Psychic Disruptor **taken from cycorp that will stop a psychic when placed on their head.

OHGAWD. WHAT HAVE i... OBEY

Biosphere ? Statesman ? Fight it! It doesn't seem strong enough to control all four of you !

I won't let you hurt anyone else!

The Justice-Knight's base ship. Earth's Orbit above paragon City.

...Jack frost nipping at your nose--

--We interupt the regular schedualed programming for a special emergancy report.

A super-powered brawl involving Members of the freedom phalanx has been playing out in steel canyon.

The ones fighting the freedom phalanx appear to be Sin stalker and biosphere.

we ask that everyone please stay in your homes and avoid this area of the city if possible.

Both former heroes exposed by manticore earlier today as criminals.

thank you and happy holidays...

--and though its been said, many times, many ways...

stay tuned as we will be bringing you updates as soon as more develops.

I don't think so.

manticore. You have to fight it.

So then you are familiar with rikti technology?

Before my powers, I was known as one of the worlds leading experts.

No, my funding had been cut off and besides, my attention is now more on my own biology.

Well, a few of the Knights would really love to see whatever data you've compiled.

Anything you could give us would help us greatly with the ship.

You didn't stay up to date ?

Sure. I have to say this place is amazing. where did you find it ?

An old group member, an aquatic hero who tends to stay out to sea. He found this crashed rikti ship left over from the first invasion. Most of the ship was flooded or collasped in on itself. We've spent about a year rebuilding what we have, bringing in new equipment and repairing the structure. A few months ago we were able to get it into orbit.

Impressive, just amazing. Unfortunately Rikti tech and earth tech don't seem to mix very well. At least not for us. Really ? I could take a look and find--

You're awake already. How do you feel ?

I was able to get the emergancy teleporter up and went down and brought you back.

What is he still doing here, then ? me??

Yes. What the hell is wrong with you ? Answer the question. Dr. Frostbrug heard about the fight over the airwaves and rescued us.

Oh, stalkling, It wasn't me. That obedience thing got inside my head. he--

After what sin went through to get it, you handed it to them!

No! Why the hell did you let them take the disruptor?

I'm sorry Stalkling. I really am.

You need to go.

No, Stalkling. We need him. We're all in the same boat and if we face statesman we'll need him. His strength and invulnerability are--

Stalkling, hold on a moment.

What's the matter with you ?

You really Have to ask me that? think it's a bit obvious.

He died. that's What happened.

I've been too afraid to ask Biosphere what happened to him.

You want to know what happened ?

Statesman flew into him. took him two seconds to do it too. a hero like Sin stalker taken out in two seconds...

Where are you going ?

You really think any of us can stand against statesman, let alone synapse and manticore all at the same time ?!

To get help. I already called in all Justice-Knights. Everyone will be here as soon as they can.

So leave me alone!

Save it, old man. I'm going for real

Not alone, but together we--

Is it true ? About Sin Stalker ?

I was hoping you wouldn't ask me.

Is it true, Biosphere ?

Maybe I should go.

Please. We really do need your help.

None of us have your level of invulnerability and super strength. We'll need that, especially if we face statesman.

our leader. Without Sin, It's Dark Synaspe, Lady Inferus and My own call.

Please Biosphere. We need you.

But what about our policies?

...it's enough. We need to abort. Cyril's bringing in too many outside contracts and it's all getting too much press. There's just too much heat.

Waved for Cyril. Do your job. We won't tell you again.

You have your assignment. Finish it.

This is Jason Smith for paragon news network, near the Blyde Square Neighborhood.

Only a few hours ago, a super powered brawl tore through this area.

We have now confirmed through eyewitness accounts that the super individuals were Sin Stalker and Biosphere.

The same heroes exposed earlier as being criminals funded by Mr. Cyril of CyCorp.

Now, there are rumors out there talking about how "maybe" the justice-knights have been framed, that there is a lack of physical evidence-

Like earlier today, manticore attempted to apprehend these former heroes, only this time he was assisted by his fellow freedom phalanx members, Statesman and Synapse.

Sin stalker and biosphere were arrested, butanother teleported in and just as quickly teleported out. Taking the two criminals with him.

Hello and thank you both for giving us this interview.

This new evidence brings to light that the entire group, the Justice-Knights are in fact criminals and in league with cycorp. -And that our real heroes of this city are acting out of character. Namely Manticore.

We identified the teleporting super as Dr. Frostburg. A member of the same group that Sin Stalker is leader of.

It's no problem. there are many conspiracy theorists who have already begun littering the internet with sites about today's events.

To dismiss all those rumors, we have here now this cities first and greatest. Our own beloved hero, Statesman.

What about your change in attitude ?

If the public thinks I am acting different. I am.

When Sin Stalker called you out publicly as being a "fake" manticore.

such as those originally told by Sin Stalker.

Exactly. A completely ridiculous statesment. That's why I am here; To put a rest to all of this.

I am trying to give the public an image they can trust during this difficult time.

What about sister psyche ? Rumors were that her recent coma is the reason for your behavior change.

Speaking of evidence. There are those out there saying there is no real evidence-heheh, against the Justice-Knights.

Sister Psyche is a cared-for teamate to me and her recent attack is just another reason I've begun to change my ways.

But what about the rumors of continued accessive force being used by you ?

We all care about sister psyche and we just found new evidence showing the Justice-Knights may be behind her hospitalization.

But due to the nature of the situation, it won't be released until after the Justice-Knights are in custody.

--I'm sorry but that is all the time for questions.

Right, but before we go we have a message for everyone.

We do have full Evidence against the Justice-Knights.

To all citizens of Paragon City and beyond. we ask you to join us in boycotting and protesting CyCorp for their behind-thescenes criminal activities and evils.

And as for the real Heroes out there, rest. Tomorrow, like statesman's call almost three years ago... My Call goes out.

This evil Organization will be taken down.

...sending us a message.

is this all so far ?

I can't figure out if its this obedience creature rubbing it in or their way of fighting its control...

Soul Harverst is on his way but besides him, you're the only ones to respond, so far.

A group of two dozen members and only four respond to a full emergancy call.

I'm really getting tired of this open invite policy.

Regardless, let's get started. We can fill in soul later.

That's what we need you to tell us.

How am I even supose to get there unnoticed ?

The place is surrounded by police, heroes and news.

Hey guys. So what's all the mess about, this time ?

Soul, you're with me.

That offer we had earlier... I accept.

I'm Sorry. I told you that was a limited time offer...

But we can make The fifth part of the first multi issue story arch. Like Statesman's Call several years earlier, Manticore's Call goes out to the public; as...

The fifth part of the first multi issue story arch. Like Statesman's Call several years earlier, Manticore's Call goes out to the public; as...