THE FUEL AND THE DREAM by Dr. Stanley A. Clark

Dr. Stanley A. Clark has been provost of Simpson University since 2005. He has more than 30 years of experience in Christian college academic administration. An alumnus of Wheaton College, he did his graduate work in sociology at the University of Florida.

TOZER SEMINARY IS A REMARKABLE PLACE. Although it is modestly located in the lower floor of a small general classroom and laboratory building, mixed among faculty offices for the Simpson undergraduate Division of Theology and Ministry, the energy and sense of community there is palpable. So is the love of God and commitment to learning more about Him and His revelation. The passion so clearly evident in the seminary is of course not an accident; it is due in large measure, by God’s grace, to the efforts and vision of its dean, Dr. Sarah Sumner. I recently spent time with Dr. Sumner reflecting on the many changes that have occurred at Tozer since her arrival two years ago, in January 2010. She immediately restructured the staff, reorganized the infrastructure, reallocated resources, changed the curriculum, introduced a new degree, overhauled the website and gave the seminary a new motto. Moreover, she rewarded staff and students for identifying problems—so they could be solved. By the end of that first semester the seminary was set up to grow, and that’s exactly what happened: In spring 2011, Tozer Seminary achieved all-time high enrollment (dating back to 1977), drawing students from across the country. In Dean Sumner’s first year of managing the Tozer budget, the seminary ended financially in the black for the first time in 34 years. Vision and stewardship can go a long way when they are linked to each other under the guiding hand of God and a gifted leader. “Since before I came two years ago,” says Dr. Sumner, “we’ve been praying on our knees that God would build Tozer Seminary.” She cites Psalm 127:1: “Unless the Lord builds the house, they labor in vain who build it.” At the crux of the culture in Tozer Seminary is the biblical commandment to fear the Lord. The fear of the Lord frees us, so that we don’t feel afraid of other people or even the future. Dr. Sumner quotes Prov. 1:7 in this regard: “The fear of the Lord is the beginning of knowledge.” As she

explains it, “The Hebrew word for knowledge in the Old Testament is da’at, which connotes the idea of relational knowing, knowing God in a relational way. Reading books about God isn’t enough; we need to recognize God’s voice and relate to Him on His terms. To fear the Lord means to relate to Him and revere Him alone as the Highest Authority.” Perhaps the most Tozer-like thing about Tozer Seminary is its motto: Come deepen your relationship with God. On this point, Dr. Sumner echoes Jesus: “No one can serve two masters; you cannot serve God and Mammon” (Matt. 6:24). “The fear of the Lord,” she says, “effectively frees people to prioritize God over money.” The Tozer motto accords with the Tozer vision and mission. The vision of A.W. Tozer Theological Seminary is to build integrity in the Church, that is, to help the Church be the Church and not just play church. “There’s a big difference,” Dr. Sumner says, “between role playing and following Christ.” The Tozer vision informs the Tozer mission: to teach students to think Christianly. As provost, I can attest that A. W. Tozer Theological Seminary is unrelentingly mission-driven, not market-driven, and that can be a challenge. As Dr. Sumner puts it, “Thinking Christianly is difficult. It’s far easier to think selfishly or pragmatically or politically.” She says, “In operational terms, thinking Christianly requires us to put the Bible above the organizational chart. I don’t want anyone in the seminary to work for me. My job, as dean, is to lead and care for the team—and prompt everyone to work for God. There’s only one King, and that is Jesus.” During his lifetime (1897-1963), A.W. Tozer longed to see another great awakening in America, along the lines of what happened in the 18th and 19th centuries (with Whitefield, Wesley and Finney). Think Christianly; deepen your relationship with God; build integrity in the Church. Under a banner as powerful as this, perhaps Dr. Tozer’s prayer for revival will be realized through Tozer Seminary in our day… even soon. 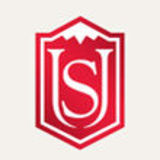 The Gateway is a nonprofit magazine published twice annually for alumni and friends of Simpson University, a university of The Christian and...

The Gateway is a nonprofit magazine published twice annually for alumni and friends of Simpson University, a university of The Christian and...