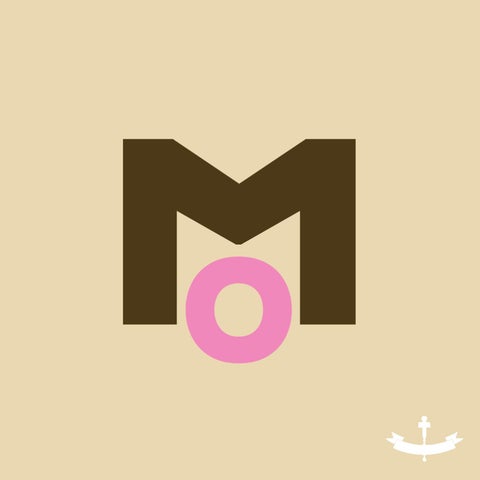 The Eloquence of the Cinematic Moustache “I’ve often asked myself the same question,” said a Gin and Italian Vermouth. “Where, I’ve often asked myself, are the great sweeping moustaches of our boyhood? I’ve got a photograph of my grandfather as a young man in the album at home, and he’s just a pair of eyes staring over a sort of quickset hedge.” “Special cups they used to have,” said the Small Bass, “to keep the vegetation out of their coffee. Ah, well, those days are gone for ever.” P. G. Wodehouse, Buried Treasure (1936) One is struck, when surveying the films of the early twentieth century, by just how many Hollywood leading men were defined by their upper lips. Moustaches were everywhere and, as a result of our distance from that time, the nuances of their appearance may be forever lost to us. For instance, from a 21st century perspective, the moustaches in Manhattan Melodrama (W.S. Van Dyke, 1934) may seem superficially similar. Both share a place in one of the fatuous categories with which we, as moustache-morons, classify (and thus, erase) the difference between varieties of facial hair. In this case, a lazy eye might claim that both Clark Gable and William Powell display examples of the ‘pencil’ moustache. And yet this description would fail to account for the way that Gable’s ’tache spreads out over his top lip (as though challenging the society that constrains him), while Powell’s is wryly clipped (contained within society, but capable of commenting upon it). In other words, these moustaches are perfectly expressive of the actors’ roles in this film, as gangster and district attorney respectively.

Nicolas Pillai We live in the era of the Event Moustache – so that today’s Hollywood stars are termed ‘brave’ for growing their own. Of course, it is this culture that makes Movember a success and so it’s churlish to grumble. Still, the concomitant lack of cultural curiosity permits critics to merely note the presence of a moustache, as though its very existence were remarkable. These Event Moustaches frequently overwhelm their films. How can we wrest horrified eyes from Colin Farrell’s effort so that we might concentrate on Michael Mann’s Miami Vice (2006)? (As a detractor of Mann, I urge you to save yourself the bother by not watching the film.) Hitler and Stalin knew the symbolic power of the moustache. At the most basic societal level, it signified potency and (of course) patriarchy. It is surely this assumption that is targeted by Groucho Marx’s marvelous bar of greasepaint. There and yet not there, it is a moustache that confounds us, cocking a snook and a cigar at convention. David Thomson once described Groucho’s persona as that of ‘the American boy […] so ashamed of the mockery that greets his aspirations to romance and prosperity that he has had to distort them’. American boys grow up to be American men, perhaps even American financiers (the Marx Brothers’ first film, The Cocoanuts, was released in 1929). Groucho’s greasepaint, along with his crumpled suit, his stogie and his crouching lope, were always the most socially incisive things about the brothers’ anarchic comedy. In later years, when presenting TV quiz show You Bet Your Life or stooging for Frank Sinatra in Double Dynamite (Irving Cummings, 1951), Groucho grew a real moustache. He was immediately safer, immediately less interesting. The anthropological history of Hollywood moustaches remains to be written, a nigh-impossible task for the contemporary author. As the years pass, the complex web of allusion, convention and stereotype that defined classical Hollywood becomes more difficult to pick apart. While contemporary audiences would have instantly understood the conventions and trends of the Hollywood moustache, we are faced with an exercise in archaeological comparison. Thus, to return to my previous example, it is impossible for us to understand Gable’s top lip without referring to Powell’s. Similarly, it would be reckless to consider Errol Flynn without reflecting on John Barrymore, or Ward Bond without Pedro Armendáriz Jr. There has been a resurgence of interest in the past few years, and it is possible that we are entering a Renaissance of the Hollywood moustache, at a moment when ‘the Bollywood brush’ is falling into sad decline. History tells us that such a thing will only be possible if there is a widespread sprouting on the top lips of the Western world. It is only when moustaches are a part of our daily lives again that we will be able to truly understand them on the screen. In the interests of film criticism, I eagerly await this second follicular Golden Age.

PAINTER’S BRUSH “My mouth blooms like a cut.” --Anne Sexton

I wore my teeth as a keyboard. My head was full of color. I walked out into the day because the day was outside. I wore the shirt you gave me, the hirsute. I wore my painter’s brush. Hide your mug, you told me. My face, once my liveliest component, is now only half the gent I should be. Still, the sun glowed like a TV set, and waiting for me, the postman delivered like an accoucheuse. I yet longed for my former face, its fogbow, its balding light. And I still thought of you as my lip-wig, my mask.

HORSESHOE Listen, man, I am going to grow a mustache. ~ Peter Davis Dear Doctor, Ming is overthinking things again, how the insole of his shoe is not just an addition but also a subtraction and removal and thin piece and part and parcel of something else, like a bizarre gestalt, rumbling like this mausoleum of cracked mannequins, each human shape dysmorphic, no, more lived in and bawdy, more delusional and grandiose, not bottled like a pale-faced Ming writing limericks about Hitler, said he hated Hitler, as if alliterating it made it hit home hard, like a sock to things unassuming, as if such reiteration, retelling of history and its darkness, was a boot, big shoe in the face of tragedy, the moguls and fashionistas craving its gravity like a libretto milked for dramatic tension, and their retinue of sycophants and manic nursemaids still happy servants to arcane ideas of good and right, no, truth and beauty, wisdom too, a superstructure of ideals glistening in this miasma of sinking labyrinths but buoyed in a slowly dying dystopia; in this, there is no equivocation clever enough, no logic, or just means, or smiles if Ming would emerge from his room, all smiles as he did in the old days, no, in his own stories, now recycled into void fill, or crushed to fit into shoes as if they still served a purpose, their fiction fading, cheap ink in rain, and how I am fanlight smiles, and the miles running back in time, memory like

Desmond Kon Zhicheng-Mingdé Ming crouching in a street corner, sucking on a Winston and Winfield like that casting director liking the sound of things he put into his mouth, this Chesterfield after the Richmond, both borrowed, from the playwright and Austrian model with pink bangs and tattoo of Aquarius behind Libra, as if Arius had drawn both in with a Surrealist’s charcoal, darkened the shoe so the sandal straps looked like shackles or falcon wings, as binding, no, as ominous as a toothbrush mustache, its strict lines, black quadrangle, no, more muzzled utterance, ready to roar into engines and rolling tanks, like Ming downing a half bottle of Bushmills, then Shanahans, wielding a shoe horn like a fencer’s foil, its invisible tip aimed at nothing in particular, as if Ming’s anger simply needed emanation, whiskey coursing in his blood, this feeling of ether, cloudless numen in dive bar body, making him levitate, and his soul soared, an egret to scan the world below, its natural features and hidden turns it already knew so well, until Ming stopped himself, said no, that no poem could bear the weight of philosophy or its abstractions, and if it did, it became something of an ugly manifesto, sly in its coercions like this roofing slate as paperweight, barefaced, wrapped in newspaper, this whirring quiet, caldarium like a sail vault, Ming shining his last good shoe, making it matter, and frowning to concentrate, eyes into thin slits, horseshoe mustache penciled in with his wife’s kohl, no, permanent marker, yes, as if the shape returned Ming to think it’s okay to just stay in, be happy like this.

WALRUS She only knew him from old photos in textbooks,his theories of perception how nothing is what it seems. He shocked a struggling nation & died too young. Perhaps insanity & Syphilis. She thinks of his big walrus mustache threatening to grow out of the picture. It would wrap around her & cause her to see the darkness at the core of everything. If she ever met him, sheâ&#x20AC;&#x2122;d be tempted to rip off that mustache & run for her life. She would cry at the long curling hairs sticking to her fingers, too delicate for this world. She would never again listen to strange men & strange theories. It was the mustache that killed him too.

PYRAMID The last regular she serviced was an aging gangster in Shanghei. He had a pyramid mustache & a distracted look. Spoke in clips. Paid for an hour’s worth of her not touching him as if body parts were overvalued, of her writhing by huge windows that could never open & threatening to jump. She couldn’t understand why it excited him. Didn’t he feel cheated? When she learned of his death a drop from 40 stories, she reversed all her schemes for love. She saw the world as triangular in shape. Somewhere, in the largest cities, there was a hidden minority of tragic men resembling Charlie Chaplin. From then on, she’d only sleep with a funny man who could tickle her & leave.

FU MANCHU The boy she wants to spin dangerous stories with wears his brother’s oversized leather jacket & a fake Fu Manchu. When she’s angry at promised suns, when he arrives w/ a smirk with a bag of no-excuses & broken alarm clocks she knows he was causing tidal waves in another girl’s bed. Before they reach the climax of another story she will take off his Fu Manchu & leave him exposed in the cracks in the free fall from rooftops in the hard & silent interrogation rooms for the crime she won’t let him commit.

PENCIL “In spite of everything I shall rise again: I will take up my pencil, which I have forsaken in my great discouragement, and I will go on with my drawing.” – Vincent Van Gogh A missile is shaped like a pencil – its long, slender body and pointed end creates history. A girl walking down the street a few steps ahead of her sister and friend, two medics who were trying to help injured people, the parked ambulance – all were annihilated by the same weapon. Above: drones - silent, unmanned planes. A metal, predatory bird that shoots a missile with precision, identifying the colors of a shirt, the features on a face – the shape of a nose, the color and length of a mustache.

In a room far away, in another country, a man sits at a desk and looks at a screen; he strokes his thick, dark mustache as he carefully contemplates, then pushes a button. There is a charred hole in the ground where the girl once stood. There are pencils that write and erase, write and erase, so that there is nothing to be read on the page. The page blank as the desert sky, blank as the smooth shell of a drone. There is a family drinking mint tea in a living room. The man holds a cup to his lips, the glass touches his mustache. A silent bird hovers above. In a split second, everyone is dead, the house is in rubbles â&#x20AC;&#x201C; arms, legs, splattered organs among broken concrete. Soon, there will be no trace.