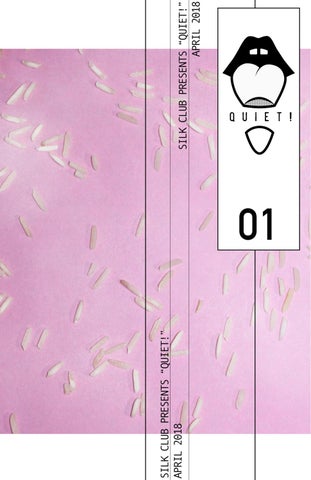 we are ni hao we are konichiwa we are “pretty for an asian” we are “you’re not like the others” we are “have you gone to this korean restaurant?” we are we are tattooed chinese characters we are oriental tigers and dragons on jackets we are buddhist beads from urban outfitters we are eastern-inspired lingerie from victoria’s secret we are

we are fetishes we are the latest trends swipe right on us touch us kiss us stick your fingers in us rape us leave us we are suppressed mental illness we donâ&amp;#x20AC;&amp;#x2122;t talk about it shh we move on

we are katana wielders we swing nunchucks suspended in mid-air backflipping off wooden posts we are sidekicks comedic relief tropes stereotypes non-essential background sometimes we are even white people scarlett johansson-san!

we are deported we are greencards we seek refuge we are valued by our contribution to society but only if it’s scientific or financial or medical you can stay you must go where will we go?

Dipped in gold, laced in silk I rip the threads of the qipao off of my yellow body As mama prepares me for my first picture day I want to be like them I want to dress like them At lunch They ask me if I eat rice for every meal Looking into my almond shaped eyes They wonder why Iâ&amp;#x20AC;&amp;#x2122;m so quiet In Texas Everything is bigger And better So you better Own cowboy boots Or eat Whataburger

I bite into the thick layers of meat Stacked with cheese and enveloped by crisp buns Savouring in my mouth I want to taste as much as possible I want to taste American. Assimilate Swallow me whole No more wearing qipaos to picture days Or bringing rice to school for lunch Stripped of my silk, washing off the gold I am no longer a chink But the smell of mama’s 臭豆腐 cooked by her immigrant hands And the torn qipao hanging in my closet Tell me otherwise Time to remember my roots

I am East, Living in the West Juxtaposed with separate identities that make me whole. A dual life Don’t forget to dip my name In gold Because I’m blooming in color Dressed in silk.

This is a compilation of interactions between the children of first generation Asian American immigrant children and their parents in which young first generation Asian Americans were asked to text their mother “Hey Mom, how are you doing?” I frequently reflect on this aspect of my relationship with my family because my dysfunctional and non-normative family has played a key role in shaping who I am today. When I say “normative” family what do I mean? The most common American family structure seen in mass media is the nuclear, heteronormative, and monogamous family. They’re probably white, own a minivan in suburbia, mentally stable, and very tight knit. Growing up, I felt very alienated from my family as a queer femme; my relationship with my parents didn’t seem anything like my friends’. Many topics were taboo in the house and I couldn’t defend myself to my parents in the same way my friends could nor go to my parents for advice about friends, love, or my body.

As I grew up I began to meet other first generation immigrant children with equally restrictive parents. Connecting to other South Asian diasporic femmes was particularly healing, since we could find comfort and solidarity in discussing the ways in which family acted to isolate and shame us, while simultaneously forming the familial and cultural relationships with each other that had been denied to us within our own families. Recently, I helped in organizing a week long event at the University of Texas at Austin called BIWOC Week, or Black Indigenous Women of Color Week. Day 4 was dedicated to relationship health and was hosted by Christina Bui, Ijeoma Chinedo, and Milla Lubis; they covered all forms of relationships, including familial, platonic, and romantic relationships, that women and nonmen of color experience.

This quickly turned into a large discussion between nonmen of color in which we shared, cried, and related on our experiences growing up in a world that worked against us - within our communities and outside of them. Many of us reflected on having lived in an authoritarian household where parents had a majority of the control in their relationship and were restrictive on what their children could do. But of course this wasn’t the only narrative of immigrant family dynamic that was presented; many shared stories of living in supportive or neglectful households, and how that shaped their relationships today.

I collected these screen captures from members of Silk Club as well as any Asian American friends through several social media platforms. The diversity in familial relationships shown in this project is just as diverse for Asian first generation immigrant children as it would be for non Asian immigrant children. I was happy to see how heterogeneous Asian family dynamics were: many used specific cultural names to refer to their mother, spoke in a different tongue, or used different messaging apps. Some people told me that their parent never responded to their message and others told me their parents called them immediately upon receiving the text. I don’t have a talking relationship with my mother and only right after pitching this project idea did it occur to me that I wouldn’t be able to add a conversation between my mother and I to this collection. This collection of screenshots gives us a peek into the diversity and depth of first generation Asian American familial relationships. Highlighting the linguistic differences of these screenshots denotes that there’s no one way every Asian in the diaspora adaptes into American culture (nor one way our parents adapted to using technology lol). The actual responses show us the different stages of investment and formality that can exist between emerging adults and their parents, with some parents responding with entire paragraphs while others respond 15 hours later saying “Good. How about you?” The diversity in submissions here works to show that family shapes how you move and react in the world but that there is no “normative” way of experiencing family nor living in the diaspora.

BUY YOUR COPY AT SILKCLUBATX.COM <3 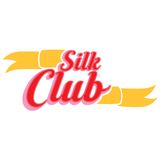