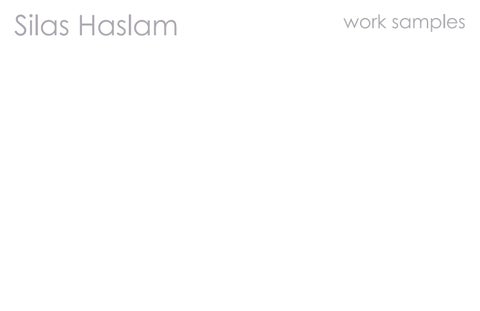 Construction administration for a multi-phased MRI relocation while working within an accelerated schedule Support site preparation enabling projects for the bed tower’s construction; required extansive coordination between civil, mechanical, electrical, and plumbing consultants as well as the general contractor; addition of temporary egress passageway and other life safety components.

Prior to or after site walks, reviewing the Navisworks BIM coordination model in VR often resulted in faster reviews when used in addition to construction drawings.

Hospital facilities management staff were able to have virtual walk-thruâ&#x20AC;&#x2122;s of their mechanical spaces before construction began.

This renovation is UNC Healthcareâ&#x20AC;&#x2122;s first incorporation of the new LEAN model for outpatient treatment emphasizing patient self-directed check-in and way-finding, thus resulting in shorter wait times and staff needs for in-take processing. The interior design highlights efficient, easy to read wayfinding using a spatial heirarchy of corridors which, from the main entry, branch off and guide patients to unique destinations.

other projects at a glance... UNC Clinics at Meadowmont Renovation

Voted for best coffee in San Francisco, Philz Coffee quickly emerged as a popular go-to for the city. The chain was quickly expanding into several regional communities and asked the design team at McCall Group to take the original Mission District storeâ&#x20AC;&#x2122;s character and merge it with the local communities they were moving to. I was involved in many client meetings, DD and CD preparation, as well as implementing an FF&E package for their Westborough store. Much of the interior design was a result of finding local repurposed furnishings and materials found in the Mission District and other local neighborhoods.

Manchester, Richmond’s Industrial Parkland: How to Grow Anything

Manchester was once Richmond’s industrial competitor and a thriving independent township. Bordering the southern edge of the James River, the area is now absent of any significant business; this fact is most apparent in the abandoned five-block Reynolds Aluminum Factory complex and n e i g h b o r i n g vacant, overgrown lots. However, the popularity of Richmond’s river park system coupled with the local notable universities inspired a project which reoccupied the factory with highly adaptable spaces for vocational schooling and business incubation.

Additionally, the open lots were converted into an extension of the park system. Due to the factory’s location along this chain of lots, the building over time would become part of the park and feature a large vegetated rooftop which would take advantage of the views across the river to downtown Richmond.

With more than 50 percent of the worldâ&#x20AC;&#x2122;s population now living in cities, the 26-acre Hudson Yards in west Manhattan represents an opportunity for adopting largescale, hyperdense sustainable building practices. After the area was re-zoned for mixed-use residential and commercial, a program was proposed calling for a total of 13.5 million square feet which would house 15,000 people and accommodate an additional 35,000 workers. The site would incorporate a light rail system into nearby Penn Station and Javits Convention Center as well as having a variety of building program at the street level. In addition, two super-tall towers draw from local block typologies that are then oriented vertically, thus re-creating a city-based infrastructure in the sky. An agricultural element was included on the southfacing upper halves of the towers that supply food for the residential population and an additional 25,000 people, thereby reducing the need for importing food and the transportation costs that come with it.

In order to encourage appropriately high densities and retain the possibility of future density increases, a lease of development rights is proposed. The MU-C and MU-R zones must lease development rights from the MU-N and INS zones to build to the maximum heights allowed in the zoning (1-2). The MU-N and INS properties will recapture building rights after 20 years which will provide an opportunity to reassess the local market for increased density and development (3).

Office, residential, and park programs on northern sections of towers and at street level.

Network of horizontal and vertical public spaces and thoroughfares .

Penn Station Elevated light rail connection to Penn Station with terminals at the main towers and other key points.

As part of the Chicago Architecture Biennial exhibition “BOLD: Alternative Scenarios for Chicago,” Perkins+Will’s design leadership held a firmwide design competition and invited outside jurors to decide on the finalists. The competition focused on developing a masterplan for 200+ acres of land just south of Chicago’s urban core, which is one of the largest remaining areas looking for a creative solution to vitalize this otherwise underutilized opportunity.

The Chicago River is a critical component in identifying the sense of place of the competition site. The river path has consistently been modified to accommodate urban development while the flow direction has been changed to push pollutants to the south. However, we proposed to redevelop this area with a long standing goal: purify the Chicago River. This area will not be further developed without improving the river’s water quality and direct interaction with the water will never become a reality until real, largescale decontamination efforts are instituted. Using old river paths as datums, we developed wetland and a landmark building as a system to purify the water while converting adjacent unused streets and block into pedestrian-friendly parks.

morning on the promenade