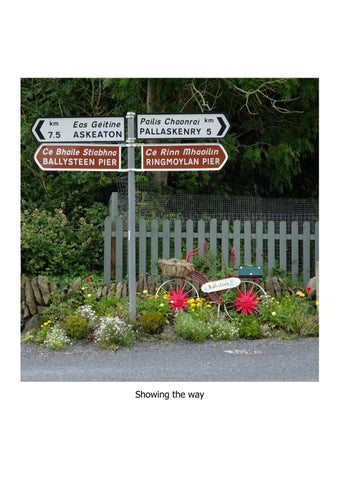 St Patrick&#39;s Church, Ballysteen: 1861; site donated by 3rd Earl of Dunraven. In Gothic Revival style, the design is enhanced by subtle dressed and cut blue limestone. In keeping with the Gothic style, all the windows are lancet: double lancet on the south side and single on the north, with triple pointed stained glass windows on the east and west elevations. Celtic cross finials on the east and sacristy gables, together with the integrated Gothic sacristy chimney and, on the west elevation, a prominent limestone bellcote, all combine to add grace to the design. The church maintains its original external appearance without alterations, and retains its original furnishings inside: pews, timber confessional boxes, and timber cruck roof supports. The generous grounds set off the building to advantage. Ballysteen Carnegie library: 1908-1909; interior renovated in 1994, but in disrepair since, is now fully restored and re-purposed. Eighty public libraries throughout Ireland were grant-aided by Andrew Carnegie, the Scots-American philanthropist. The Carnegie stipulation was that the libraries were to be owned, used and maintained by the community. Funding was not initiated by Carnegie&#39;s representative, but was granted only in response to applications submitted on behalf of communities through their local councillors. In consequence, distribution of the libraries was uneven, and it is remarkable that, of the 62 library buildings in the whole of Ireland that survive, 14 were built in West Limerick ( NIAH).

Beagh Church: 15th/16th century (present building) A Viking prince debarked at Beagh in 824 on his way to Limerick; subsequently converting to Christianity, he returned to Beagh and built a church there in thanksgiving. In 1237 Beagh church and its accompanying lands were restored to the bishop of Limerick by Keynsham Abbey in Somerset, and was up to the 16th century the parish church for Iverus. In 1840, the north and south walls were reported as &#39;almost intact&#39;, but in modern times the south wall was rebuilt from the base up, re-incorporating the original lancet window. The upper portion of the north wall is also a modern re-build (J.M. Feheney, Ballysteen, pp. 68, 140).

Beagh Churchyard: a box tomb over the vault of the Joynt family, off the SW corner of the church building, bears what is perhaps the oldest discernible date among the grave markers, 1760. One other grave marker bears a date of 1795. A modern memorial, of the O&#39;Neill family, also near the SW corner, marks the resting place of the remains of Paddy O&#39;Neill, United Irishman, who, after bravely shielding his comrades from detection, was executed at Askeaton in 1798.

Beagh Schoolhouse: a Church of Ireland school built in 1829 by the Rev Richard Murray. Though now in use as a workshop, it retains its essential original form and materials and makes a pleasing focal turning point on the road to Beagh Castle.

Prospect House (below): built between 1840 and 1850 by William Waller of Castletown. Formerly known as Prospect Hill, the house stands on the site of an earlier house. The retention of the sash windows preserves an original appearance, and the porch pilasters, pediment and prominent fanlight add architectural detail. A modern celebrity connection is that the house was for a time owned by Burl Ives, the American film actor and folk singer.

The lime kiln is Ireland&#39;s most numerous (as many as a quarter of a million) and widely distributed industrial monument.1* In the parish of Ballysteen one is to be found as above at Beagh on the Downes property, one on the Feheney farmstead at Ballinacourty, a third at Ballycanauna on the property of David Naughton,2* and a fourth has recently been uncovered near the Beagh Castle cottages. These would have been most probably single-firing kilns, unlike those in the diagrams here in which alternating layers of fuel and lime were burnt, thus ensuring a continuous output. The Irish lime kilns were the product of an 18th century belief in a ubiquitous benefit of applying lime to soil, even where limestone abounded in the subsoil. In construction, of course, lime-based mortars were used by the Egyptians, the Greeks and the Romans, so lime-burning has a long history. In Ireland, wood, furze, culm, coal and turf were all used as kiln fuels.3* 1* Ulster Archaeological Society survey report no.18, citing Colin Rynne 2* J.M. Feheney, Ballysteen, p.149 3* Ballincollig Heritage website

Castleview House, Beagh: built c.1800, is recorded as the residence of the Rev Mr Caulfeild in 1840 and was in use as a rectory until 1848. The cobweb fanlight over the door adds distinction, but the modesty of the facade, otherwise unadorned except for render quoins, suggests the former use (NIAH &amp; JMF, Ballysteen)

In the 1870s and earlier the construction of dykes greatly altered the appearance of the coastline. The line of the first dyke can be identified on both maps. Bushy Island ( Oileán an Ridire), Waller&#39;s Island, and the easternmost, Pigott&#39;s Island, are all now connected to land via causeways from the dykes.

A stretch of the old, natural, Shannon banks at Ballinacourty

Waller&#39;s Island: the remains of a glacial kame

and now rapidly eroding away

Bushy Island is a rocky remnant of its former self, left over from quarrying

Beagh piers: the old drystone pier above was known locally as &#39;Downes&#39; Pier&#39;, here shown as reconstructed in 1994 with the added staircases at its east and west sides. A &#39;seaweed pier&#39;, formed of upright stones to retain hanks of harvested seaweed, lay parallel to the eastern side of the old pier and remained intact after the reconstruction, but was later in an unapproved action stripped of its stones to construct a ramp – reportedly to facilitate water sports.

Beagh pier (above), 1904: note the iron bollards, cast in the foundry of Lee &amp; Co., Limerick. The then hoped-for expansion of steamer traffic did not materialise. Spiral straircase in foreground was added as part of restoration works undertaken by the Ballysteen Heritage Committee in 1993/4.

Beagh Castle: by 1260 the castle at Beagh was one of the chief fortifications of the Norman Fitzgerald Knight of Glin. Sitting on a rocky bluff, its position is commanding. In 1840 the castle walls were reported as &#39;standing and perfect&#39; and its spiral stairway accessible to the top. Some time after 1840 and before 1900 the castle&#39;s present disfigurement was caused by the plundering of the quoins of the eastern wall. When the mullioned windows were removed is not recorded. (J.M.Feheney, Ballysteen, pp.140-141) Some who embarked from Beagh pier or nearby never returned. Accounts of various shipwrecks down the years are to be found inThe Limerick Chronicle. In 1827 a party of twenty-five from the Ballysteen area set out &#39;to collect seaweed in the neighbouring islands&#39;. A storm getting up, and heavily laden, some of the party chose to remain on the islands. The thirteen who attempted the return voyage perished when the vessel foundered a few yards from land. Ten years later, in December 1837, a &#39;small oat-carrying lug sail&#39; was swamped in a squall, near Ballysteen, and the two of the three on board, the pilot and his apprentice, drowned. A National Folklore Survey account from Askeaton NS, 1937-1939, tells of three boats from Askeaton fishing for herring near Beagh Castle on 30 October 1917 when, in a storm, delaying because the fishing was good their return to shore, one of the boats capsized with the loss of two men. Also, from an earlier era, a stone slab in Castletown cemetery commemorated five Waller tenants who went in small boats to the aid of a sailing ship that foundered in a storm on the Shannon in 1778, and who died in the rescue of 60 passengers from that vessel.

Ore was exported from Ballysteen Quay, built in the early 19th century by Edward Odell Westropp

Built in 1809 by General John Westropp on the site of an earlier house. The timber-panelled door and columns are original, as is a blind window on the ground floor (JMF, Ballysteen, p.144; NIAH/NUIG Moore Inst).

roadside benchmark, Ballinacourty A riddle, perhaps a trial piece, since such cut marks were placed in fixed positions, usually on dressed stone. It is hoped to photograph more historical stone survivals throughout Iverus and its hinterland, to make up a photo database as a marker for future generations.

Slieve Bernagh winter profile, from Ballinacourty the Clare coastline backdrop is one of the rewards of living on the southern, Iverus, shoreside.

Digressing back westwards from Ballinacourty for a moment: this is Doody&#39;s well, Doody&#39;s Hill, Courtbrown; a roadside public well, never known to fail, even in the great drought of 1976. It&#39;s water quality was considered the purest. Drainage works have since sapped its source and the level is, sadly, much diminished. Its stillness is disturbed here only by the photographer&#39;s activities – his thanks to AH, JH and PF who spontaneously, on the spot, confirmed the location and provided this information. JH adds, moreover, that the land on the Iverus side of the Deel estuary was rich in well water, unlike the land on the West side, and was valued for that.

Nearby is Goleen Bridge, known as &#39;the washing bridge&#39; – it was taboo to do washing in wells. Here a little further downstream is the channel, about to enter the Deel estuary, that receives the ouflow from Gortnagranagher Lough.

And here, back at Ballinacourty House, is a well which despite it&#39;s familiar rustic appearance is still supplying potable water, albeit nowadays via a pump.

Castletown Church (below left) was designed by the distinguished architects James and George Richard Pain. This Board of First Fruits Church of Ireland church was built in 1831 and is formally known as Kilcornan Church. This building replaced an earlier church built in 1785, which in turn had replaced a 17th century church. The square crenellated tower, the flanking porches, the prominent finials and the cut limestone moulding over the main door and hooded mouldings over the porch doors and upper tower windows are among the many features that make this building an adornment to the landscape.

Castletown graveyard: in the townland of Moig East Glebe. One authority locates the 17th cent. Castletown Church in this graveyard, thus making it, properly, a churchyard. The NIAH note finds the earliest legible headstone to be dated 1793, although the Diocesan Heritage Project for Kilcornan parish finds one here dated 1733. As previously noted, there was a memorial slab to persons who died in a sea rescue in 1778, mounted on the north wall (inscription in Ó Corrbuí, 1975, 155, also in JMF, Ballysteen, 117). Besides formal gravestones, there are numbers of rough stone markers to be seen; these would have born no inscriptions and must be of unknown early dates.

Many more photo features relating to Iverus, Kenry/Connello and Shannon Estuary can be found in the Iverus Research Foundation website magazine.

Iverus has an estuarial rather than an inland climate. Ground frost is rare, but hoar frost as in this Ballysteen photo is a product of the dewy estuarial damps.

In summer, the long skies of the western estuary offer magnificent sunsets, as here, from the same spot.

Point of View, Beagh a splendid view, in all weathers 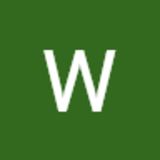