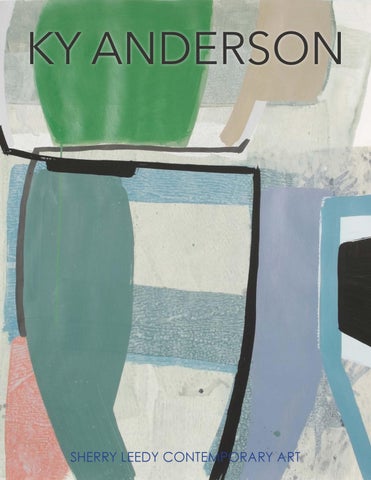 Ky Anderson The Cave There is something there in Ky Anderson’s paintings that calls to mind the paintings of Philip Guston. Their work really doesn’t look alike, but there

is something there that feels alike. Guston said, “It is the bareness of drawing that I like. The act of drawing is what locates, suggests, discovers. At times it seems enough to draw, without the distractions of color and mass. Yet it is an old ambition to make drawing and painting one.” That ambition is there in the work of Ky Anderson.

berates and gently makes trouble. Contradictions and complexity tussle with simplicity and clarity, line and color prod the conversation until a truce of balance is declared.

The painting stands as evidence of

freedom and search, question and discovery, possession and exploration. Anderson’s paintings flourish as an otherworld composed of an

acoustical space that is atmospheric, sun bleached, propped up, tapered

and stretched by line and shape, making visible the invisible connec-

tions between the weights, pulls and supports of the world around us. Ky Anderson has lived and worked in Brooklyn, NY for over twenty years.

She grew up in Kansas City, Missouri and graduated from The Kansas City Art Institute in 1995. Anderson’s work is exhibited across the country

including New York, San Francisco and Chicago. She continues to have strong ties to the Kansas City community and we are pleased to present 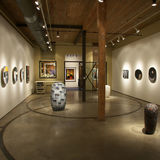