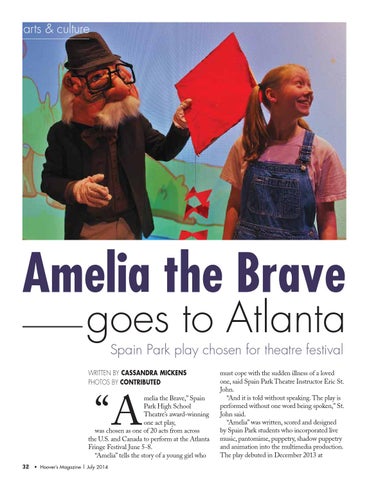 melia the Brave,” Spain Park High School Theatre’s award-winning one act play, was chosen as one of 20 acts from across the U.S. and Canada to perform at the Atlanta Fringe Festival June 5-8. “Amelia” tells the story of a young girl who 32

must cope with the sudden illness of a loved one, said Spain Park Theatre Instructor Eric St. John. “And it is told without speaking. The play is performed without one word being spoken,” St. John said. “Amelia” was written, scored and designed by Spain Park students who incorporated live music, pantomime, puppetry, shadow puppetry and animation into the multimedia production. The play debuted in December 2013 at