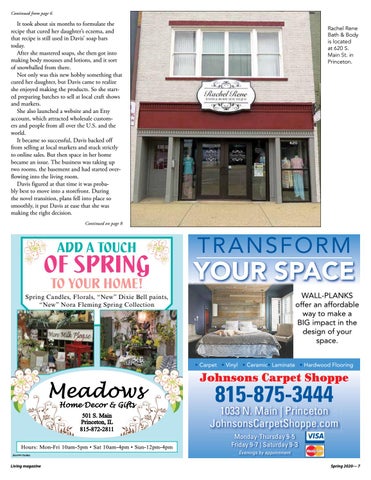 It took about six months to formulate the recipe that cured her daughterâ&#x20AC;&#x2122;s eczema, and that recipe is still used in Davisâ&#x20AC;&#x2122; soap bars today. After she mastered soaps, she then got into making body mousses and lotions, and it sort of snowballed from there. Not only was this new hobby something that cured her daughter, but Davis came to realize she enjoyed making the products. So she started preparing batches to sell at local craft shows and markets. She also launched a website and an Etsy account, which attracted wholesale customers and people from all over the U.S. and the world. It became so successful, Davis backed off from selling at local markets and stuck strictly to online sales. But then space in her home became an issue. The business was taking up two rooms, the basement and had started overflowing into the living room. Davis figured at that time it was probably best to move into a storefront. During the novel transition, plans fell into place so smoothly, it put Davis at ease that she was making the right decision.

OF SPRING TO YOUR HOME! 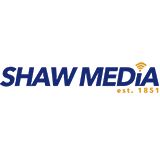